Arradondo said the department will need a budget that allows them to address the increase of violent crime in the city. 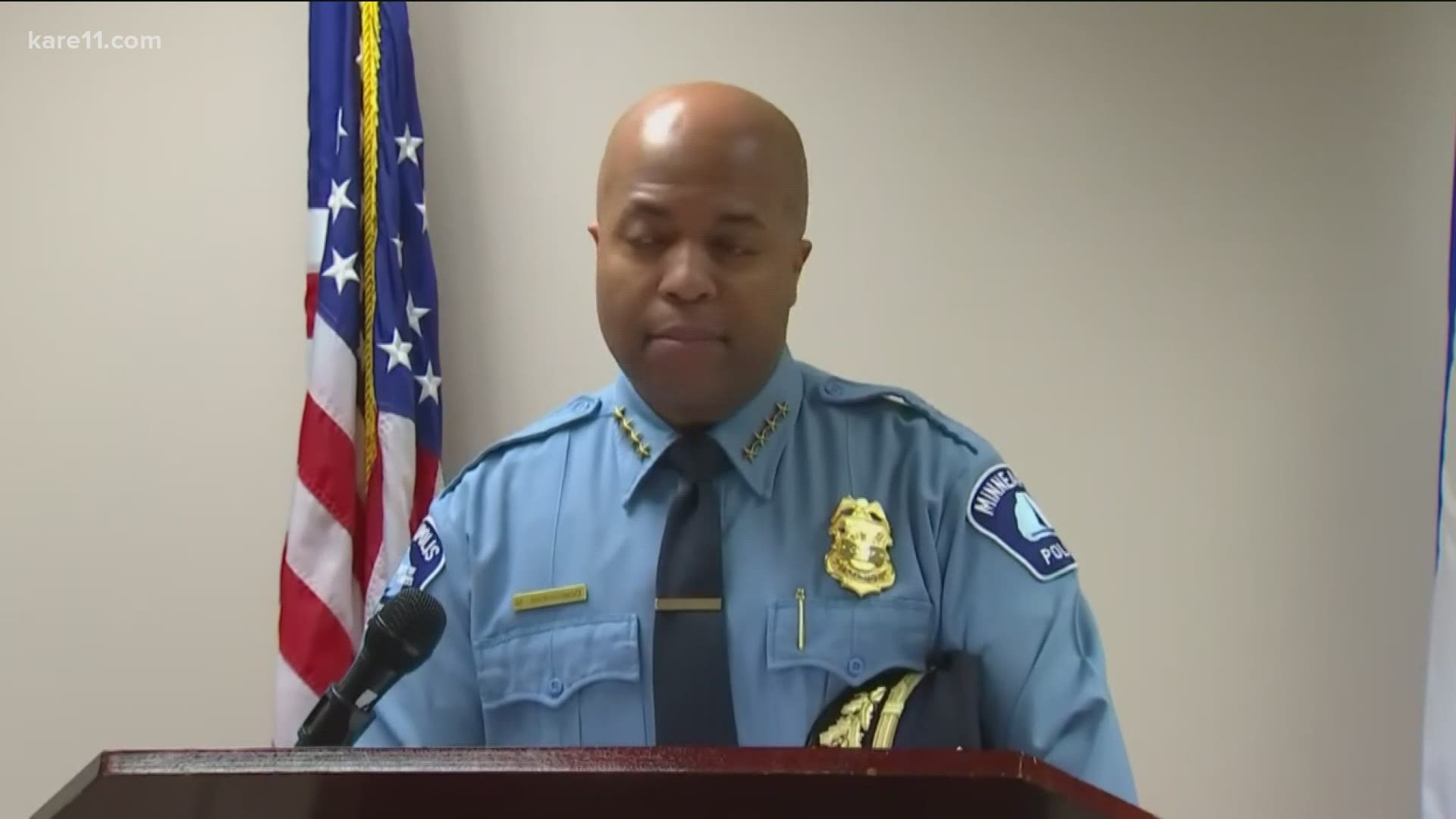 Frey said the community is telling him they want law enforcement response to be more than just police and to include mental health resources.

Frey said he does not want to sign a proposal that would simply reduce the number of police but rather redirect some resources to different kinds of law enforcement response.

Arradondo said the department will need a budget that allows them to address the increase of violent crime in the city.

On Friday, City Council President Lisa Bender along with members, Phillipe Cunningham and Steve Fletcher, proposed the “Safety for All Budget Proposal.” Under the plan, the city would cut $7.9 million from the MPD budget and direct more money toward mental health responders and violent crime prevention. The plan also calls for a target of 750 officers, rather than the 888 called for in the mayor’s budget.

“I am deeply concerned with any further reductions to the MPD budget that impacts our current or future staffing, that is not based on clearly defined data and that has not been properly communicated to our city residents and business owners,” Arradondo said.

Arradondo said he has been a firm believer for years on alternative first responder measures, however, he added that regular police response is needed in Minneapolis to continue addressing violent crime.

"We cannot compromise the public safety of a resident," Arradondo said.

Frey and Arradondo urged elected officials to wait for a third-party staffing study to be completed before determining any changes to the police department.

"This is literally a life and death matter right now and we need to get it right," Frey said.