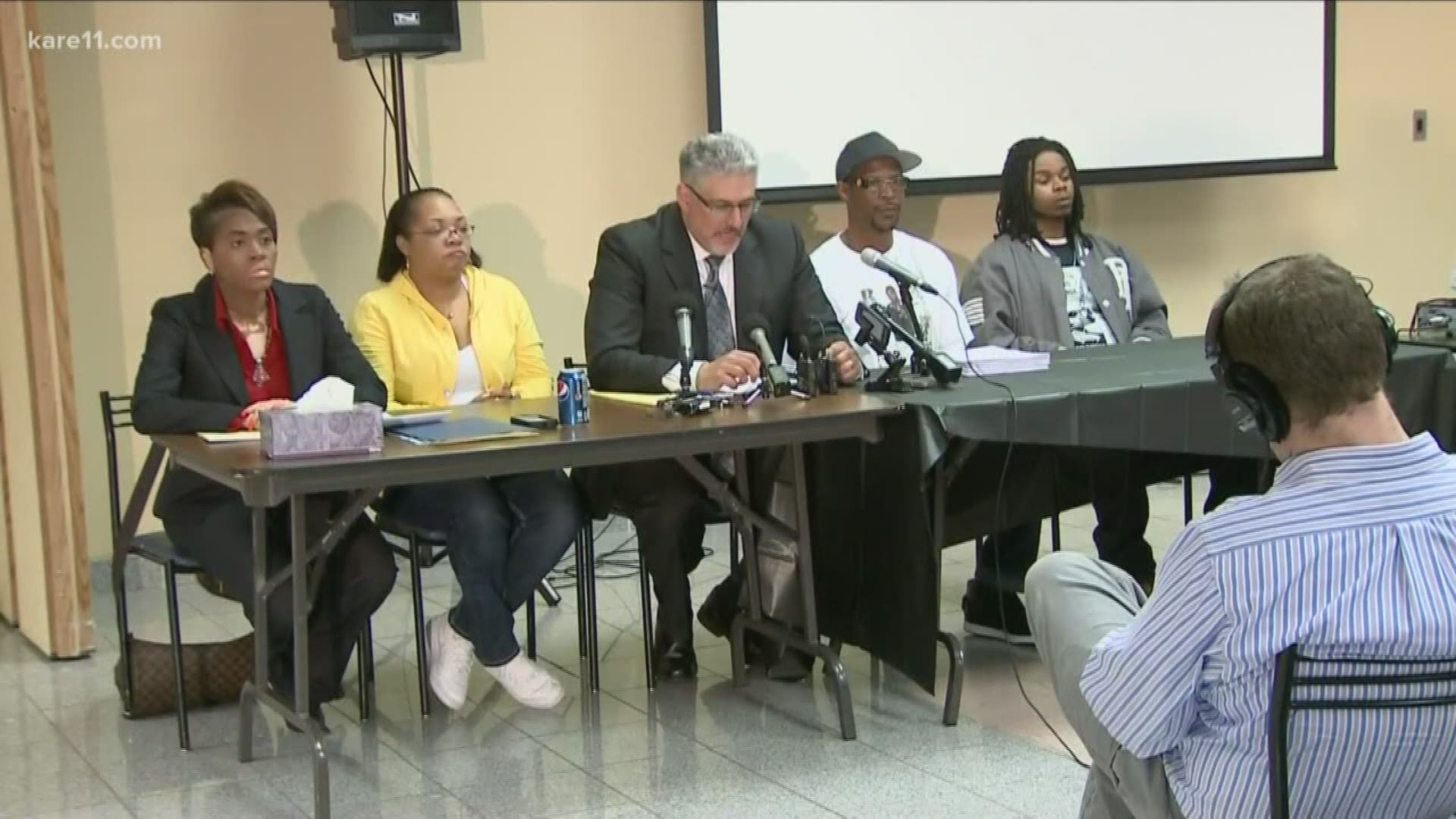 MINNEAPOLIS — The City of Minneapolis has reached a settlement with the family of a man shot and killed by police in 2013.

According to the city clerk's office, the settlement with Terrance Franklin's family is for $795,000.

Terrance Franklin, 22, was shot by Minneapolis Police on May 10, 2013, at a home he was accused of breaking into in south Minneapolis. The shooting followed a lengthy police chase. According to police, Franklin wrestled a gun away from one of the officers, and shot and wounded two officers before being killed by police.

Franklin was allegedly being pursued for a possible burglary attempt.

Franklin's lawyers said at the time that a video showed officers surrounding the home, and two of them could be heard using a racial slur.

Then-police chief Janee Harteau said at the time, "These accusations are not only preposterous but without merit."

The lawsuit was filed in federal court against Minneapolis police officers, Harteau and the City of Minneapolis. It alleges that one of the SWAT team members used a racial slur against Franklin in the moments before the shooting, and that when he was shot, Franklin had surrendered and was unarmed. The lawsuit also claims that Franklin did not wound two officers, and that they were hit by an "accidental discharge" of one of the SWAT team's weapons.

In September of 2013, a grand jury determined the officers were justified in using deadly force.

In 2014, DNA evidence linked Franklin to a gun found hidden in a sock near the scene. Although the gun itself did not have traceable evidence, the sock was linked to Franklin. Police said that gun matched the serial number of one stolen in the burglary the previous day that started the entire chain of events.

Mike Padden, who was representing Franklin's family, said they are "happy there's resolution."

"It's been a long time and all of them are pleased that it’s over with," he said.

Padden called it a "poster example" for why body cameras are needed in the field.

Minneapolis City Council President Lisa Bender told KARE that the council was "very motivated to help everyone move on."

"We have significantly changed policy within the police department. We have new procedures  for de-escalation," she said. "Every police officer on our force is trained in de-escalation policy, and racial and implicit bias training. We have new body-worn cameras which were not in place at the time [of Franklin's death]."

“Policing practices have changed significantly since 2013 and technology like body cameras now help shine light on critical moments. My heart goes out to everyone involved in today’s settlement.”

This is a developing story. KARE 11 will update it as more details become available.