Police said the man was the seventh person shot in the city over the weekend. Among them, a young girl who was playing on a trampoline with other kids. 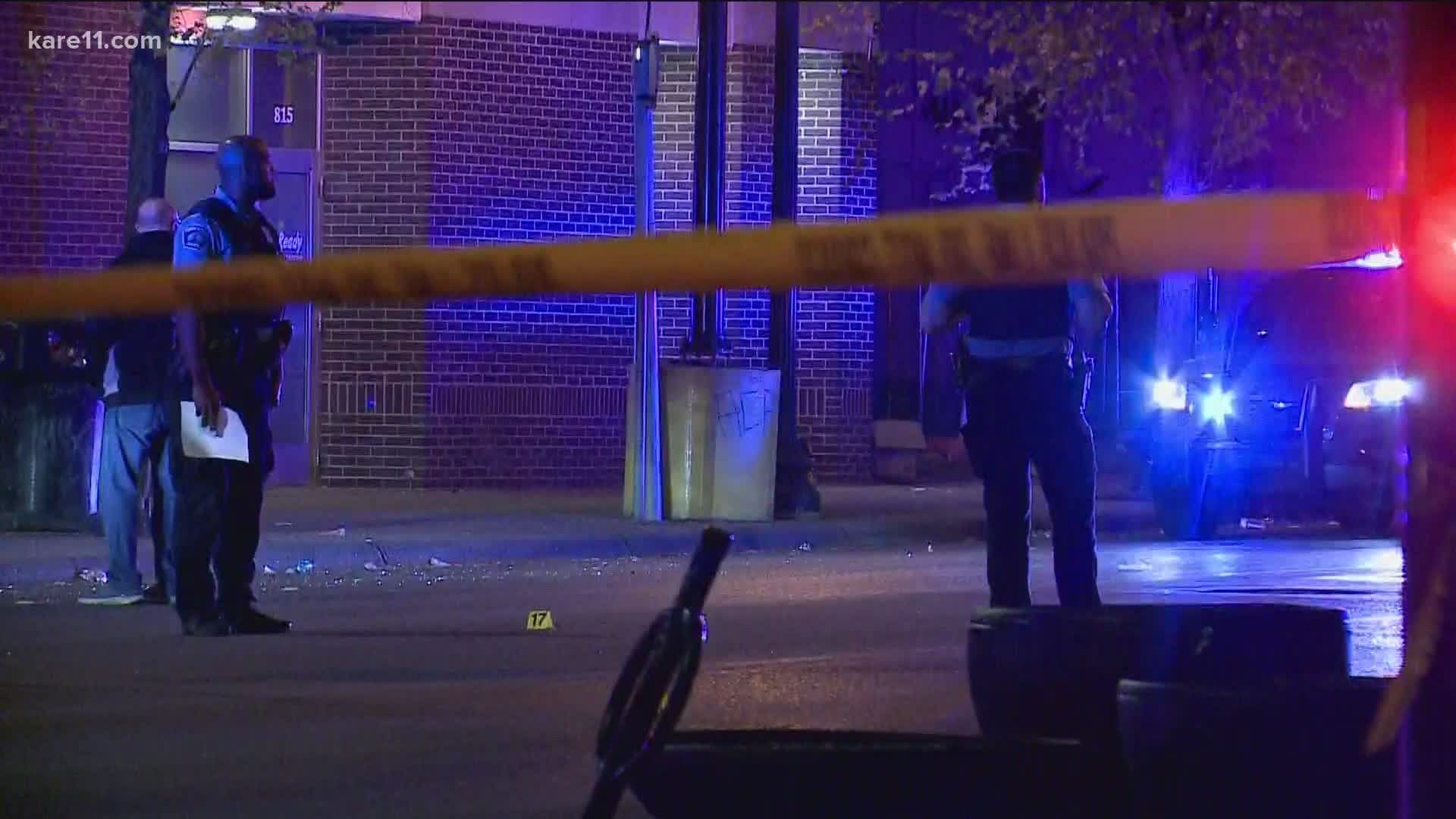 MINNEAPOLIS — Minneapolis police said seven people were shot, one fatally, over three days in the city.

Six people were injured by gunfire across the city on Saturday and early Sunday, including a young girl. On Monday morning, the number increased to seven.

Minneapolis Police Spokesman John Elder said that early Monday morning, a man was fatally shot and a woman struck by a car in the Ventura Village neighborhood.

Police were in the area of Elliot Avenue and East Franklin Avenue just before 1:30 a.m., near Peavey Field Park, on a report of shots fired. Additional callers told police they could hear a woman screaming.

When officers arrived, they found two people injured. A man was found dead from apparent gunshot wounds and a woman was found critically injured after being struck by a vehicle.

The man's name has not yet been released. The woman was rushed to Hennepin County Medical Center in an ambulance.

Officers believe that a vehicle or vehicles were headed west on Franklin Avenue, when at least one of the vehicles pulled a U-turn near Elliot Avenue and fired at the man. That vehicle then drove south on Elliot Avenue, police said, fleeing the scene.

They believe the woman was struck by the vehicle before it turned onto Elliot Avenue, and before the shooting took place. Police said they think she was walking in the street or very close to it when she was hit.

Minneapolis' Homicide Unit is investigating. The police said no one is in custody at this time for this crime.

This is the 27th homicide in Minneapolis in 2021. Last year at this time, there were 14 reported homicides.

Six other people were injured in shootings on Saturday evening through early Sunday. One of these victims was a young girl who was playing on a trampoline with other children when a red four-door Ford drove by and opened fire. Police have listed her condition as "very critical."

RELATED: Girl in critical condition after being shot in the head in Minneapolis Saturday night