The 52-year-old man used a fake name, and had amassed more than 10,000 followers on TikTok. 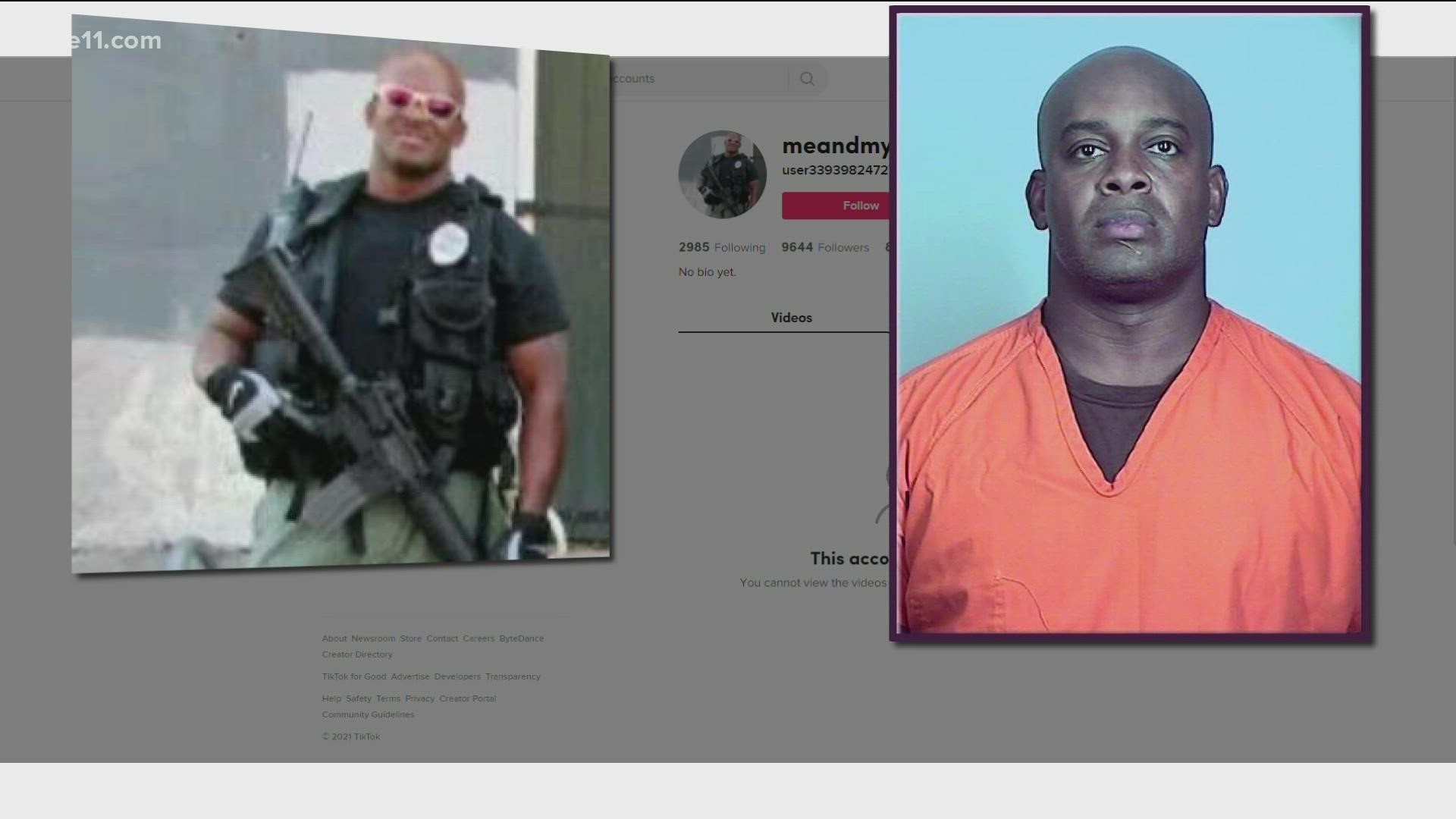 MINNEAPOLIS — A Minnesota man with a history of pretending to be a police officer is accused in federal court of falsely claiming to be a federal agent.

Authorities said in a complaint filed Friday that 52-year-old Reyel Devon Simmons, of Dodge Center, used the fake name "Rey Reeves" and regularly represented himself as a federal agent on social media.

Investigators say Simmons had more than 10,000 followers on TikTok, including one woman from Georgia who began a romantic relationship with Simmons. The woman told investigators he regularly carried a handgun in a holster on his hip, and possessed a badge and law enforcement credentials.

She was eventually alerted about the ruse by another TikTok user.

His TikTok profile photo showed him wearing law enforcement gear, and in a number of posts displayed firearms, badges and other equipment.

According to court documents, Simmons is not, and has never been, employed by the United States Department of Homeland Security.

The criminal complaint and affidavit also says Simmons has an extensive criminal record which includes convictions for menacing and assault, and felony soliciting prostitution that prevent him from owning or possessing a firearm. He was also charged in two cases of impersonating an officer in 2004 while living in Colorado.

The FBI is asking anyone who may have interacted with Simmons to contact them at 1-800-CALL-FBI or submit tips online at tips.fbi.gov.