Authorities in Naperville held a news conference to announce the charges, two days after Barry Lee Whelpley was arrested in Mounds View. 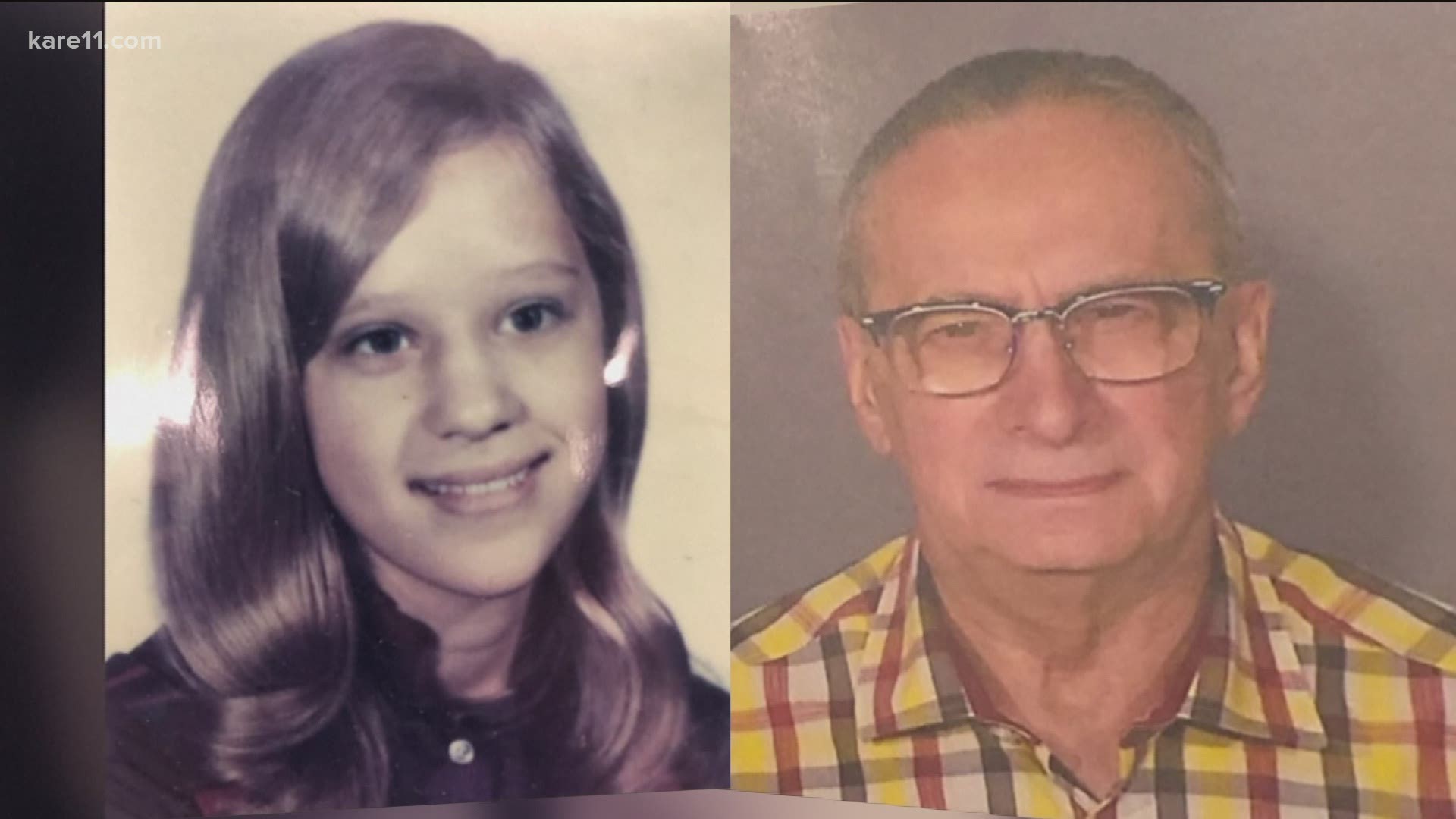 MOUNDS VIEW, Minn. — A Minnesota man will be extradited to Illinois to face three counts of first-degree murder in a decades-old case.

Barry Lee Whelpley, 76, was arrested in Mounds View on June 2 on a fugitive warrant out of Will County, Illinois. He is charged with three counts of first-degree murder in the July 1972 death, according to the complaint filed in Ramsey County District Court.

ABC 7 News in Chicago reports that Whelpley lived in Naperville, Illinois in 1972. He was 27 when prosecutors allege he killed 15-year-old Julie Ann Hanson. Hanson's body was found in a cornfield on July 8, 1972.

Investigators at that time said she had been sexually assaulted and stabbed 36 times.

Will County authorities confirmed that they will attempt to extradite Whelpley, and asked that he be held without bail in Minnesota. Bond was set at $10 million during a court hearing Friday.

"This horrific crime has haunted this family, this community and this department for 49 years," Marshall said. "The investigation and resulting charges were truly a team effort that spanned decades, and I could not be more proud of the determination and resourcefulness of our investigators, both past and present, who never gave up on Julie."

"As you might assume it has been a long journey for our family. We are forever grateful. To all those who have worked on this case throughout the many years, we would especially like to thank 'Team Julie,' who are truly Julie's heroes."