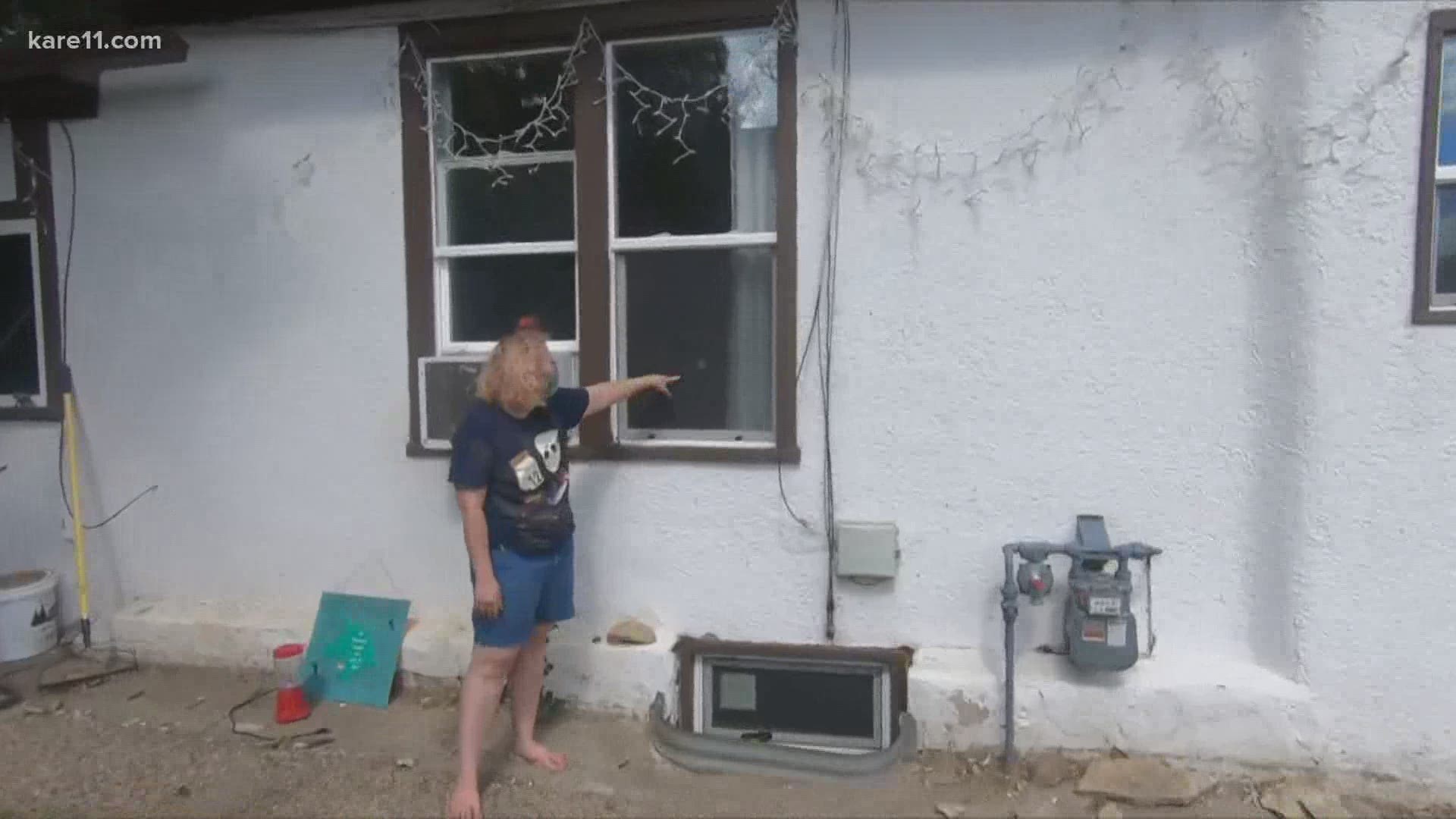 MINNEAPOLIS — Katie Owen’s home sits on the edge of the Jordan neighborhood in north Minneapolis.

On any given night – she’s inside working on projects for her small business.

On Wednesday night, she was in another room watching videos.

When all of a sudden, “I hear this bang and I was like what was that, what was that, it’s really weird,” says Owen. “I thought my 3-D printer had shorted out, it was ruined.”

Video inside Owen’s home captured a bullet coming straight through a side window. “It went through a plastic blender top, through the door, through some wood signs that I have, behind the door and lodged itself in the wall,” says Owen.

The bullet flew just feet from Owen and her husband. “Just went right through it and busted out the other side,” says Owen.

Thankfully, no one was injured, but Owen says, this is the norm. “It’s pretty much been every night recently,” says Owen.

According to recent crime data from the City of Minneapolis, there have been more than a half-dozen reports of shots fired and dozens of shotspotter detection's in and around the Jordan neighborhood – just within the last seven days.

A 17-year-old mother was shot and killed on North James Ave last week.

On Monday, another man was killed just one mile from Owen’s home.

As Owens looks at the damage left behind, standing strong, while hoping the violence in her community comes to an end.