On Tuesday, the task force released a report on the crisis – its root causes and possible solutions. 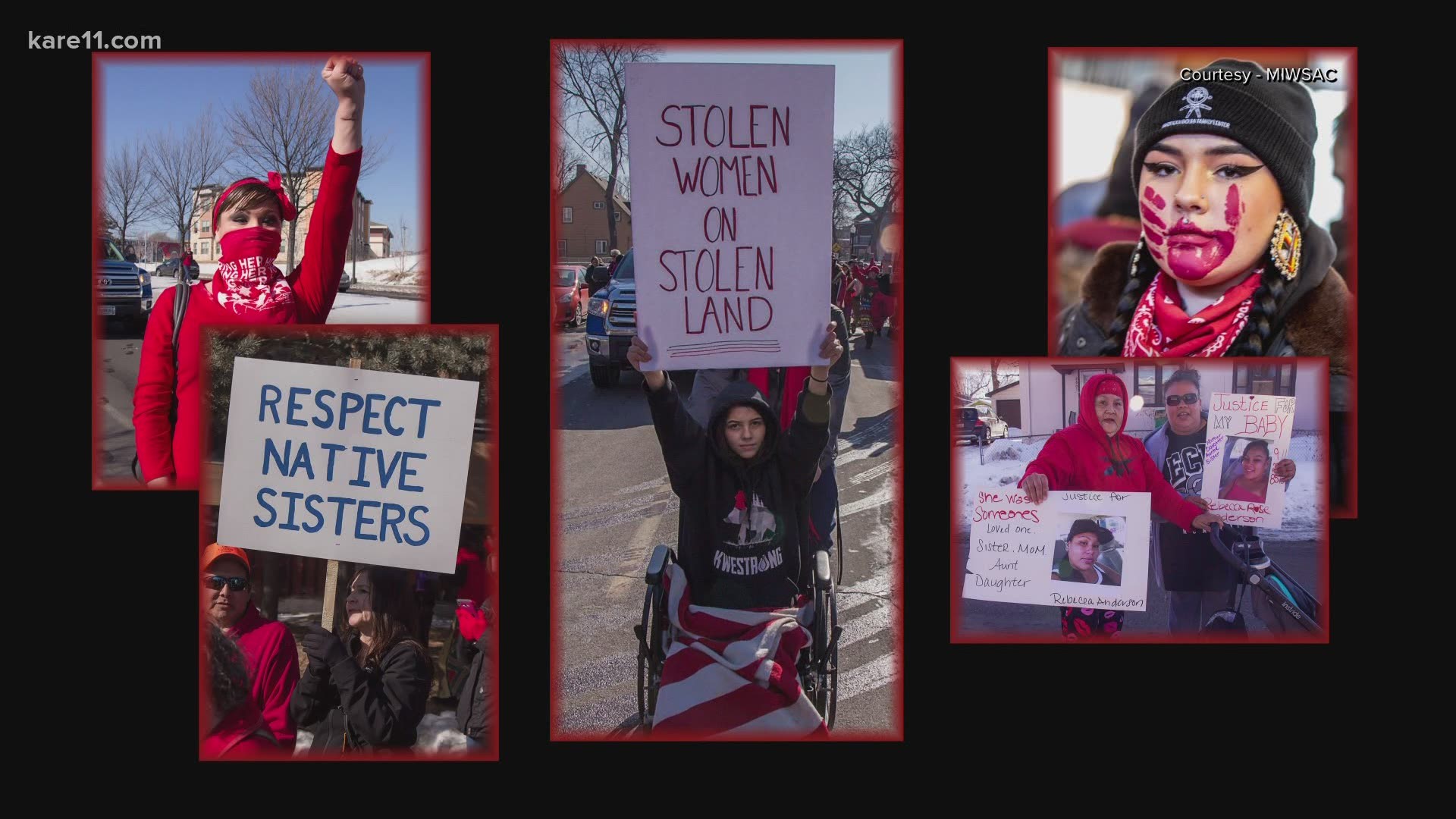 They’re a few of the missing and murdered Native American women in Minnesota who represent what’s been a devastating trend reaching back hundreds of years and throughout the greater community.

“Oftentimes when Native Women go missing, we don’t see their stories in the media. We don’t hear about them. We don’t even know,” said Nicole Matthews, Executive Director of the Minnesota Indian Women Sexual Assault Coalition and Vice Chair of the Missing and Murdered Indigenous Women (MMIW) task force in Minnesota.

On Tuesday, the task force released a report on the crisis – its root causes and possible solutions – after more than a year of research, meeting and sharing stories.

It’s a report – and commitment by the state – some Native American leaders say is long overdue.

A crisis, generations in the making

To appreciate the crisis and toll on the Native American and greater community, we should start with the statistics. According to the Minnesota Department of Health: between 1990 and 2016, the homicide rate for Native women in Minnesota was seven times that of white women. Put another way: though Native American women made up just 1 percent of the state’s population from 2010 to 2018, they account for 8% of all murdered women and girls in Minnesota, according to the MMIW report.

And the missing rate is no less startling: with the MMIW Task Force finding between 27 to 54 Native American women were missing in Minnesota in any given month from 2012 to 2020.

“The deep, deep pain that runs through our Indian nations is so heartbreaking. And it really cannot continue to be this way, and we have to do our best to make sure that we are eliminating this kind of behavior in our state and across our nation,” said Senator-Elect Mary Kunesh, who as a state representative authored the legislation that paved the way for the state MMIW task force where she also served as Chair.

“Educating not only our legislators, but educating the public around the atrocities, the historic atrocities against American Indians,” said Kunesh, who is a descendant of Standing Rock Lakota, about the need to fully appreciate the crisis’ history and factors.

Among their findings, the MMIW task force found the root causes of the crisis relate to colonization and historical trauma, racism, sexism and sexual objectification of Native American women and girls. The report also notes that Native women and girls are also more vulnerable, given other community issues, including: poverty and homelessness, child welfare involvement, domestic violence and sex trafficking and prostitution.

And the MMIW task force further documented a concerning response to cases of missing and murdered Native American women, finding that the investigation, prosecution and sentencing processes often fall short of fair and equal results.

For example, tribal, local and state law enforcement may not coordinate their investigations or clearly communicate their findings. More fundamentally, an official may not accurately identify a victim.

“We’re not always identified as being Native. Sometimes it’s a systems provider where there’s been a murder, and they don’t have access to the family right away, or maybe don’t know who this person is… So we’re oftentimes being misidentified as either white or maybe Hispanic or maybe African American,” Matthews said.

First steps toward solving the crisis

But while the crisis covers centuries and a variety of systemic and practical challenges, state and Native American leaders both believe this latest report – and the task force’s commitment to demanding change – will deliver needed hope to the Native American community.

Among the changes called for in the MMIW report: creating an MMIW Office to continue leadership and focus on this issue; provide adequate funding and resources to implement the recommendations and further address systemic racism. The report also calls for a “statewide protocol for investigations” on missing and murdered Indigenous women and additional training and resources for tribal law enforcement.

“With better data and increased awareness, we can move forward with effective and targeted strategies to support, protect and heal Native communities,” Gov. Walz said in a statement on Tuesday.

Lt. Gov. Peggy Flanagan also noted in a statement: “As the mother of a seven-year-old Ojibwe girl, the contents of this report not only provide some comfort but a road map to ensure all of our daughters can grow up in a world where they are safe and valued. Now we must take action to ensure that not one Native woman, girl or member of the two-spirit community is harmed or forgotten.”

For Nicole Matthews – herself Anishanabe – the report is a critical step toward healing.