9 shot, one killed in violent night in Minneapolis 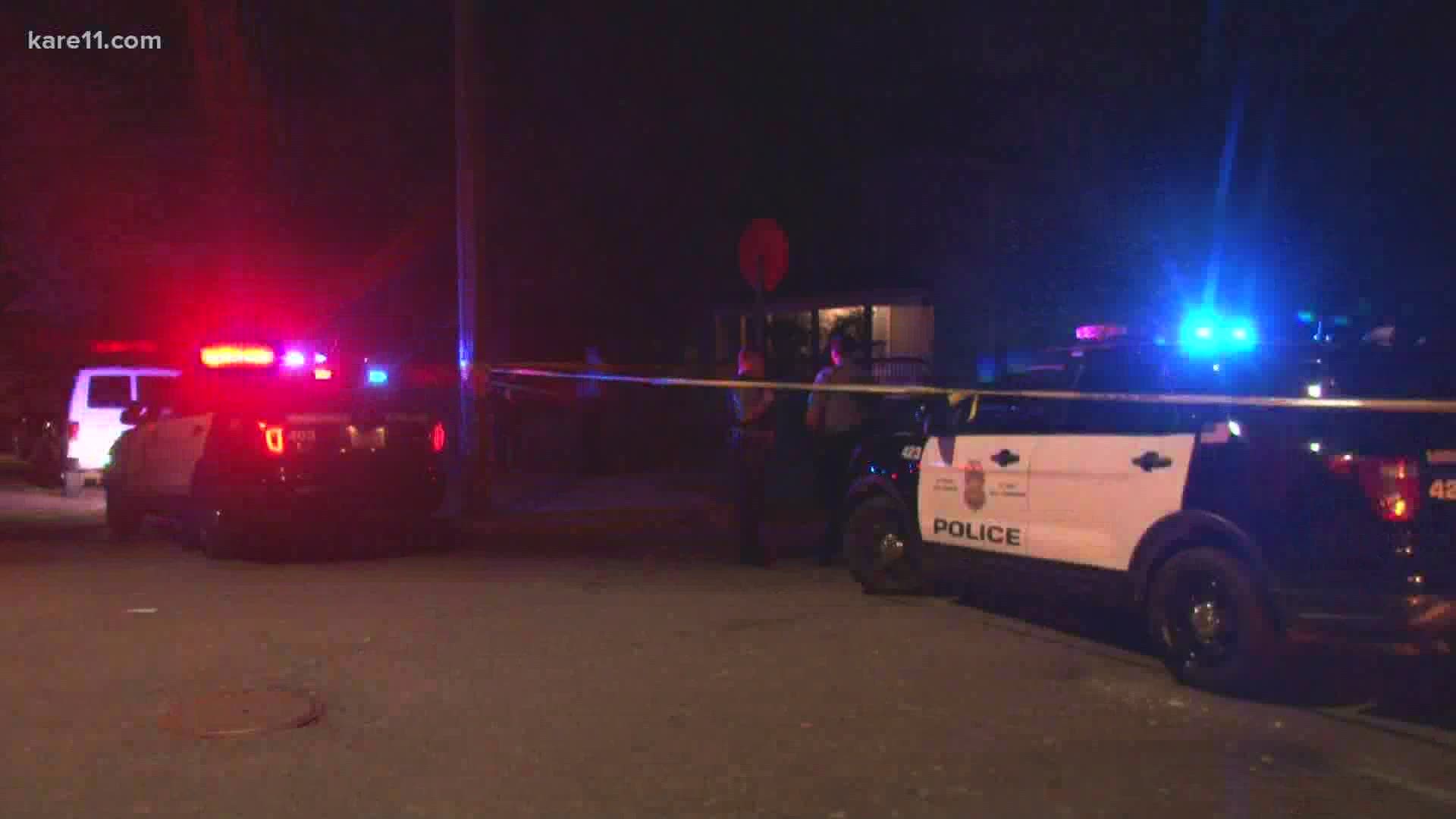 MINNEAPOLIS — A man in his 20s was killed early Friday morning following another violent night in Minneapolis. Police say the victim was one of nine people shot in the city Thursday night into Friday morning.

The first report of a gunshot victim came in to police at 6:53 p.m. on Thursday. A 17-year-old boy was outside in the area of 25th Ave. North and Lyndale Ave. North. He was taken to North Memorial Hospital, and his condition is unknown.

Police say hours later, around 8:25 p.m., two men in their 20s were shot at the East Phillips Park basketball court, near 24th St. East and Cedar Ave. South. Police believe the suspect fled the area in a vehicle. Both victims were taken to HCMC with non-life threatening injuries. Park Police are investigating this incident.

Just after 9:30 p.m., police were called to the area of 21st Ave. North and 6th St. North. A press release reports that shots were called in a short distance from the scene. Police found a man in his 40s with two non-life threatening gunshot wounds. He was taken to the hospital in an ambulance.

The next calls came into police in quick succession. Within 35 minutes, police were called to three different locations in Minneapolis.

Just after midnight, police received a ShotSpotter notification in the area of 29th St. East and Park Ave. South. Officers say while they were checking the area, they got a call about a man who had just arrived to HCMC with a gunshot wound. The victim told police he was driving in the area when someone drove up next to him and starting firing. His wounds aren't life-threatening.

At almost the same time, police were heading to the area of 38th St. East and Chicago Ave. for a report of shots fired. The call was upgraded to a shooting as police were en route. Police say they found a man in his mid-to-late 20s with a gunshot wound. While emergency responders were treating the man, police were informed another male victim had arrived at Abbott Northwestern Hospital with a gunshot wound related to this incident.

At 12:35 a.m., Minneapolis Police responded to the 2900 block of N. 6th St. after receiving a ShotSpotter notification. According to a press release, police were informed that it was a shooting with the possibility of multiple victims.

When they arrived, police found the body of a man in his 20s and a woman in critical condition. She was taken to the hospital.

According to statistics from the Minneapolis Police Department, violent crime is up 11% from the previous year. There have been at least 30 homicides in Minneapolis in 2020.