The process of paring down a pool of 75 jurors to the 16 who will actually decide Mohamed Noor's fate is strategic, important... and a bit tedious. 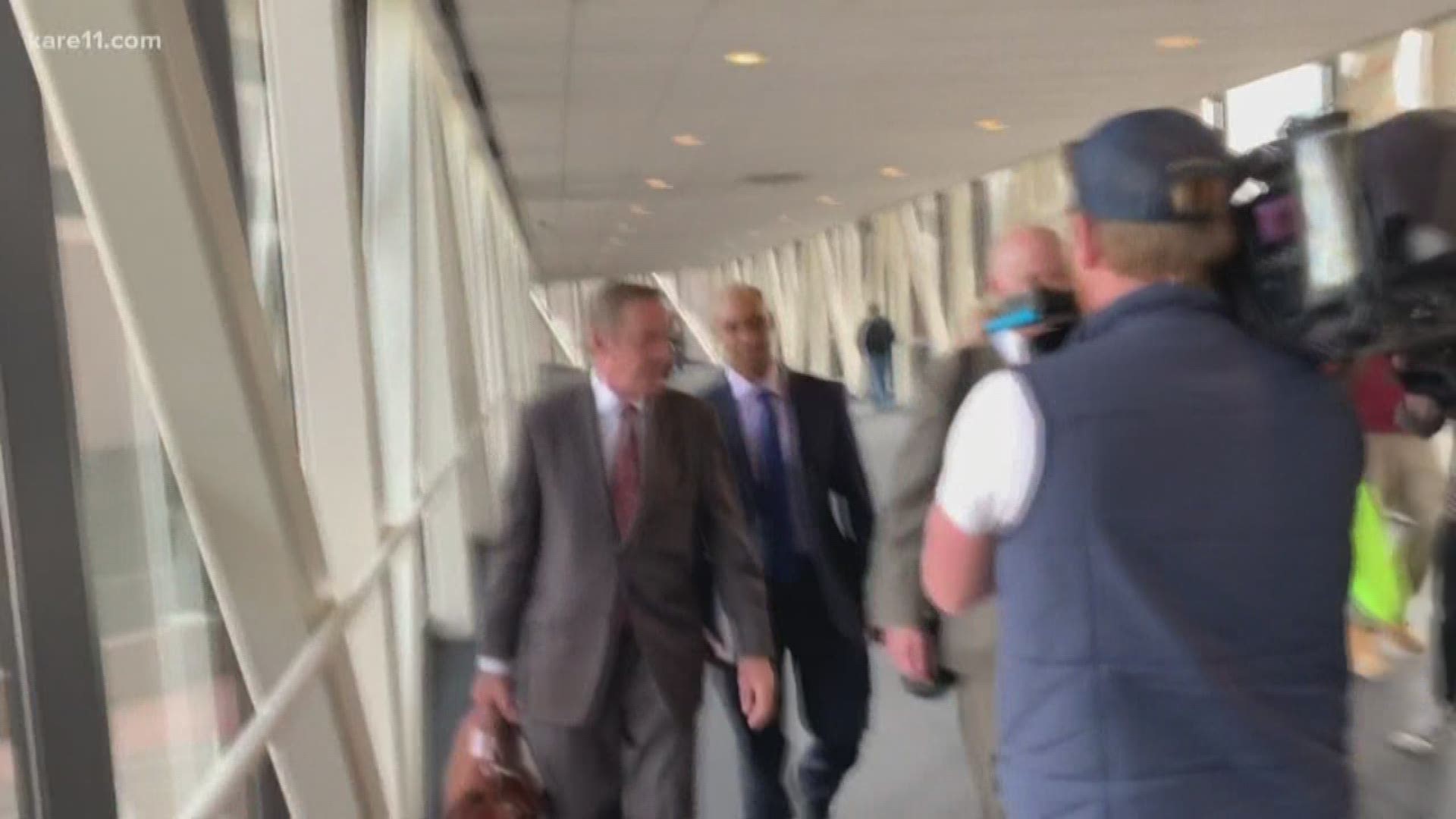 MINNEAPOLIS — Jury selection resumed Wednesday morning after potential candidates were given a day to fill out their questionnaires, but it does not appear seating 16 people to decide the fate of former Minneapolis Police officer Mohamed Noor will be a quick process.

KARE 11's Lou Raguse was in the courtroom as the process resumed, and he says after the morning session no jurors have been selected. Sixteen people have been struck from the pool of 75 since Tuesday, mostly for answers they filled out on their jury questionnaires.

Raguse explains that right now they are in the process of eliminating any potential juror who should be dismissed “for cause,” which means they are biased or have some major reason that they will not be able to sit through the entire trial. So far, potential jurors showing any sign of racist beliefs have been eliminated. A few who have very strong feelings about what they already know about the case have also been eliminated. And one young man with pacifist beliefs who said he wouldn’t be able to follow the law was dismissed.

The jurors are numbered 1-75 randomly, and they are coming through in order. Once 24 of them have passed through without being dismissed for cause, then pool questioning ends. Prosecutors and the defense team then get what are called “peremptory strikes,” which means they can take turns eliminating jurors for nearly any reason. The defense gets 5 peremptory strikes, and the prosecution gets 3. They will use those strikes on the 24 jurors who passed through the questioning, until those 24 are whittled down to 16. Those 16 will be 12 jurors and 4 alternates who will be seated to hear and decide the case, and the trial will begin.

It should be noted that a peremptory strike can not be used on someone based on race, gender, age or religion.

Although there are 75 potential jurors in the pool, it is likely that not all of them will be questioned because they will reach 24 unbiased jurors before they get to that point, and begin the final elimination from there.

Raguse says Judge Kathryn Quaintance keeps telling potential jurors they cannot come in with conceived notions about the case, or Noor's guilt or innocence. "Anything you think you know about this case, we will ask you to 'delete,'" she said in court.

One piece of potential evidence remains under close scrutiny and several potential jurors have already been dismissed ahead of the trial of former Minneapolis police officer Mohamed Noor, over the shooting death of Justine Ruszczyk Damond in 2017.

Judge Quaintance dismissed six jurors "for cause" on Tuesday, based on answers they provided to a questionnaire. Here are the reasons for each:

The plan is to question jurors in groups starting Wednesday, but first, 15 will be questioned individually for various reasons.

Judge Quaintance has no patience for jurors she presumes are just trying to get out of jury duty, though. One person wrote "it is inconvenient to be here" because he will miss work, and his workplace can't live without him.

"I don't bend easily to people who say this is too much work for them," Quaintance said.

The judge also heard arguments Wednesday about admitting a piece of evidence. The prosecution wants to use 3D renderings of the crime scene created by BCA investigators using a 3D scanner called a Leica P30. The renderings show the squad car with Damond's body lying next to it. They also show possible bullet paths from the passenger seat.

Quaintance seemed skeptical of using the renderings in the trial, and suggested that the prosecution could give the jury the measurements in a different way.

Prosecutor Patrick Lofton argued that this relatively new technology is how the BCA does its crime scene measurements now.

"I don't think we should be afraid to put it to the jury just because it is new to us," he said.

Judge Quaintance said she thinks it is "strange" that the BCA would only measure this way, when the technique has never been used in a Minnesota court before. Lofton pointed out that it was admitted in Kandiyohi County in relation to a recent police shooting.

Defense attorney Thomas Plunkett pointed out oddities in the renderings. For example, from above, you can see through the garage as if it is slightly transparent. The steering wheel appears and disappears.

The reason for this is the renderings are created with lasers bouncing back to the scanner and creating multiple images, which are then combined to make the rendering.

Lofton argued, "Essentially this is the MRI of a crime scene," while Plunkett said traditional methods of diagrams and photos should be used instead.

The judge has not ruled on whether the renderings will be admitted, but we should know soon.

Finally Tuesday, the prosecution also filed a motion asking to exclude any evidence of psychological effects of an officer being involved in an officer-involved shooting, or any effect the defendant's shooting of Justine Ruszczyk Damond has had on him psychologically.