'These children were living in deplorable conditions': Parents charged with five counts of child abuse after juvenile's Halloween call for help

Betty Nicolicchia-Allen, 42, and Dennis Allen, 33, were arrested Friday afternoon and charged with five counts of child neglect, according to deputies. 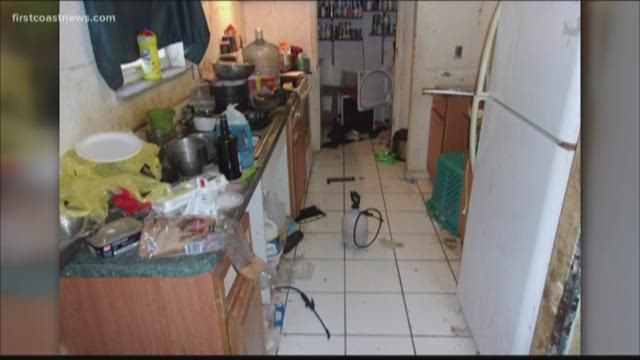 The parents of five Flagler county children were charged with child abuse after the children were found living in deplorable conditions on Halloween.

Betty Nicolicchia-Allen, 42, and Dennis Allen, 33, were arrested Friday afternoon and charged with five counts of child neglect after the Flagler County Sheriff's Office found that they failed to properly care for their five children, deputies said.

On Halloween, deputies were notified by the Abuse Hotline that a 14-year-old was contemplating suicide due to her living conditions and reported physical and emotional abuse by her mother.

When deputies responded to the home of that child located on Water Oak Road in Burnell they noticed that the home was in complete disarray, the sheriff's office said.

The grass in the front yard was high and unkempt and littered with gas cans, beer cans, rust-covered metal materials, and other trash. The front porch of the home was also covered in fecal matter from two chickens that freely roamed the property, deputies said.

When deputies spoke with the 14-year-old who contacted the Abuse Hotline she said instead of being homeschooled she was used as a full-time caregiver for her four younger siblings; ages 6, 8, 9 and 12, three dogs, a rabbit and two chickens, deputies said. The girl performed these duties while their parents identified as Betty Nicolicchia-Allen and Dennis Allen worked late into the night.

Further investigation of the home revealed that the children were living in deplorable conditions, deputies said. Every room of the home contained large amounts of animal feces, animal urine, rotting food, roaches and other flying insects. There was no edible food in the refrigerator and there was one bag of frozen chicken in the freezer. The home had no running water and the only bathroom in the home had a water hose run through the window and into the shower. Deputies said the toilet appeared to have been used for days on end with no way to discard the contents of the bowl.

Credit: Flagler County Sheriff’s Office
View of the kitchen in the home.

Credit: Flagler County Sheriff’s Office
Contents of the refrigerator in the home.

“This is a traumatic situation for all of the children involved,” Sheriff Rick Staly said. “Halloween is a day where kids should be out having fun, not contemplating ending their life. I want to commend the girl for calling the Abuse Hotline and being brave enough to ask for help. These children were living in deplorable conditions. I am thankful that these kids are now safe from these two individuals who obviously do not know how to properly care for children.”

The Department of Children and Families took custody of the children and based on statements made during the initial call to the Abuse Hotline, one juvenile was taken into protective custody under the Baker Act.

Betty Nicolicchia-Allen and Dennis Allen were transported to the Sheriff Perry Hall Inmate Detention Facility and remain in jail on a $5,000 bond each.