When officers arrived they located an overturned vehicle with two victims inside. 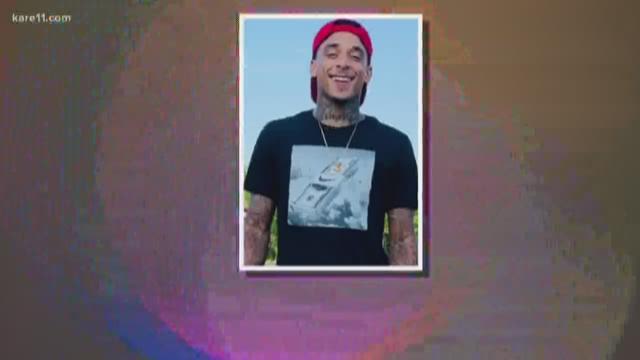 Close friends identify the man who died as 23-year-old Jeriko Boykin. They describe him as a stay-at-home dad who was taking care of two children, an infant and the 4-year-old who was shot.

The shooting happened on the 400 block of Wabasha Street South in St. Paul at around 5:15 p.m. Sunday. When officers arrived at the scene, they found an overturned vehicle with two victims inside.

"This shooting affected the most innocent among us," Sergeant Mike Ernster said. "A small child."

A neighbor tells KARE 11's Lou Raguse they heard about eight gunshots and ran out of the house to discover the SUV upside down.

Boykin's death marks the city's 23rd homicide of the year. There have been 124 victims of gun violence in St. Paul this year, including this incident. His mother Rosalynda Boykin when she talked to Raguse. "I want to make a statement to all these youths. So many people have been getting killed. And I don’t need anybody to be out here, hurting someone else in retaliation of Jeriko. And they need to know they have to stop. They took my son," she pleaded.

"Don’t make this go on and lose someone else, and they need to stop this. Because look what has happened, it’s my only boy. My baby. And he’s gone. They took his life saving his son. It’s too much... stop please. Stop it. "

Boykin's friends call the recent explosion of violence in the Capitol City "ridiculous," and say people need to put the guns down.

They have created a memorial to Boykin at the shooting scene.

Credit: KARE
Friends have created a memorial for Jeriko Boykin, who died Monday after being shot over the weekend.

A check of Boykin's criminal record reveals a number of convictions and arrests ranging from from possession of firearms by a felon to assault with a dangerous weapon.

Police are asking anyone with information on the shooting or the gunman's identity to call 651-266-5650.