Minneapolis police say the shooting occurred after an altercation broke out on the light rail platform. 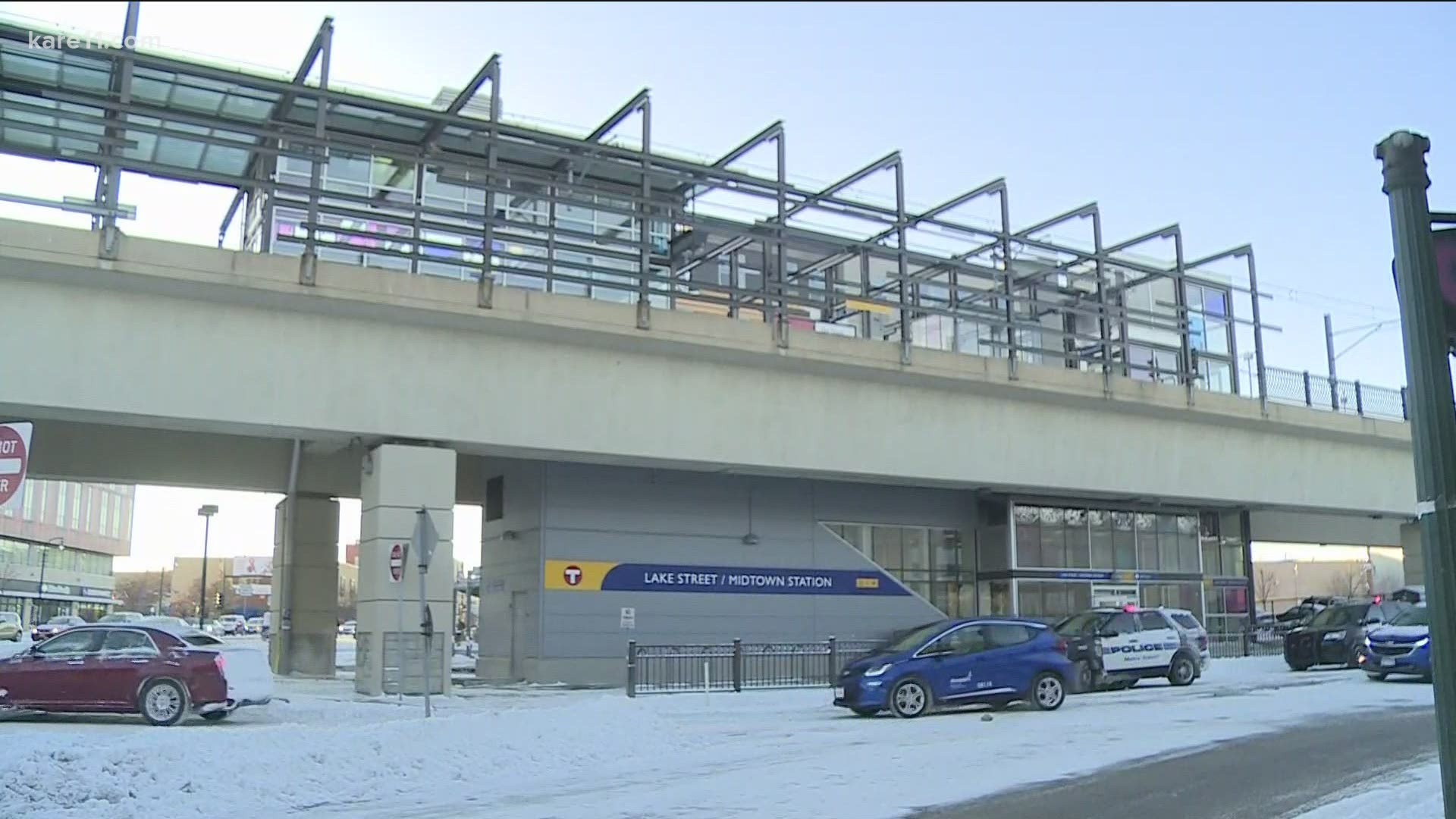 MINNEAPOLIS — One man was fatally shot Thursday afternoon at the Midtown light rail station in Minneapolis after police say an altercation broke out on the platform.

According to the Minneapolis Police Department, officers were called to the scene just before 2:30 p.m. on a report of a shooting. Police say the man was pronounced dead at the scene.

Officials say the Midtown station, which is located at East Lake Street and Hiawatha Avenue, is closed as they continue to investigate. Police say the suspect fled the scene before officers arrived.

"We're working on trying to identify if this started on the train or on the platform itself," said Minneapolis police spokesperson John Elder. "We are speaking with people that may have been in the area or could have heard or seen something. We're also looking to see if there is any camera evidence."

This is the 82nd homicide in Minneapolis this year.