Police say the shooting occurred on the 700 block of Jessie Street near downtown St. Paul.

ST PAUL, Minn — The St. Paul Police Department says a 26-year-old "person of interest" has been taken into custody in connection to Saturday's triple homicide in St. Paul's Payne-Phalen neighborhood.

Police say the man was taken into custody without incident at an apartment building about four miles from the murder scene, and is being interviewed at St. Paul Police Department headquarters.

Officers responded to a residence on the 700 block of Jessie Street around 3 p.m., and discovered three victims.

A woman in her 30s and a teenage girl were pronounced dead at the scene, while SPPD Sgt. Ernster says an "eight to twelve year old" boy was taken to Regions Hospital.

The boy died of his injuries several hours later, according to authorities.

Investigators say it is still unclear if other individuals were present at the time of the shooting. They continue trying to determine what led up to the deadly incident. 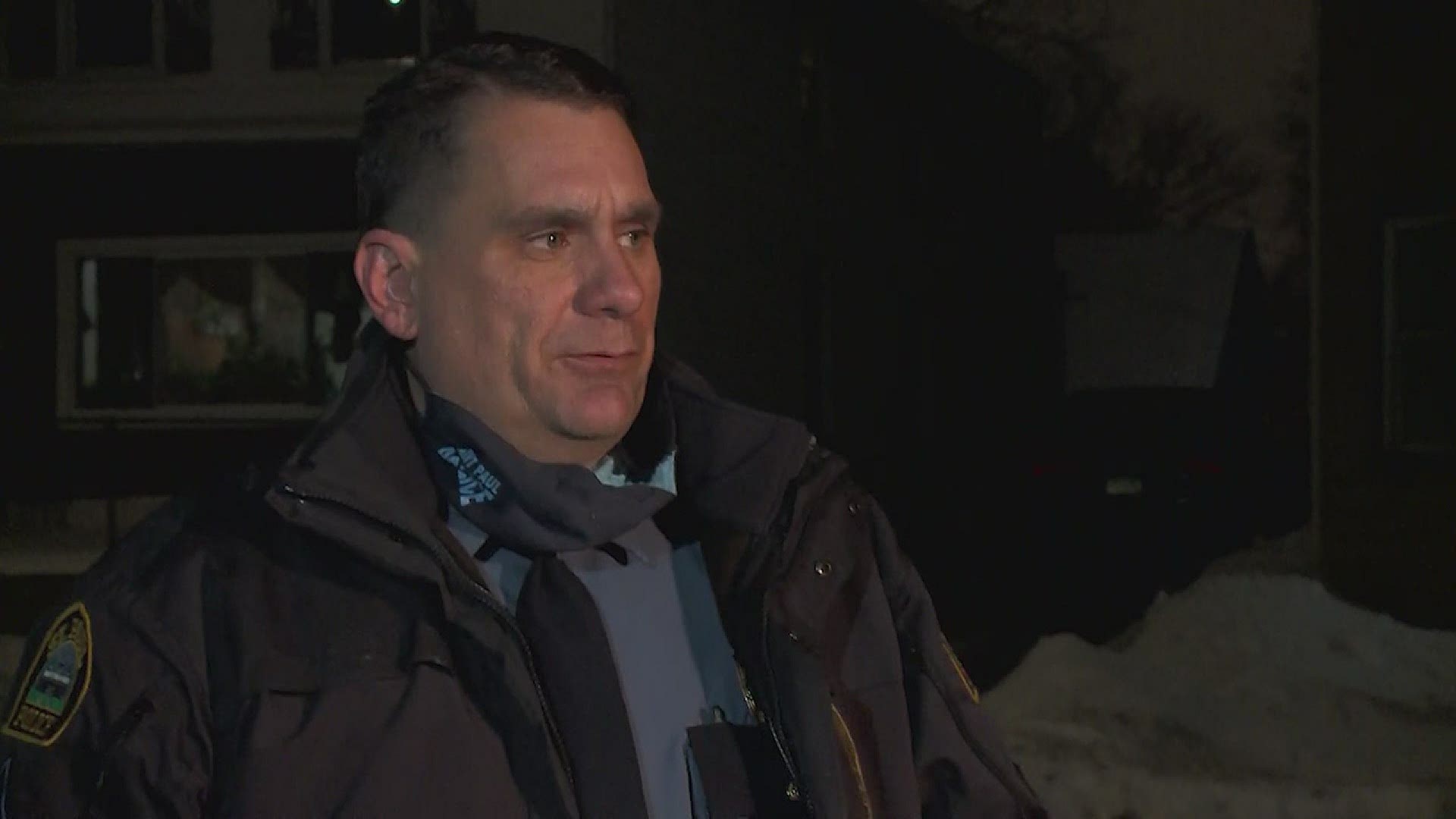 "This is a senseless tragedy that's left us all heartbroken—as police officers, as human beings, as members of the community," Saint Paul Police Chief Todd Axtell said in a press release. "Moments like this are hard and painful. But maybe our city can take a small sense of comfort knowing that their officers are out there working as hard as they can—like they always do—for the victims, for their family and for everyone who cares about our community. And the investigators and officers will continue to work around the clock until they find the person responsible."

SPPD Sgt. Ernster noted that the shooting was particularly hard felt as one of their officers had responded to the address on a welfare check only hours before the shooting.

He says a St. Paul police officer spoke with a concerned family member inside the residence who allegedly said she was "okay."

This remains an active investigation. The Ramsey County medical examiner will release the identity of the victims upon notification of next-of-kin and confirm the causes of death.

Authorities have released no further information at this time.

SPPD officers and investigators are at the scene of a shooting on the 700 block of Jessie Street where two people have been killed and one injured.

Media availability will be announced here when determined. pic.twitter.com/6ssoRbgz74