St. Paul police found the stolen car, but are still looking for the driver. 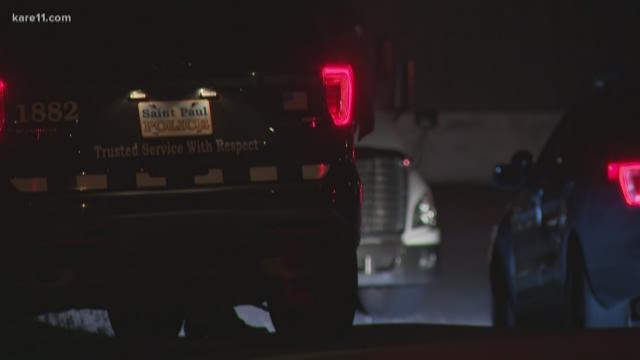 ST PAUL, Minn. — St. Paul police are looking for the driver of a stolen vehicle who officials say drove towards an officer early Tuesday morning while trying to flee police.

The incident began when a pair of officers was investigating a stopped vehicle just after 2 a.m. in an alley near Winter Street and Capitol Boulevard North.

The driver of the stolen vehicle tried to leave the scene and drove towards one of the responding officers. Another officer fired at the vehicle, according to police.

The officer in the path of the driver suffered minor injuries. Both were wearing body cameras.

Squads eventually located the stolen vehicle on the 700 block of Prior Avenue. Police are currently looking for the driver, who wasn't found with the car.

At this point, officers don't believe anyone inside the vehicle was injured during the incident.

Both St. Paul Police officers will be put on standard paid administrative leave while the Minnesota Bureau of Criminal Apprehension investigates.