Deputy Chief Mike Hartley says response from potential victims has been "overwhelming" after a suspect reportedly confessed to watching women and children undress. 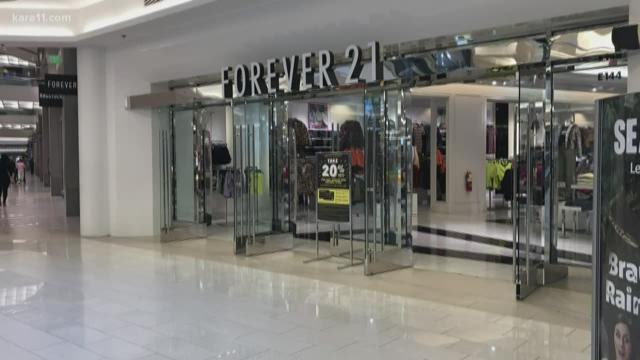 BLOOMINGTON, Minn. — Bloomington Police say they've received so many inquiries following the arrest of a man accused of placing hidden cameras inside the dressing rooms at two popular MOA clothing stores that the department has set up a special phone line.

Deputy Chief Mike Hartley says the response from potential victims and the public has been "overwhelming," and to manage those calls the department is asking those who may have been impacted to call 952-563-4994. Hartley says the line is specifically to leave contact information so detectives can follow up.

Bloomington investigators are constructing a case against a 41-year-old Elk River man who was arrested at MOA's 'Forever 21' store September 28. A manager of the store recognized him as a person who was in a dressing room for a long period of time months earlier, just before a hidden camera was found in a dressing room.

Police say when questioned, the suspect admitted to placing cameras in dressing rooms at Forever 21 and Hollister an estimated 10 times to watch young women and children undress. He reportedly told them he did it for "the thrill," and also confessed to secretly videotaping his girlfriend and her teenage daughter shower in the home they shared.

The suspect has not been officially charged in the case. Following his arrest, police in Maplewood say they are now reopening a case of a potential hidden camera at the Maplewood Mall.

Maplewood Police Commander Dave Kvam tells KARE 11 that they reached out to the Maplewood Mall back in July after learning of the hidden camera investigation in Bloomington. At that time, Kvam says an employee at the  mall’s Hollister store told investigators they recalled seeing a suspicious man in the store’s dressing rooms several months earlier and thought that man may have been removing a camera. However, no camera was ever found.

Investigators are trying to determine whether the man is also tied to a case at Maplewood Mall, where a hidden camera was discovered in the dressing room of the Hollister store there.

RELATED: How to spot hidden cameras in hotels, vacation rentals

RELATED: How to find a hidden camera in an Airbnb