Protest and vigil held for man who died in St. Paul officer-involved shooting 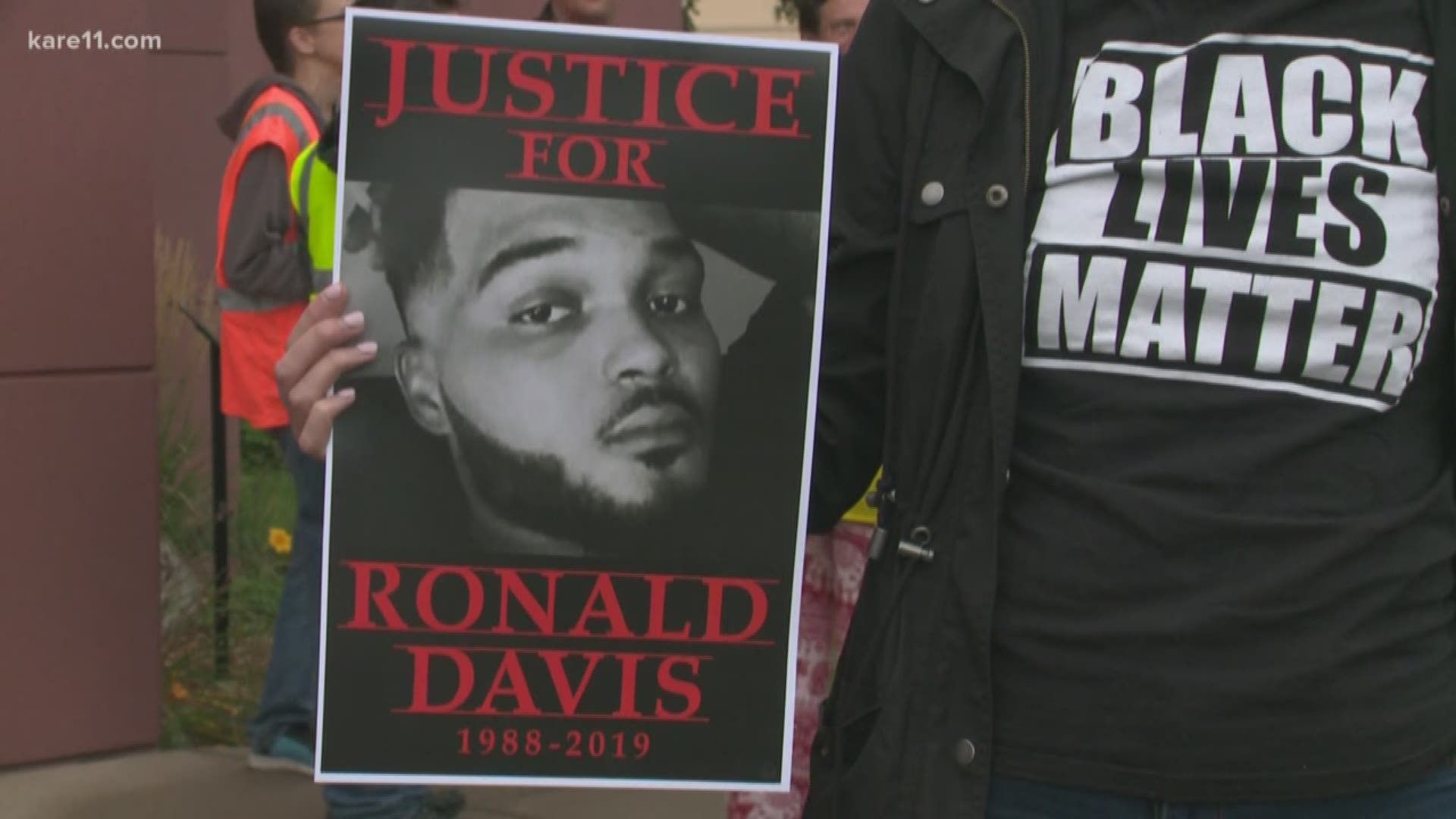 ST PAUL, Minn. — Sunday night, protesters gathered in St. Paul over an officer-involved shooting that happened exactly one week ago.

Ronald Davis, 31, was shot and killed by a St. Paul police officer on September 15.

Protesters marched from the St. Paul Police Department Western District to the site of Davis' death—less than a mile apart.

"When I heard the news, I was shocked because he was a very respectful, kind person," said Abdiaziz Farah, who had recently gone to school with Davis.

More than 60 protesters gathered outside the Western District, voicing their concerns over Davis' death and other officer-involved shootings that have happened in Minnesota. Several people spoke about their experiences losing a family member, killed by police.

On September 15 at 5:50 p.m., police said Davis rear-ended Officer Steven Mattson's squad car while it was stopped at a stop sign at the intersection of Thomas Avenue West and North Griggs Street.

The BCA said when Davis came out of his car, he was holding a knife and ignored the officer's commands to drop it. During the confrontation, Mattson shot Davis. According to the BCA, a knife was recovered next to Davis' body.

Several protesters said they don't believe Davis had a knife. They're asking for the immediate release of all "unedited and unredacted video" to the family and the public, if granted by his family. St. Paul Police Chief Todd Axtell said the officer's body camera video of the incident will be released Tuesday after the family has a chance to watch it.

While protesters were marching to the site where Davis died, Davis' father-in-law James Chatman was already there writing a note to Davis: "Rest in peace son-in-law. Love you. God bless you."

Chatman said his daughter and Davis had been married less than four months when he was killed.

"Right now she's still going through it," he said.

Chatman said he only had one opportunity to talk to Davis on the phone, adding, "I didn't even get the chance to meet the guy yet and he's gone now."