Thousands of red dresses were set out on the State Capitol lawn to help represent what’s happened historically to Native American women across the nation. 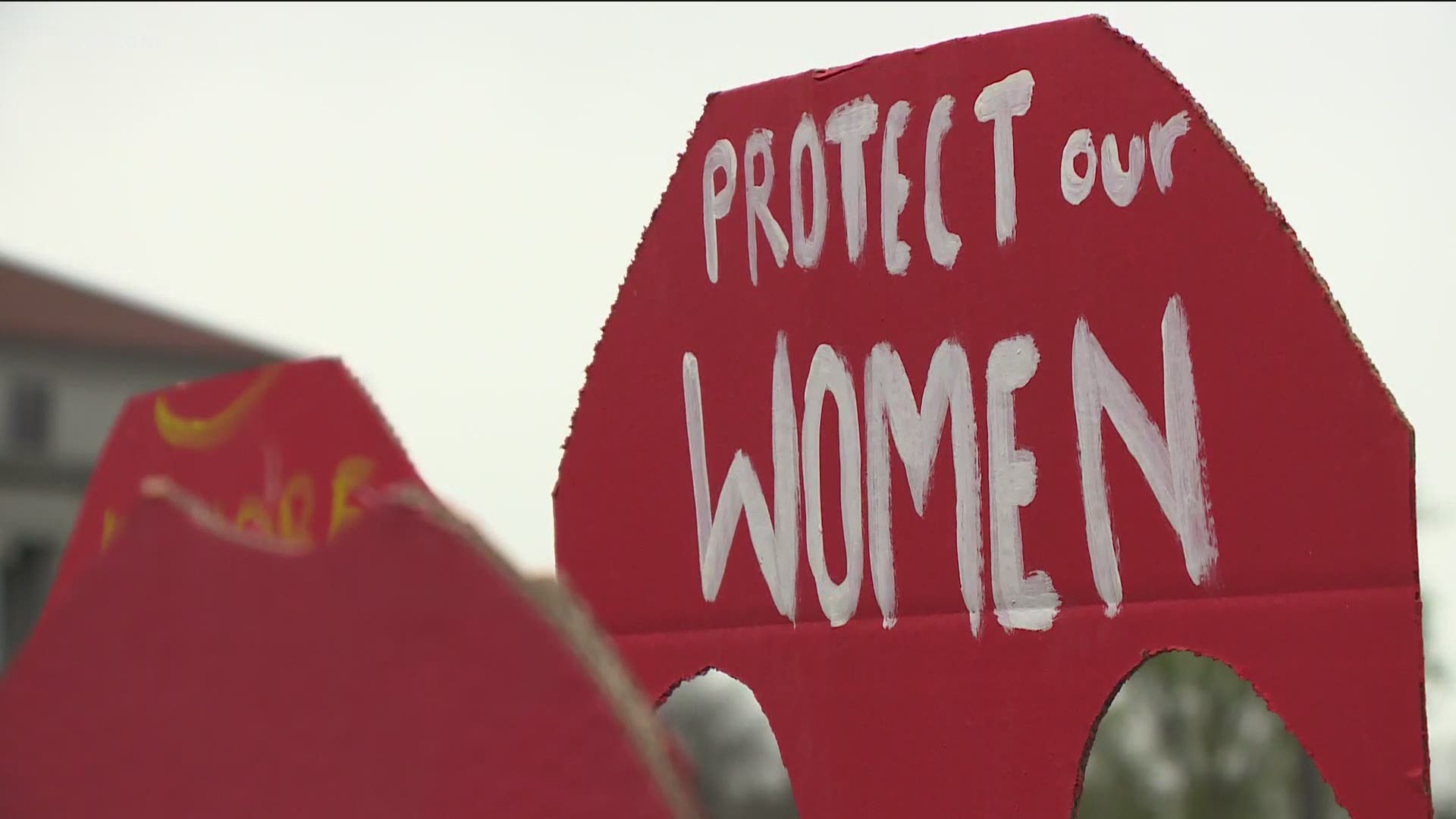 ST PAUL, Minn. — Thousands of red cardboard dresses are decorating the lawn in front of the Minnesota State Capitol this week, as the latest poignant reminder of the crisis related to Native American women.

“We are your neighbors. We are your community members. And we deserve to be protected. We deserve to have our voices heard,” said Nicole Matthews, Executive Director of the Minnesota Indian Women Sexual Assault Coalition and Co-Chair of the Missing and Murdered Indigenous Women (MMIW) Task Force in Minnesota.

On Wednesday, dozens of volunteers recognized National Missing and Murdered Indigenous Day by helping to set up three thousand cardboard dresses across the Capitol lawn. Leaders and supporters also gathered to pledge their support for state-level action to address a crisis that has continued for generations.

The most profound art installation at the @mncapitol representing the crisis of Missing and Murdered Indigenous Women. The story and the statistics supporting this art... today on @kare11 at 5. #MMIW #NativeAmerican #MNStateCapitol #mnleg pic.twitter.com/FwGEMkohVZ

“Homicide continues to be the third-leading cause of death amongst Native American women. They are murdered at an astonishing rate of 10 times the national average. They make up less than 1% of the state’s population, yet they count for 8% of all women and girls slain in Minnesota from 2010 through 2018,” said Sen. Mary Kunesh, DFL-New Brighton.

Kunesh was the chief author of the legislation that established the MMIW Task Force. This session, she also authored a bill that would create an Office of Missing and Murdered Indigenous Relatives, which would help coordinate the state-level response to crimes against Native American women. The House passed the bill, but it has not yet had a hearing in the Senate.

In the meantime, supporters say they welcome the chance to remind the greater community of the names and faces that are rarely seen and heard.

“When you see each one of these dresses that you see before us, remember the women in your life, and remember the women that have been missing and those who haven’t been found yet,” said Lori Martin Kingbird, a volunteer, who then added: “And pray for those and to help families that are affected by Missing and Murdered Indigenous Women.”

The art installation will be at the State Capitol lawn through Friday and is open to the public.