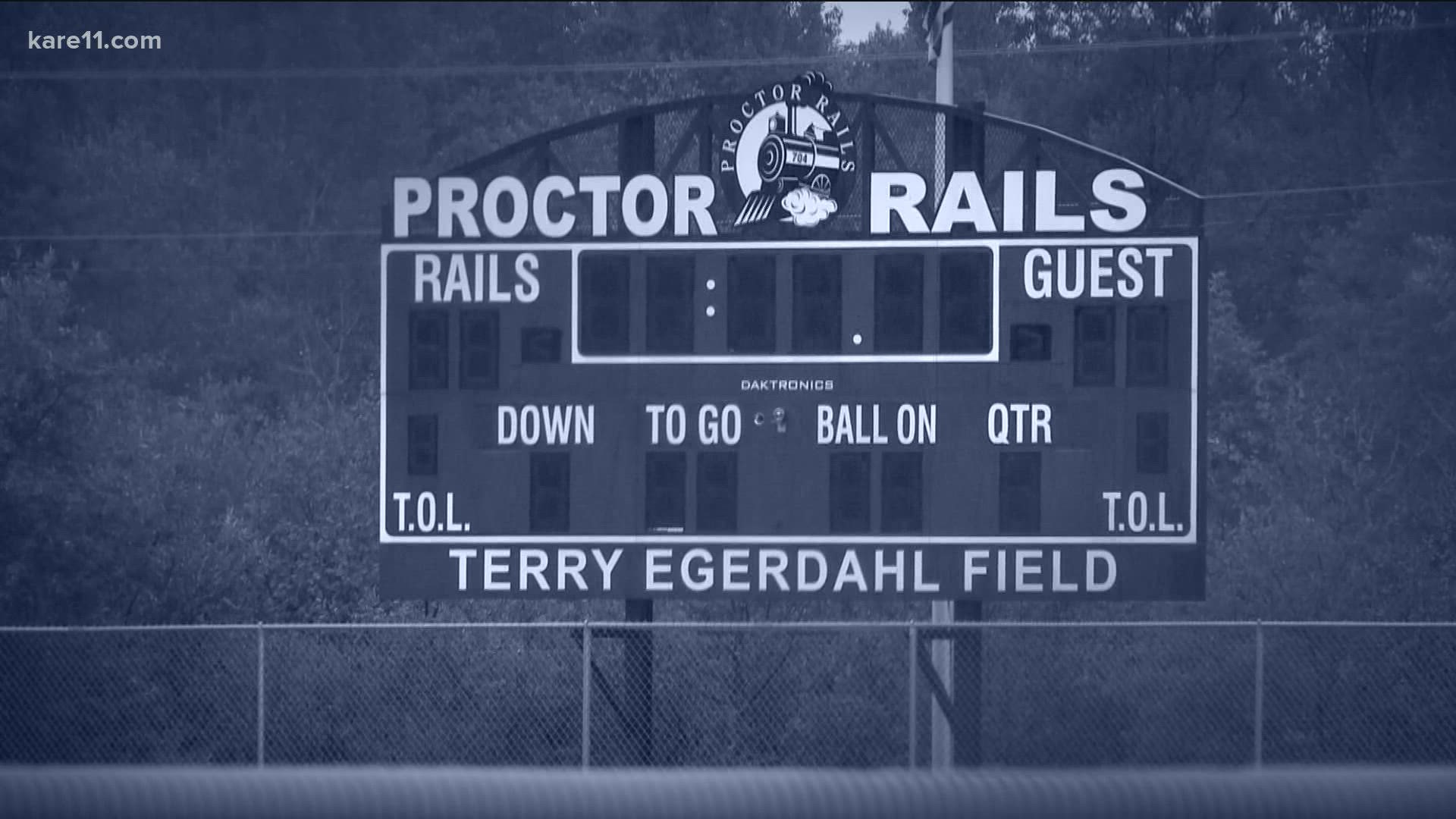 Police say they're nearing the completion of their investigation into the Proctor High School football program for alleged "student misconduct," and they're expecting to send their information to the St. Louis County Attorney.

According to KBJR, an NBC affiliate out of Duluth, a Proctor Police spokesperson confirmed on Monday that they've concluded all of their interviews.

"Reports are being completed and the case will be sent to the juvenile county attorney's office when they are done," Proctor Police Chief Kent Gaidis told KARE 11 via email.

School officials canceled the football team's season after police received a report of alleged student misconduct involving the program. Due to the allegations involving juveniles, little information has been released, however, KBJR is reporting that police are expected to release more information soon.

Last week, Proctor Public Schools Superintendent John Engelking released a statement saying Proctor head football coach Derek Parendo was on a personal leave of absence for the remainder of the school year, and would be resigning from all positions he held with the school district.