Gisela Castro Medina was the Minnesota Young Republicans chair at the University of St. Thomas. 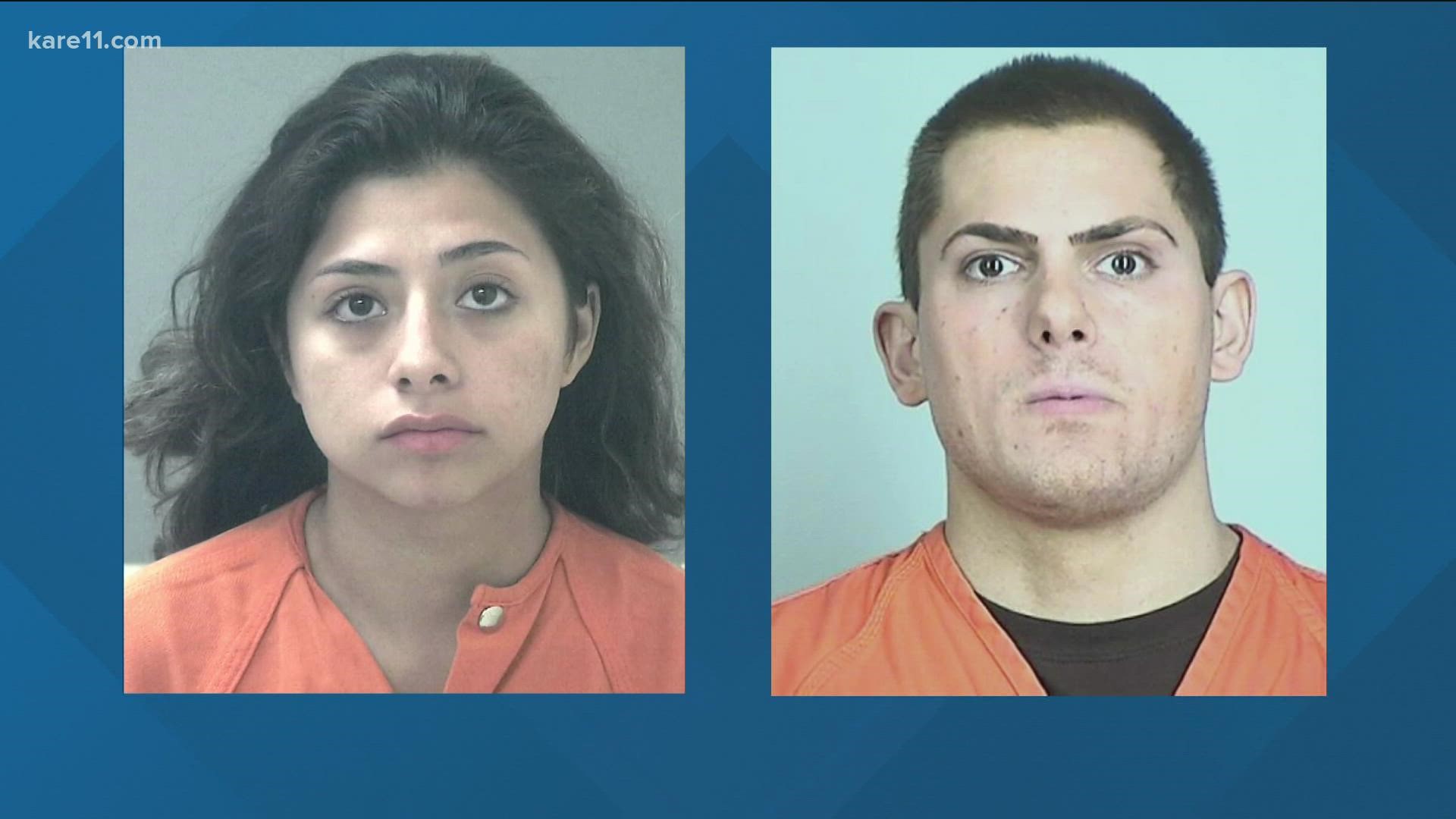 OKALOOSA COUNTY, Fla. — A 19-year-old Minnesota woman with ties to the St. Thomas chapter of the Minnesota College Republicans has been federally indicted as part of a high-profile sex trafficking investigation.

Medina had her first appearance in court Monday. KARE 11's Lou Raguse reports that her indictment has been unsealed. Earlier in the case, Medina's identity was redacted from the federal indictment, which only named Lazzaro.

She is retaining a private lawyer

A Florida sheriff's office arrested Medina on Thursday as an "out-of-state fugitive from justice." She will be transferred to Minnesota, where prosecutors are expected to ask for detention -- meaning no bail.

The U.S. Marshall's Office told Raguse that Medina will likely remain in Florida for two more weeks before being transferred.

"The arrest and charges involving Ms. Gisela Castro Medina, in conjunction with Thursday's arrest and sex trafficking charges of Mr. Anton Lazzaro are heinous and disturbing," Carnahan wrote. "Conviction of these charges warrants punishment to the fullest extent of the law and we fully anticipate justice will be served."

In her statement Saturday, Carnahan said that the Republican Party of Minnesota "has no jurisdiction over the Minnesota College Republicans," including the University of St. Thomas chapter.

Carnahan is facing criticism in the aftermath of Lazzaro's arrest. The two co-hosted a podcast and were often seen together socially. When KARE 11's Lou Raguse reached Carnahan by phone, she denied knowing anything about Lazzaro's alleged crimes until she learned from the news.

Minnesota GOP Executive Committee member Gary Steuart confirmed to KARE 11's Jennifer Hoff that the committee met Sunday night. Steuart, who represents the 1st Congressional District for the committee, says two-thirds of the 15-member group must vote to remove Carnahan for her to be ousted.

"We just want to get it cleaned up and we want to go back to running our party in a transparent and open way," said Steuart. "Republicans want to win elections, we want good government and it’s going to start at our party level and how we manage our party."

Steuart says Carnahan has a solid amount of support from within the group.

The group also planned to address alleged non-disclosure agreements he says Carnahan made committee members sign, along with conducting a party-wide financial audit.

If the committee can't agree on Carnahan, the issue could be taken up by the State Central Committee. It would need signatures from dozens of delegates to call a convention and elect a new chair, a move, while potentially still weeks ago, has some local analysts calling it "unprecedented".

"In general, Minnesota is known for having relatively clean politics in a number of different ways compared to other states," said Hamline University Professor Joe Peschek, who says the party has time to do damage control. "In some ways there’s a little bit of breathing room for the party to try and resolve this situation and they may get back to full strength as we get into 2022."

Senate Majority Leader Paul Gazelka posted on Twitter his "trust" in the executive board and state central delegates, and said it's "very important to look at all of the facts before we make any decisions."

There are allegations that have come to light regarding the leadership at the state party. I fully trust the executive board and state central delegates to find a path forward for our party. It’s very important that we look at all of the facts before we make any decisions.

KARE 11 received a statement from the University of St. Thomas Saturday evening saying, "The details of these allegations are very disturbing and saddening. St. Thomas condemns these actions and we pray for the victims. Under our student code of conduct, St. Thomas students charged with a felony will be interim suspended pending further proceedings."

On Sunday, the Minnesota GOP released the following statement:

﻿The statements that the Chairwoman had any knowledge of sexual harassment allegations are categorically false.

The allegation in question occurred in November 2020 and involved two Minnesota staff members in Georgia working on the run-off. The Chairwoman was not made aware of this allegation until April 7, 2021, during her re-election, after the claim had been resolved.

No complaint was ever filed or brought forth to the Chairwoman or Republican Party of Minnesota by any staffers in Georgia, including supervisory RNC staff that managed this situation directly at the time.

This is just the latest in unfounded accusations against the Chairwoman in recent days for those in the party that hoped to unseat her in her re-election on April 10th.

This is a developing story.