'This was a senseless death and I want answers': Family and Maplewood PD announce reward in Maplewood homicide

Police found 20-year-old Devinn Madley laying in the street on Larpenteur Avenue Aug. 28. At this point no one is in custody in connection with his death. 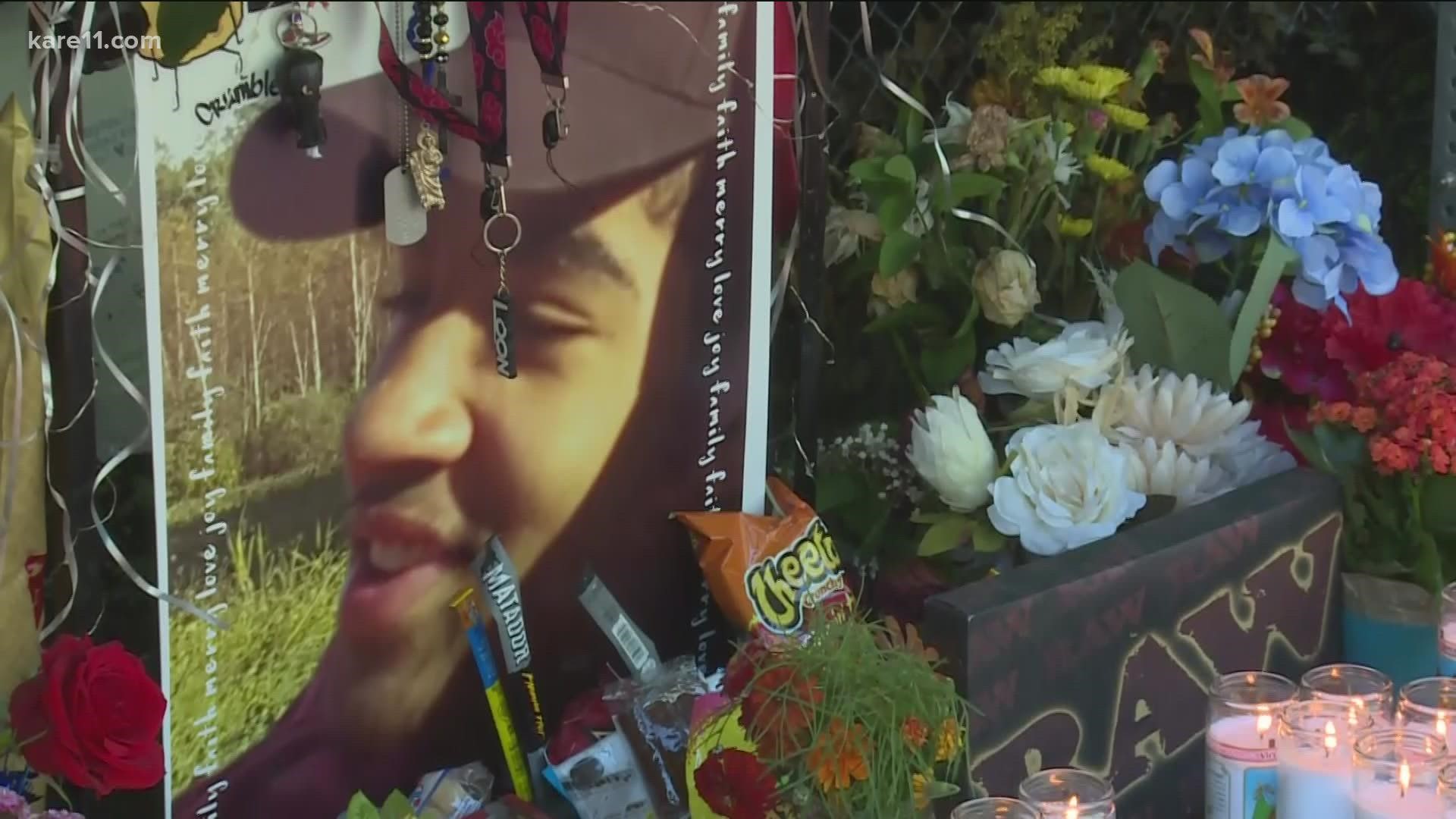 MAPLEWOOD, Minn. — The family of a 20-year-old homicide victim hopes news of a reward in the case will help lead to his killer.

Maplewood police say squads responded to a 911 call on Aug. 28 reporting a person down in the roadway near Larpenteur Avenue East and McKnight Road. When officers arrived they found 20-year-old Devinn Madley laying in the street, dead from a gunshot wound.

"This was a senseless death and I need answers, want answers," Madley's father, Theryl Dugas, told reporters Tuesday. "He worked he played video games, he was just getting into his way of life as a young man."

Maplewood police Lt. Joe Steiner says there were at least two witnesses to the crime, and investigators believe three suspects were somehow involved in Madley's death. While police are actively following up on several leads, Steiner says no one is currently in custody in connection with the fatal shooting.

Madley's family and Maplewood police met with reporters near a memorial for Madley Tuesday morning to discuss a $7,000 reward being offered in the case, and share their hopes that someone will step up with information that might lead to his killer.

"It's not right," said friend, Adriana Billugas. "Devinn did not deserve this out of everyone, he was so innocent."

Dozens of people lined up on Larpenteur Avenue near Howard as police and family members of 20 y/o Devinn Madley announce a $7000 reward in the case. Madley was found dead in the street from a gunshot wound back on Aug. 28. @kare11

"Somebody knows something and I'm begging and pleading right now for answers," said Devinn's father.

A GoFundMe has also been set up to help raise more reward money.

Anyone who knows anything about the fatal shooting or those responsible are asked to call Lt. Joe Steiner at 651-249-2608.

Family and friends built this tent filled with candles, flowers, dozens of photos and messages at the scene where he was found. Maplewood PD say right now, three people are directly involved in his murder. They’re asking for help from the public locating suspects. @kare11 pic.twitter.com/bpTKXySp3z