The driver who allegedly hit a vehicle, pushing it into protesters, first told police his name was "Jesus Christ." 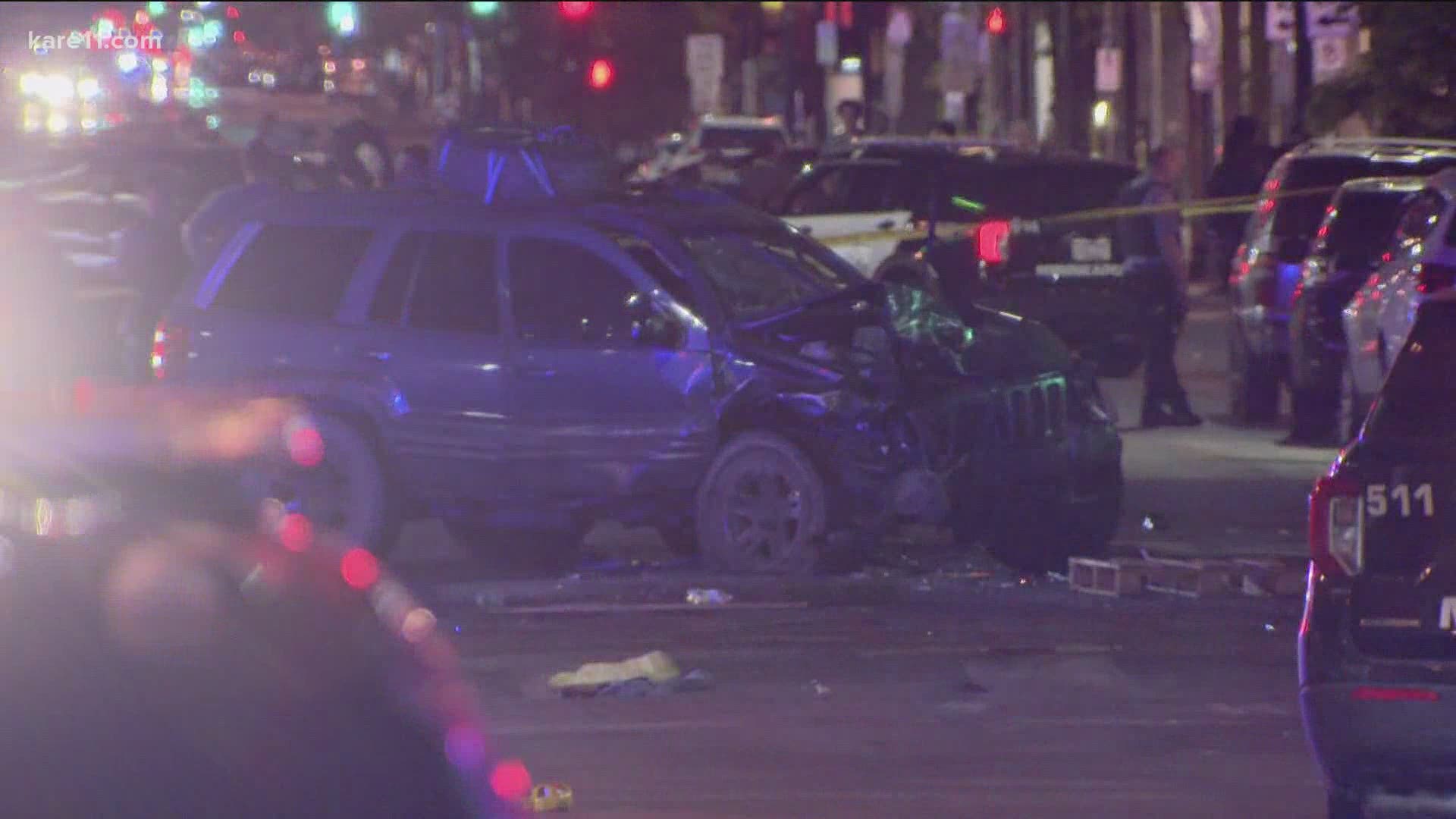 Marie was killed when a Jeep hit her parked vehicle in Uptown, pushing it into her.

Kraus was arrested on suspicion of criminal vehicular homicide in connection with the incident, but has not been charged. The Hennepin County Attorney's Office asked for an extension until Wednesday at noon.

According to the affidavit, protesters escorted him to police and Kraus "admitted several times to being the driver without being asked."

When asked his name, the affidavit says he answered "Jesus Christ, Tim Burton," and that he has been a carpenter for 2000 years. He also mentioned he wanted to get his children to the Super Bowl.

The Minneapolis Police Sergeant who wrote the affidavit noted Kraus was awake and coherent, but when asked questions he gave illogical and irrelevant answers that had no bearing on what was asked. The Sergeant noticed Kraus' pupils were "small and pinpoint" and did not react or change sizes when the officer shined a flashlight.

According to the search warrant, a city camera captured the incident and that "the driver does not appear to hit the brakes" before hitting another vehicle, which struck several protesters. The car belonged to Marie, who died from her injuries.