'She never saw a gun': Attorney for witness says man killed by deputies didn't have gun 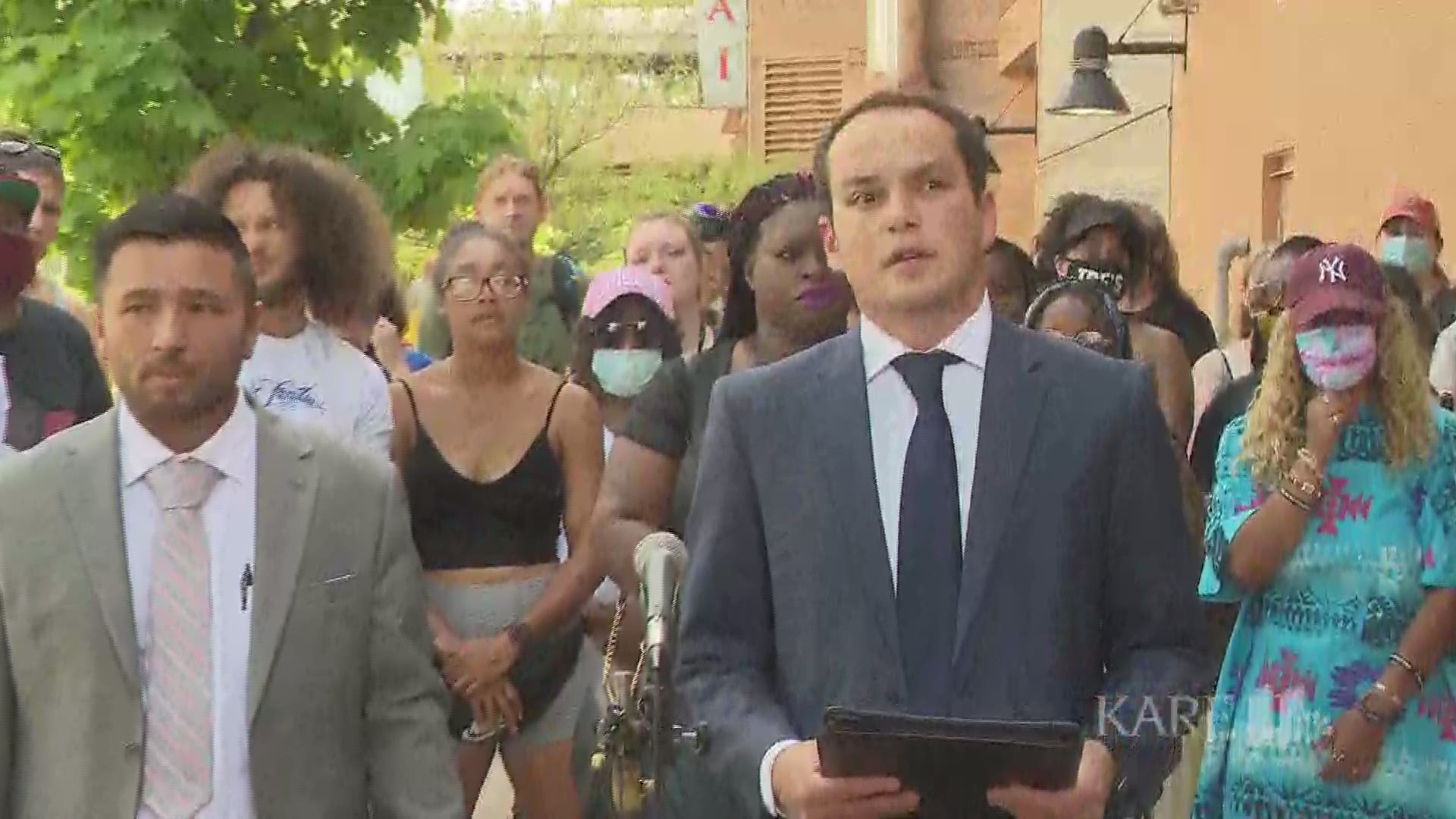 MINNEAPOLIS — The woman who was in the vehicle with the man fatally shot by members of a U.S. Marshals Fugitive Task Force earlier this month says she never saw a gun in the man's possession, nor did she ever see a gun inside the vehicle at the time of the shooting.

On June 3, law enforcement shot and killed a man, later identified as Winston Smith, at a parking ramp in Uptown Minneapolis. According to a news release from the Minnesota Bureau of Criminal Apprehension, the task force members — who were deputies with Hennepin and Ramsey County sheriff's offices — said they opened fire after Smith fired at them through the rear window of his vehicle. A 27-year-old woman was inside the vehicle during the shooting, and was transported to an area hospital after sustaining injuries from the glass.

On Thursday, Racey Rodne, who is one of the attorneys representing the 27-year-old witness, held a press conference in Minneapolis to read a statement on behalf of his client.

According to Department of Public Safety (DPS), Smith was being sought on a warrant for a felony firearms violation.

The BCA, which is leading the investigation, says it continues to stand by an earlier press release in which they stated, "Evidence at the scene indicates that the man fired his weapon from inside the vehicle. BCA crime scene personnel recovered a handgun as well as spent cartridge cases from inside the driver’s compartment.

The BCA said U.S. Marshal Services (USMS) doesn't allow officers on its North Star Fugitive Task Force to wear body cameras, and there is no squad camera footage of the shooting. But the U.S. Department of Justice changed its body camera policy in October of 2020, announcing that it would "permit state, local, territorial and tribal task force officers to use body-worn cameras on federal task forces around the nation."

Protests were held in the days following the shooting calling for more transparency by investigators and law enforcement agencies, a sentiment shared in the statement delivered by the woman's attorneys.

"We are hopeful claims of commitment to progress and transparency and accountability by the BCA and other law enforcement agencies since the murder of George Floyd will be borne out through their actions as we work to shine light on why Winston Smith lost his life last Thursday while on a lunch date," said co-counsel Christopher Nguyen during the press conference.

A full statement from the BCA to KARE 11 on Thursday night is as follows:

The BCA stands by this statement from the June 4 news release: Evidence at the scene indicates that the man fired his weapon from inside the vehicle. BCA crime scene personnel recovered a handgun as well as spent cartridge cases from inside the driver’s compartment.

As it has in all officer involved shooting incidents, the BCA will release all public data when the investigation is closed. Under Minnesota law, the BCA is prohibited from releasing any evidence or discussing an open and active investigation until it is closed. See Minn. Statute section 13.82 subd.7

Once the investigation is complete, the BCA will provide its findings without recommendation to the appropriate prosecutor for review.

RELATED: BCA: Man fired weapon before he was shot, killed by law enforcement in Uptown