Crews were searching in a cornfield when a person piloting a drone spotted the child about a mile and a half from his home. 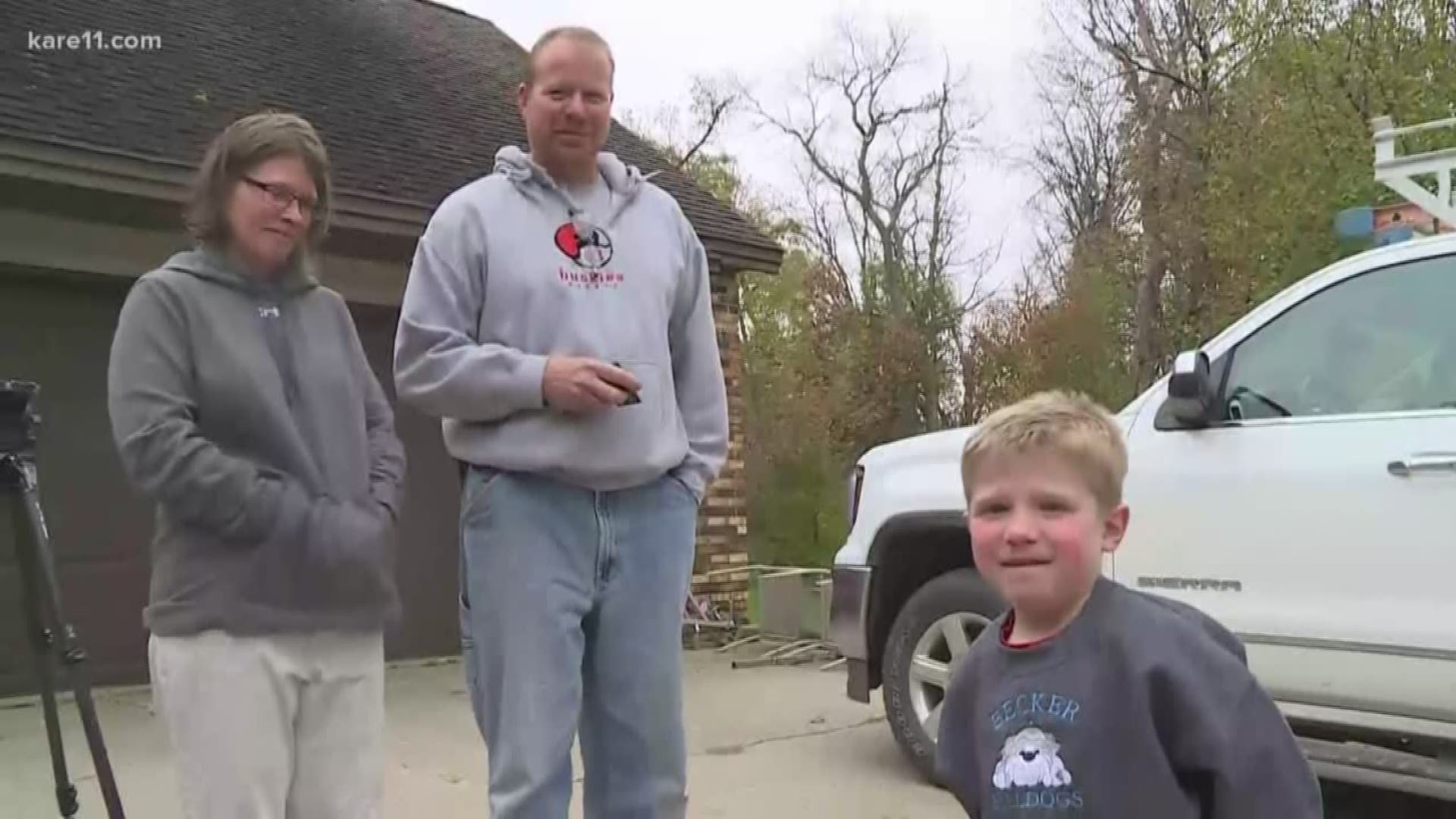 BECKER, Minn. — A 6-year old Becker boy is safe at home after wandering away from home with his family dog and getting lost, igniting a harrowing day of searching involving hundreds of people. 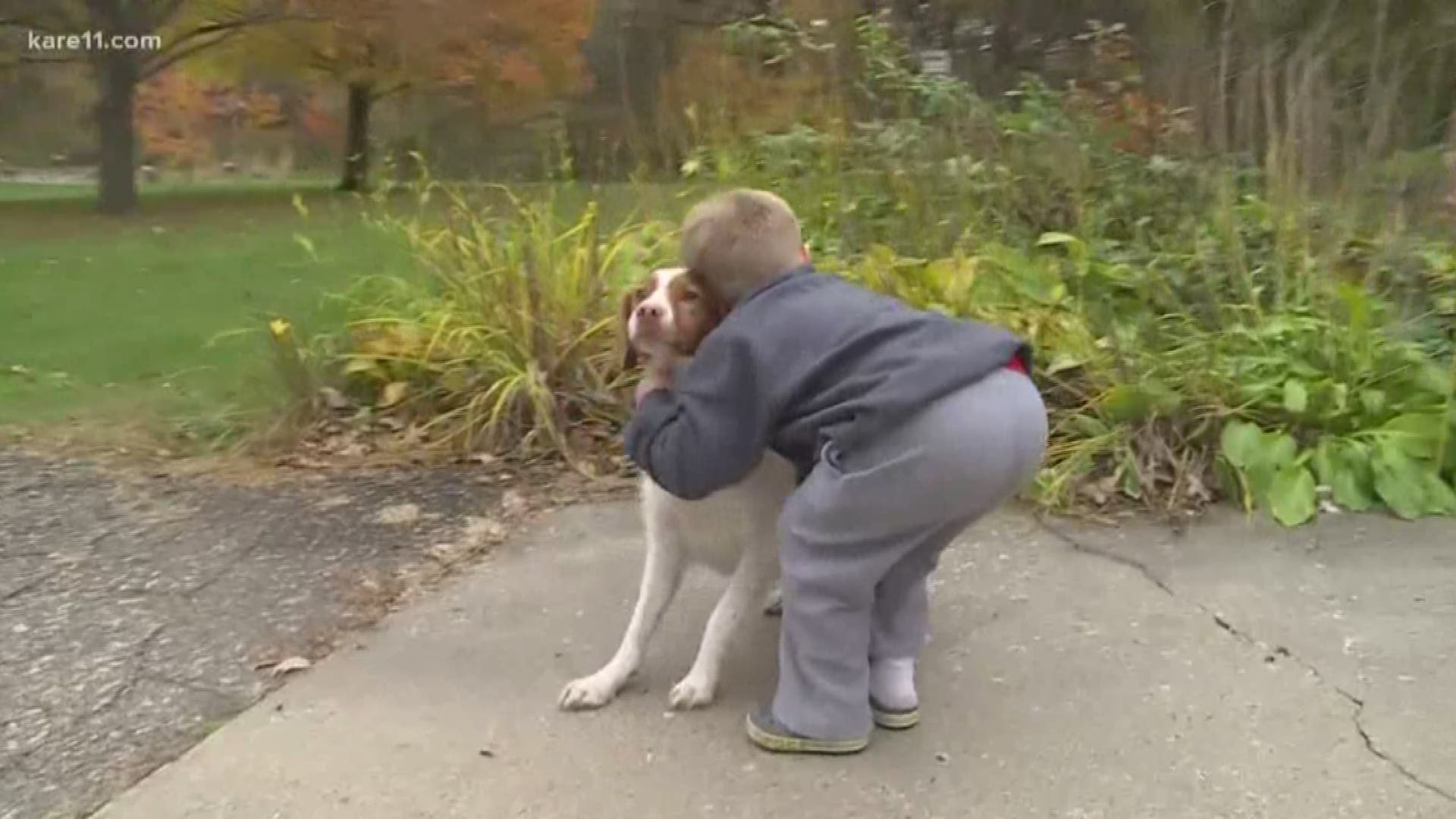 Sherburne County Sheriff's crews were searching for Ethan Haus, along with an estimated 600 volunteers, when a person with a drone spotted the boy shortly before 2 a.m.in a corn field about a mile and a half from his home.

His family told investigators that Ethan wandered off around 4 p.m. after getting off of his school bus. He was followed by the family's 8-year-old Britney Spaniel, Remmie. When word spread through the community that Ethan was missing hundreds of volunteers streamed in to search the rural area.

“This truly was the epitome of a community caring for its own,” said Sherburne County Sheriff Joel Brott. “To see the outpouring of support in such a short time period to come out and help find this boy and his dog is heartwarming.”

Since Ethan was still dressed in the light clothes he wore to school, searchers were worried about the cold affecting the boy as night approached. He was laying down in a cornfield when a heat-seeking drone piloted by Steve Fines of Fines imaging spotted Ethan and Remmie. Fortunately, it doesn't appear that the boy will suffer any ill effects, according to Brott. He was taken to the hospital to be checked out as a precaution.

The community response to the crisis was nothing short of awe-inspiring, with hundreds dropping everything they were doing to come out and search for Ethan as the sun dropped, along with the chilly fall temps.

"Ethan was in my preschool class.  Couple years ago.  I heard the news and had to be here," said volunteer Becca Lardey with tears welling up in her eyes. "It was amazing. A whole community, a whole school. Super, principal, teachers.  Everyone is here. Truly amazing to see."

Lardey's tears of worry turned to tears of joy after her former pupil was found, along with his dog. "It doesn’t matter how long it would take, we were all here.  Such an emotional roller coaster. It’s the greatest feeling.".

The Sheriff's Office tweeted out that the boy, Ethan, got off the school bus with his siblings near Highway 25 and County Road 16, but then ran off to play with the family dog. Ethan has not been seen since.