The Hennepin County Sheriff's Office is asking for the public's help to identify the snowmobilers involved in the January crash. 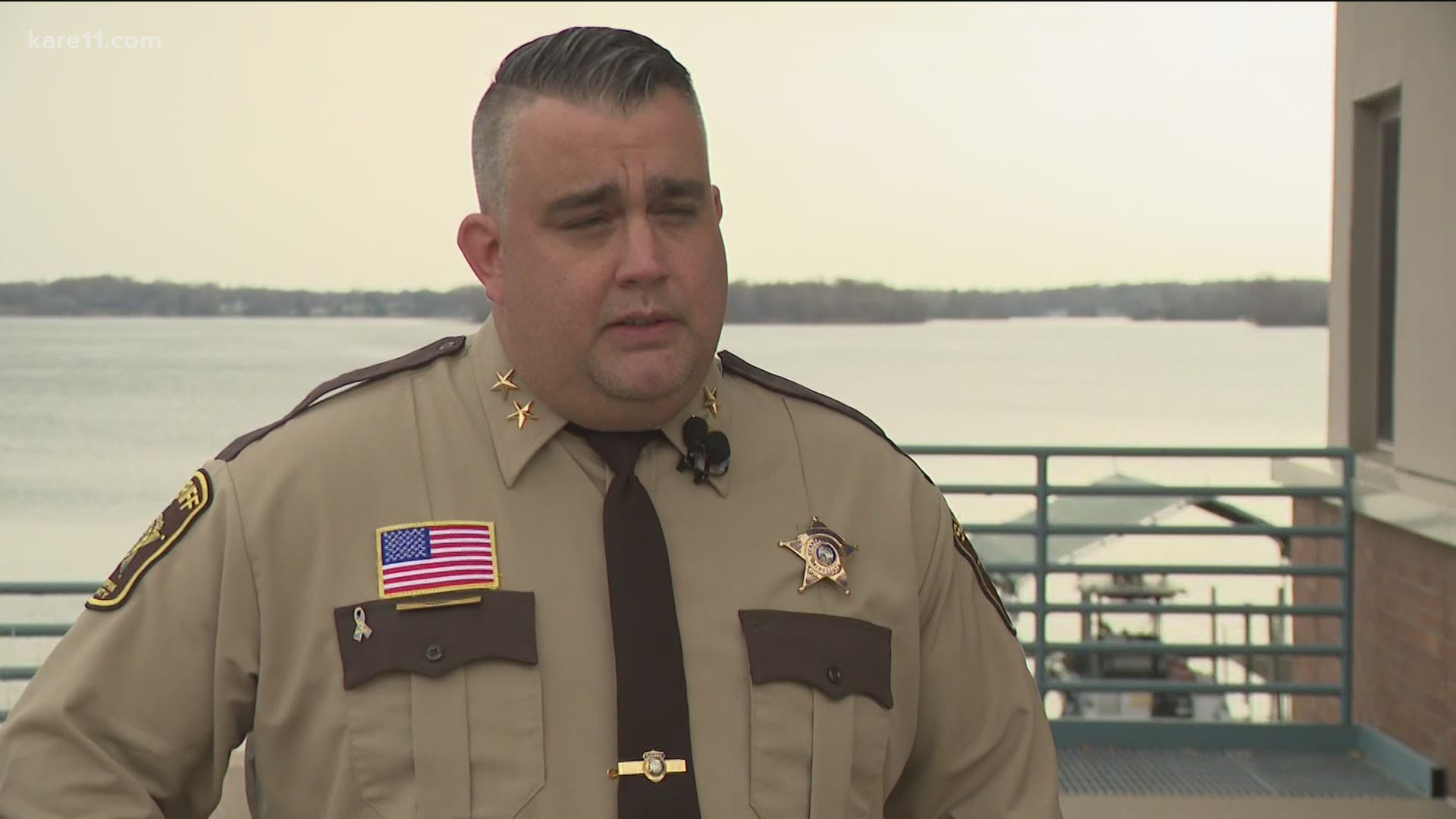 WAYZATA, Minn. — The Hennepin County Sheriff's Office has released new video as investigators look to find the people involved in a hit-and-run between a snowmobile and portable fish house on Lake Minnetonka in January.

A woman inside the fish house was injured.

On January 29, Peter Kissinger and Samantha Hoch were ice fishing on Wayzata Bay. Kissinger had stepped outside the couple's portable fish house to check his tip-up fishing rod.

Investigators said two snowmobiles were speeding along Wayzata Bay, when one of the snowmobiles struck the fish house while Hoch was inside.

The crash happened at approximately 6 p.m. Neither snowmobiler stopped to help and they ultimately fled Wayzata Bay via Lower Lake.

He went on to say, "It's just easier to come forward. Turn yourself in so that person can get past the trauma."

A resident on the lake provided HCSO with surveillance video that showed the crash as it happened.

"This woman was just sitting in the ice house minding her own business and she was struck by a snowmobile. Luckily, she didn't die or get more hurt," Sheriff Hutchinson said.

According to Kissinger, Hoch suffered blunt force trauma to the shin and foot, as well as bone bruising. "Sam's status is recovering. She is doing well and can walk. She is in physical therapy working up to more activities such as running," Kissinger said, via text message.

HCSO investigators said they believe the snowmobile involved in the crash was a newer model Ski-doo, which was likely left with damage to the front end and windshield.

"We're asking shop owners to also let us know if they've had a snowmobile matching that description in the last couple weeks or months for repair," Sheriff Hutchinson said.

The Hennepin County Sheriff's Office is asking anyone with information in the case to contact them. Tips can be left for Detective Diane Nelson at 612-596-8766 or submitted anonymously by calling 1-888-988-TIPS. Tips can also be sent by text to the number 847-411, by beginning the message with "HCSOTIP."