Police say the 18-year-old suspect is facing numerous charges after shooting an officer in the hand. 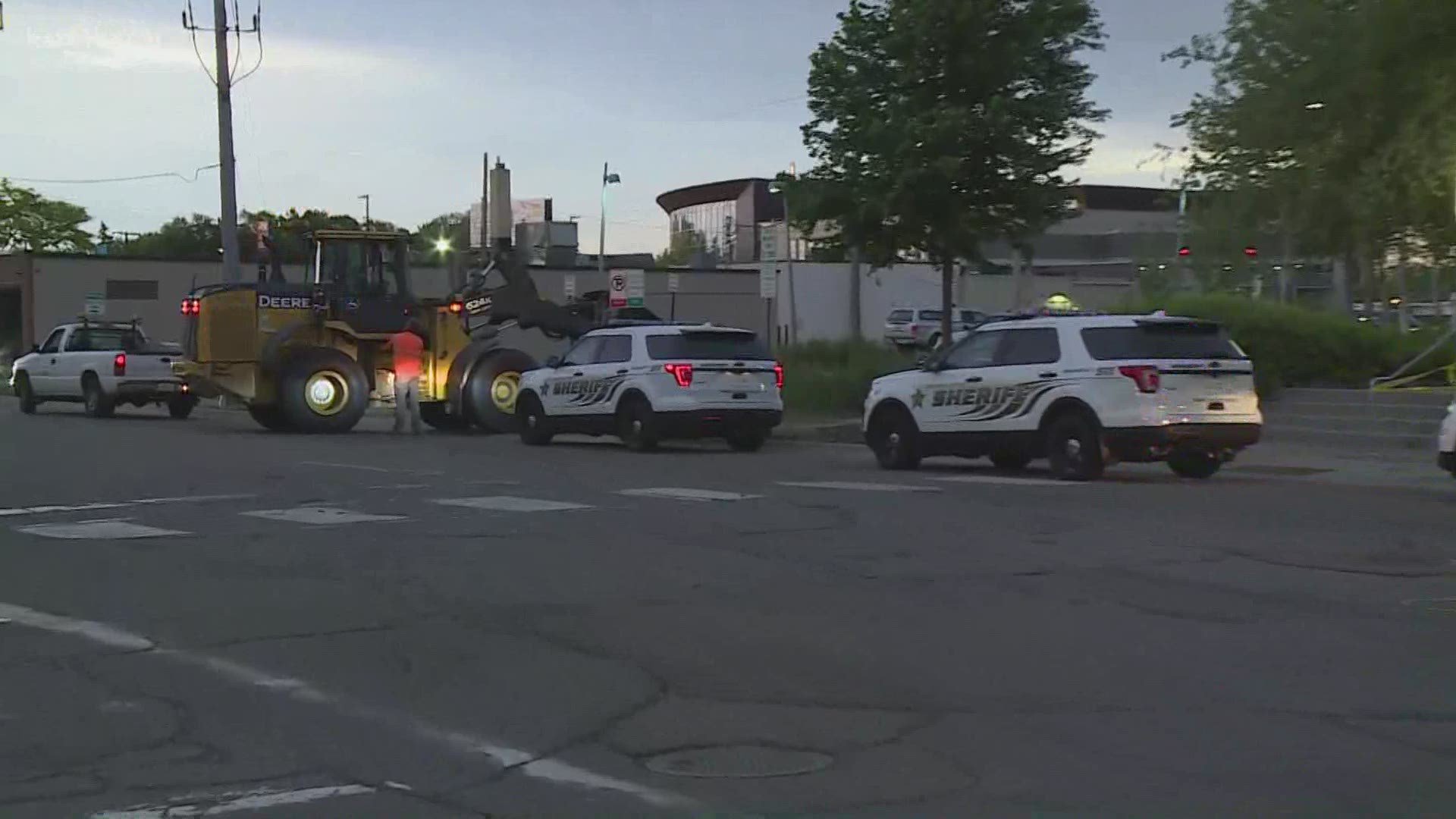 ST. CLOUD, Minn. — The St. Cloud Chief of Police, the head of the St. Cloud NAACP and the local faith community are praising an officer for not using deadly force in a Monday morning arrest.

St. Cloud Police say that just after midnight, two officers were trying to stop and detain an 18-year-old man. He ran, and police caught him in the 1000 block of 10th Ave. South. Police believed the suspect had a firearm.

Police say the man resisted arrest, and during a physical struggle with officers the suspect produced a handgun and fired it once. The arresting officer was struck in the hand.

WATCH LIVE: The St. Cloud police department shares an update after an officer was shot in the hand during an overnight arrest. https://www.kare11.com/article/news/crime/st-cloud-officer-shot/89-28606665-f9ba-4a8d-8221-0a908aaffc8d

In a press release, police say that officers did not return fire and subdued the suspect, taking him into custody. The entire incident lasted about five minutes, according to police.

Both the suspect and the officer whose hand was shot were taken to the hospital. Police say the suspect had non-life threatening injuries 'consistent with a laceration.' He is currently in custody in the hospital and faces multiple charges, according to St. Cloud Police Chief Blair Anderson.

The officer shot is also in stable condition, and their injuries are described as non-life threatening. Chief Anderson says he visited the injured officer, who is in surgery and "good spirits."

In a Monday morning press conference, Chief Anderson noted one of the reasons for speaking was what he referred to as "that devil," social media.

Chief Anderson said that within three to four hours of the video's posting, around 100 people began marching towards the St. Cloud police station. According to Anderson, the angry crowd damaged several buildings on their march.

Four people were arrested and are in police custody on minor charges.

At the press conference, all three leaders commended the officers for their restraint in the arrest, all agreeing that deadly force would have been warranted.

Chief Anderson underlined the importance of building relationships between the community and the police department, saying that these groups had been meeting together for months.

Rev. James Alberts agreed that anger is not wrong, is sometimes necessary, but that everyone needs to find a positive outlet for their anger, reminding Minnesota that "America is watching. The world is watching."

The Bureau of Criminal Apprehension (BCA) is currently investigating the case.