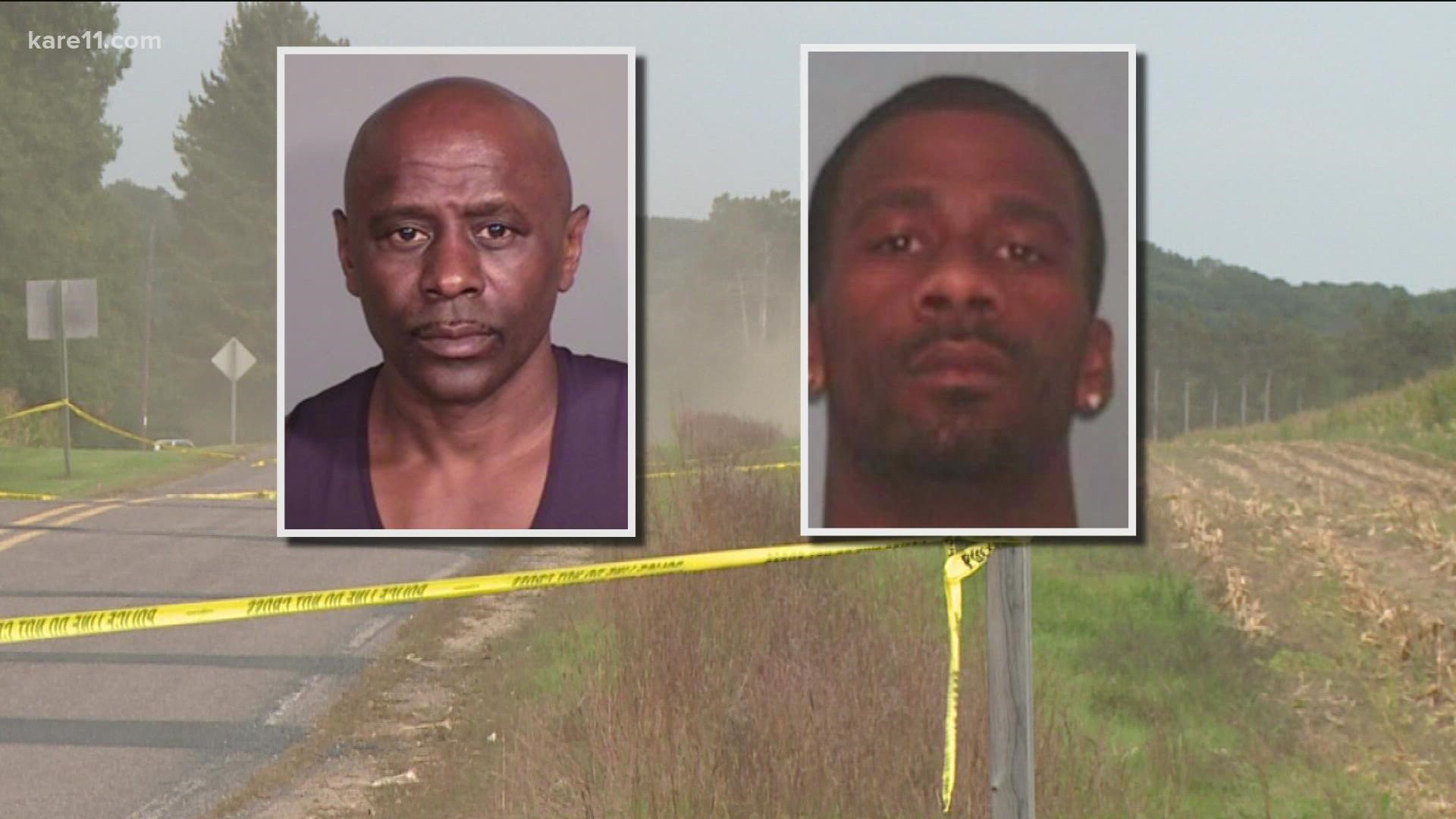 Two men are now charged in connection with a quadruple homicide, where four Minnesotans were found dead Sept. 12 inside an abandoned vehicle in Dunn County, Wisconsin.

Court documents show both 38-year-old Antoine Darnique Suggs and 56-year-old Darren L. Osborne have been officially charged with four counts of hiding a corpse as a party to a crime. More serious charges involving the deaths could be filed in Ramsey County, as investigators have determined that the victims were killed in St. Paul before their bodies were transported to a cornfield outside the small community of Sheridan.

Suggs turned himself in to the Gilbert Police Department in Arizona Sept. 17. Officials say Suggs had been living in the Phoenix area and had been recently traveling back and forth to Minnesota. Authorities say it's unclear how he got back to Arizona.

"To our knowledge, there are no other suspects at this point," Dunn County Sheriff Kevin Bygd told KARE 11 in an interview Friday. "Hopefully, the family and friends of our victims can rest a little easier at night."

A criminal complaint charging Suggs was filed in Dunn County Sept. 15. It is unclear when he will be extradited back to Minnesota or Wisconsin.

The four victims were found Sept. 12 inside an abandoned SUV in a cornfield in Sheridan Township, Wis. in Dunn County. Authorities say the victims are Nitosha Lee Flug-Presley, 30, of Stillwater; Matthew Isiah Pettus, 26, of St. Paul; Loyace Foreman III, 35, of St. Paul; and Jasmine Christine Sturm, 30, of St. Paul. The Ramsey County Medical Examiner determined they all died from gunshot wounds.

According to a criminal complaint filed in the cases against both men, at least three of the victims were last seen leaving a St. Paul bar early in the morning on Sept. 12. Investigators later interviewed witnesses at the bar who told police they saw Suggs there that day with Nitosha Lee Flug-Presley. Surveillance camera footage from the area also showed Jasmine Sturm entering a dark SUV that matched the description of the vehicle where the bodies were later found.

According to the complaint, the SUV and another vehicle were spotted at a gas station in Dunn County around noon on Sept. 12. Surveillance footage showed two drivers appearing to make an exchange. The complaint says the second vehicle was connected to Osborne, and a witness from the gas station later identified Osborne from a photo lineup. The complaint says investigators also found blood-like stains in the parking lot in the spot where the SUV had been parked.

The complaint says investigators discovered an Arizona ID for Suggs inside the SUV near the victims, but law enforcement officers had been unable to locate him until he turned himself into authorities on Friday.