Two teens, a 15-year-old and a 16-year-old, are charged with manslaughter in his death. 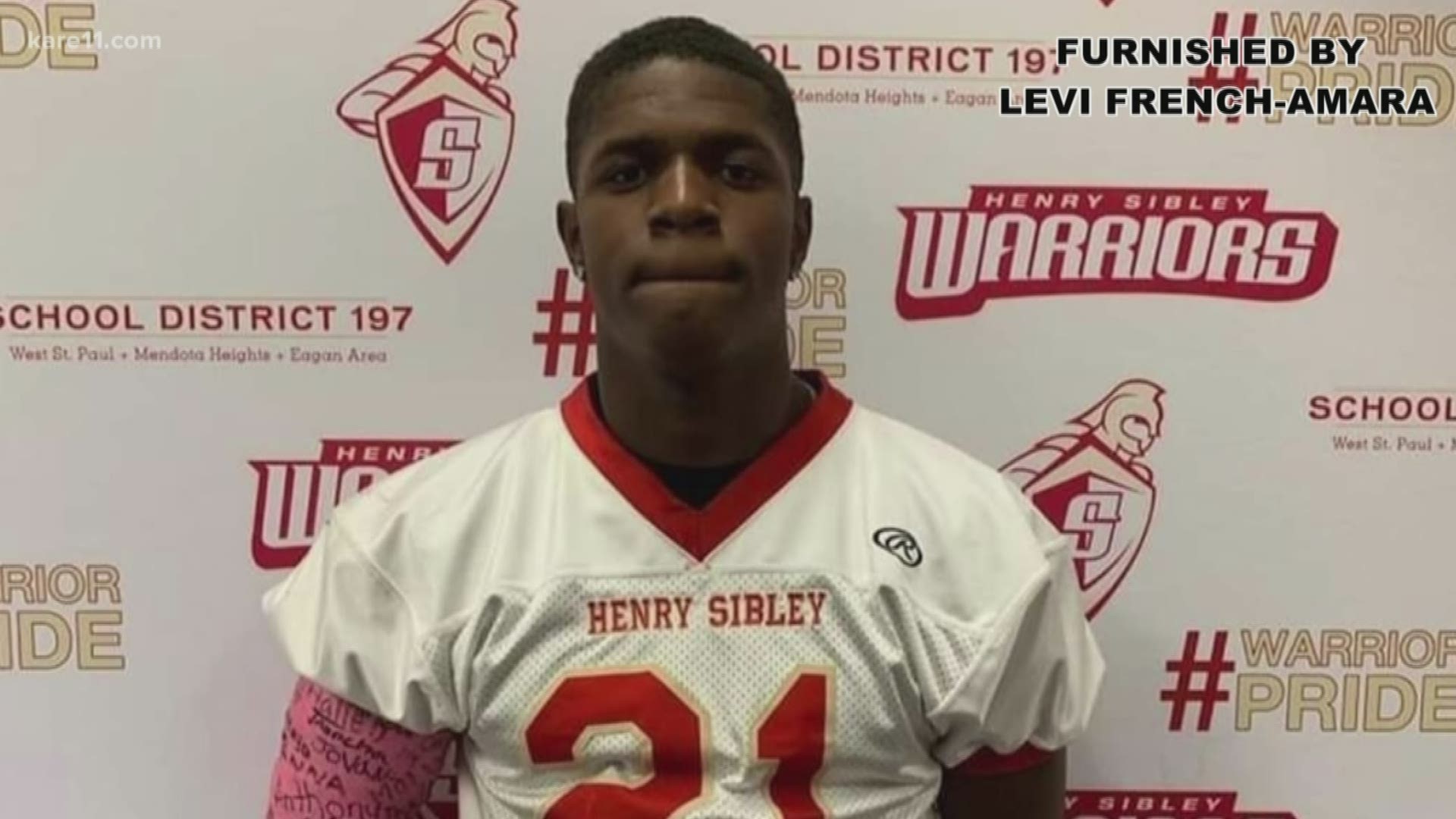 ST PAUL, Minn. — Police have identified the 17-year-old victim of a fatal shooting that took place Wednesday in St. Paul, and have confirmed two teens are in custody.

The victim has been officially identified as 17-year-old Da’Qwan Tremayne Jones-Morris, a senior at Henry Sibley High School.  Police say a 15-year-old and a 16-year-old are in custody at the Ramsey County Juvenile Detention Center and have been charged with manslaughter.

Officers were called to a home on the 100 block of Annapolis Street East, near the St. Paul airport, about 3:30 p.m. There they found a 17-year-old male who had suffered a gunshot wound. First responders attempted lifesaving measures but the teen was eventually declared dead at the scene.

Several people who were inside the home at the time Jones-Morris was shot were brought to police headquarters, where they were interviewed by investigators.

On Thursday the school's principal released a statement commenting on Da'Qwan's death prior to official identification from police, but after he was identified by family and friends:

"Although we do not have official confirmation, our community and the media are reporting about the tragic loss of a beloved member of the Warrior community. Senior Da'Qwan Jones-Morris was funny, outgoing, and well liked by students and staff alike," said principal Ron Monson. "He was a key member of both the football and basketball teams and known for his love of music. We extend our condolences and heartfelt sympathy to Da'Qwan's family and friends. This is a tragedy that will be deeply felt by the staff and students of Henry Sibley High School and with that in mind we will have counselors and staff on hand throughout Thursday to provide help and support in any way they can."

A GoFund me page has been set up to help Da'Qwan's family help pay for his funeral expenses.

It's the city's 28th homicide this year.

"There is information out there that it originally came in as an accidental gunshot (wound)," said police spokesman Steve Linders. "But ... the circumstances surrounding it are under investigation."

According to Linders 145 people have been shot so far this year, as compared to 135 people last year at the end of November.

RELATED: One dead, another injured in Summit-University neighborhood shooting

"Our officers, patrol officers, investigators -- every level of the department -- are working very hard on this," Linders said. "It's discouraging when we keep having to show up and we find people who have been injured by gunfire."

Linders added that the department has taken more than 500 guns off the streets.