2019 is on track to be the most violent year for the city in a decade.

"It has been a tragic week in Saint Paul. Last night was one of the most violent nights I have witnessed in my career," wrote St. Paul Police Chief Todd Axtell on his Facebook page. "Three lives were lost, three families will never be the same and our community is waking to uncertainty and fear."

“There’s a very small number of people involved in this violence," added police spokesman Steve Linders. "Let’s find them and hold them accountable.”

Chief Axtell has scheduled an emergency meeting of his executive team for Tuesday morning to discuss a fitting response to the outbreak of violence and hopefully, a detailed plan moving forward in the days ahead.

"Please know that the women and men of the SPPD are working tirelessly to apprehend anyone involved in this violence... pray for the victims, our community and our staff who are exhausted from working extraodinary hours," Axtell wrote. "I called a meeting with my executive team this morning to make sure all of our resources are aligned in an effort to apprehend those responsible and to prevent any further violence. I will announce my plans later today."

Chief Axtell and Mayor Carter will meet with reporters at 3 p.m. Tuesday to discuss the results of their meeting.

Officers arrived at the corner of Rice St. and Winnipeg Ave. West and found an 18-year-old suffering from gunshot wounds, laying in a corner store in St. Paul's North End neighborhood.

Emergency responders tried to help the victim, but he died inside the business.

Police identified the victim as Raumez Ross of Apple Valley.

Police say around 30 people were in the area at the time of the shooting, at risk of being shot.

No arrests have been made, but police do not think the shooting was random. 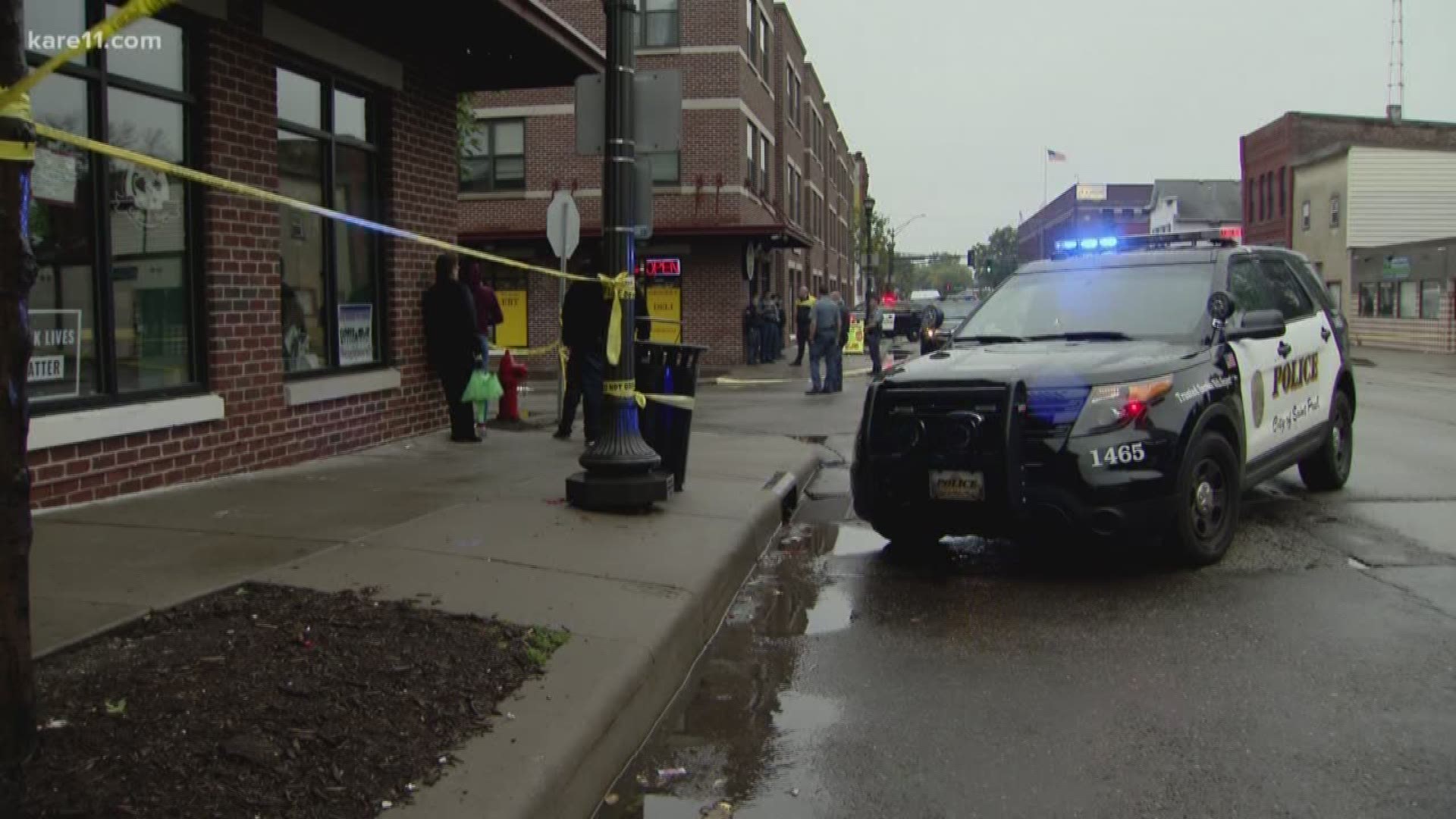 The deadly incident began when a man rear-ended a vehicle drive by a woman, pushing her into the northbound lane of Edgerton and then into a parked car. The man's vehicle continued to move after the accident and struck a second parked car.

A good Samaritan came outside after hearing the crash in an attempt to help the drivers. At that point, police say, the driver responsible for the crash pulled a gun and began firing, with at least one bullet striking the Samaritan in the head.

The Yanez was declared dead at the scene. Officers were able to take the shooting suspect into custody.

According to spokesman Linders, police learned about the third homicide around 12:15 a.m. when a vehicle with three people inside arrived at Regions Hospital. Two people inside that car were suffering from gunshot wounds.

A passenger in the vehicle was declared dead on arrival, while the driver was treated for non life-threatening injuries. The third passenger wasn't injured.

Investigators subsequently learned that the car with the three passengers was at the intersection of Marion St. and University Ave. W. when someone in another vehicle began shooting at them. The suspect or suspects fled, and have not yet been identified.

With the latest shooting St. Paul is on pace to see the deadliest year in at least a decade. Back in 2017, there were 22 homicides in the city.