According to the complaint, surveillance video shows Williams and Taylor apparently "playfully interacting" when the gun goes off. 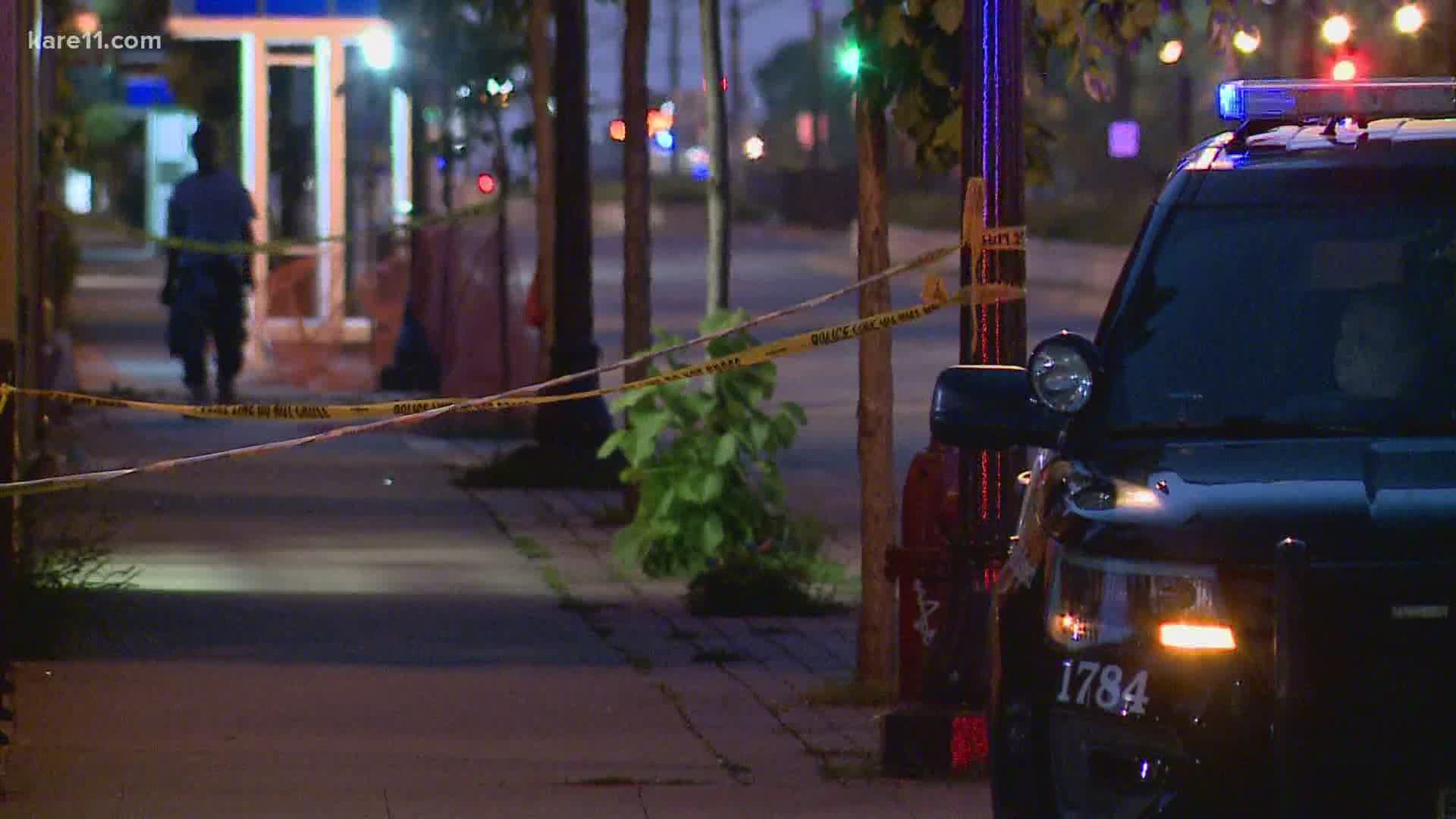 ST PAUL, Minn. — A St. Paul man has been charged with second-degree manslaughter in the shooting death of a woman outside a Midway bar early Wednesday morning.

The shooting happened by the Trend Bar on University Avenue near Asbury Street. St. Paul police spokesman Steve Linders said multiple people called 911 to report a disturbance around 1:15 a.m., and while officers were responding police learned that a woman had been transported to Regions Hospital in a private vehicle, where she was pronounced dead.

Dominique Dangelo Taylor has been charged with culpable negligence in the death, a variation of second-degree manslaughter.

According to the criminal complaint, Taylor and Williams were seen on surveillance video outside the bar before the shooting, and "appeared to be playfully interacting by jostling and shoving one another."

The complaint, filed in Ramsey County District Court on Thursday, says Taylor was seen stepping over the curb holding onto Williams' arms, and then people ducked in response to a gunshot. Williams grabbed her abdomen and lay down on the ground. Taylor was seen picking something up from the ground, putting it in his pants, and then getting into a car and leaving, according to the complaint.

Someone else rushed Williams to the hospital, where she was pronounced dead at 1:45 a.m. Taylor went to Regions Hospital, where surveillance video showed him arriving at 1:53 p.m. Officers arrested him outside of the emergency room and recovered a gun that he was carrying in his sweatpants, the complaint says.

Taylor told officers that the gun was the one that went off and hit Williams, according to the complaint. The gun "was older and appeared to be in bad shape," prosecutors say, and officers found a brass casing lodged in the ejection port, leaving the slide partially open. They found at least seven live rounds of ammunition.

According to the complaint, Taylor told police that the gun fell out of his pants and discharged, hitting Williams, and he was "too drunk" to stop it. The complaint says Taylor told investigators he needed the gun as protection from other gangs.

Taylor is charged with second-degree manslaughter - culpable negligence creating unreasonable risk, in Williams' death. He is also charged with a felony crime committed for benefit of a gang, for carrying a firearm even though he was ineligible due to previous felony convictions. Taylor's first court appearance is Thursday.

Williams' death marks St. Paul's 17th homicide of the year. At this time last year there were 12.

"Unfortunately, like other communities across the country, St. Paul has not been immune to the increase in gun violence," Linders said. "I can tell you we've had 95, now 96 people shot so far this year in the city. Last year at this time we were at 70, which is a big increase."

Linders also said reports of shots fired from the beginning of the year to June 15 were up 130%, a number he called "disappointing." He said St. Paul police have added officers to its gang and gun unit, and that the department is working hard with community partners to curb growing gun violence.