Police spokesman John Elder says the incident started when the suspect pointed a weapon at someone on the city's north side. 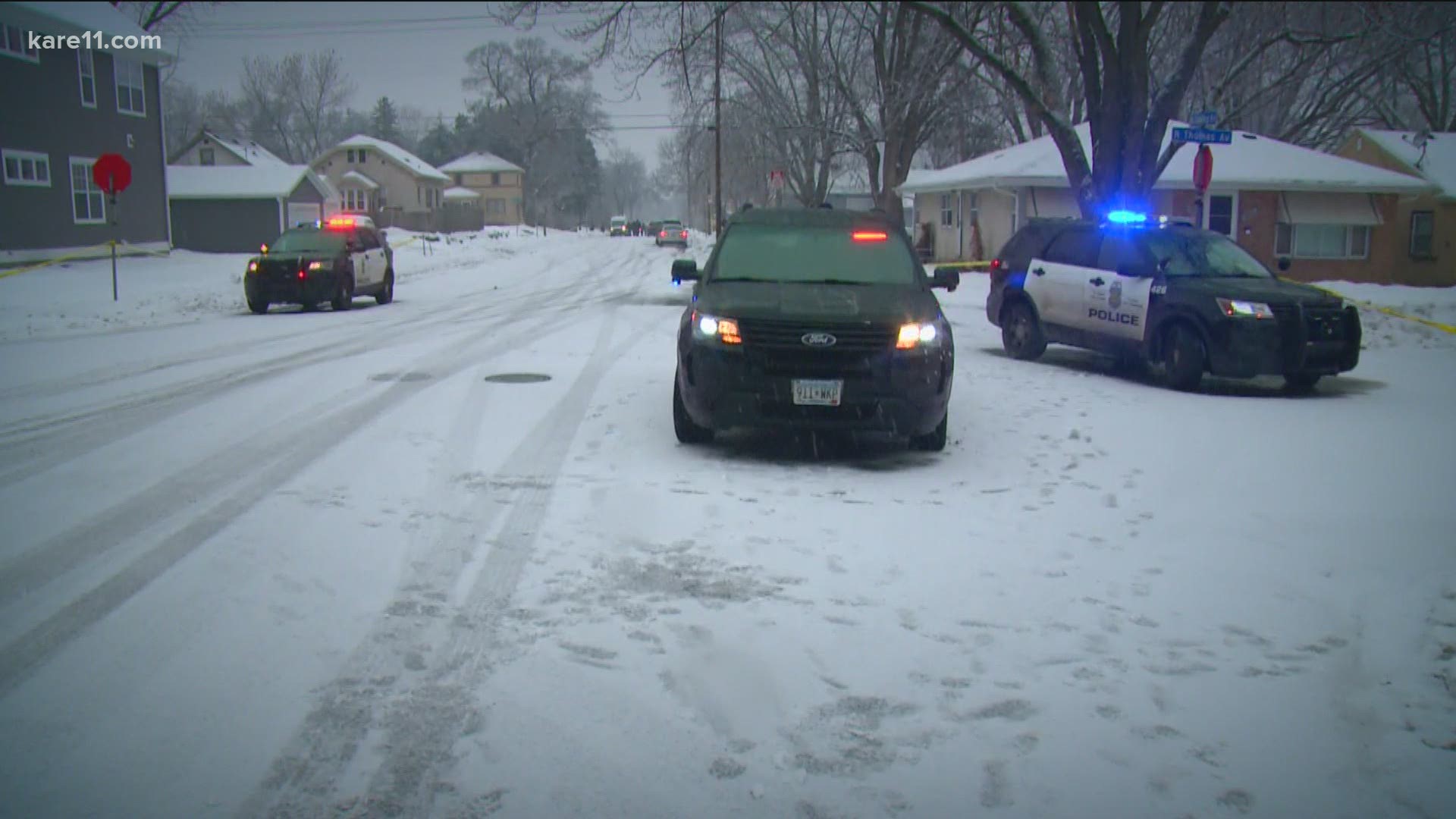 MINNEAPOLIS — A suspect is hospitalized with what Minneapolis police are calling non-life threatening injuries after exchanging gunfire with officers Thursday morning on the city's north side.

Minneapolis police spokesman John Elder says dispatchers received a 911 call at 8:22 a.m. about an individual pointing a gun at them near North Logan and Lowry Avenues. Squads responded and located the suspect vehicle within about a minute.

Officers attempted a traffic stop but say the driver refused to pull over. Elder says a slow speed pursuit began, ending at 8:25 a.m. when the suspect vehicle crashed near the intersection of North Dowling and Vincent Avenues. At that point, police and the suspect exchanged fire.

Video of scene from Thomas and Dowling. pic.twitter.com/HyVe4163d3

The situation de-escalated to a level that officers were able to switch to "non-lethal" force, Elder told reporters, and the suspect was taken into custody and transported to a local hospital with wounds that are thought to be non-life threatening.

Police say it is believed that the injury to the suspect is a gunshot wound, but Elder said that would be confirmed at the hospital.

The investigation has been turned over to the Minnesota Bureau of Criminal Apprehension (BCA), which is standard procedure in most cases where officers discharge their weapons.

KARE 11 has a crew on scene and will share the latest details as they become available.