What began as a call for a welfare check led to the discovery of bodies inside a home on the 5400 block of 183rd Street West. 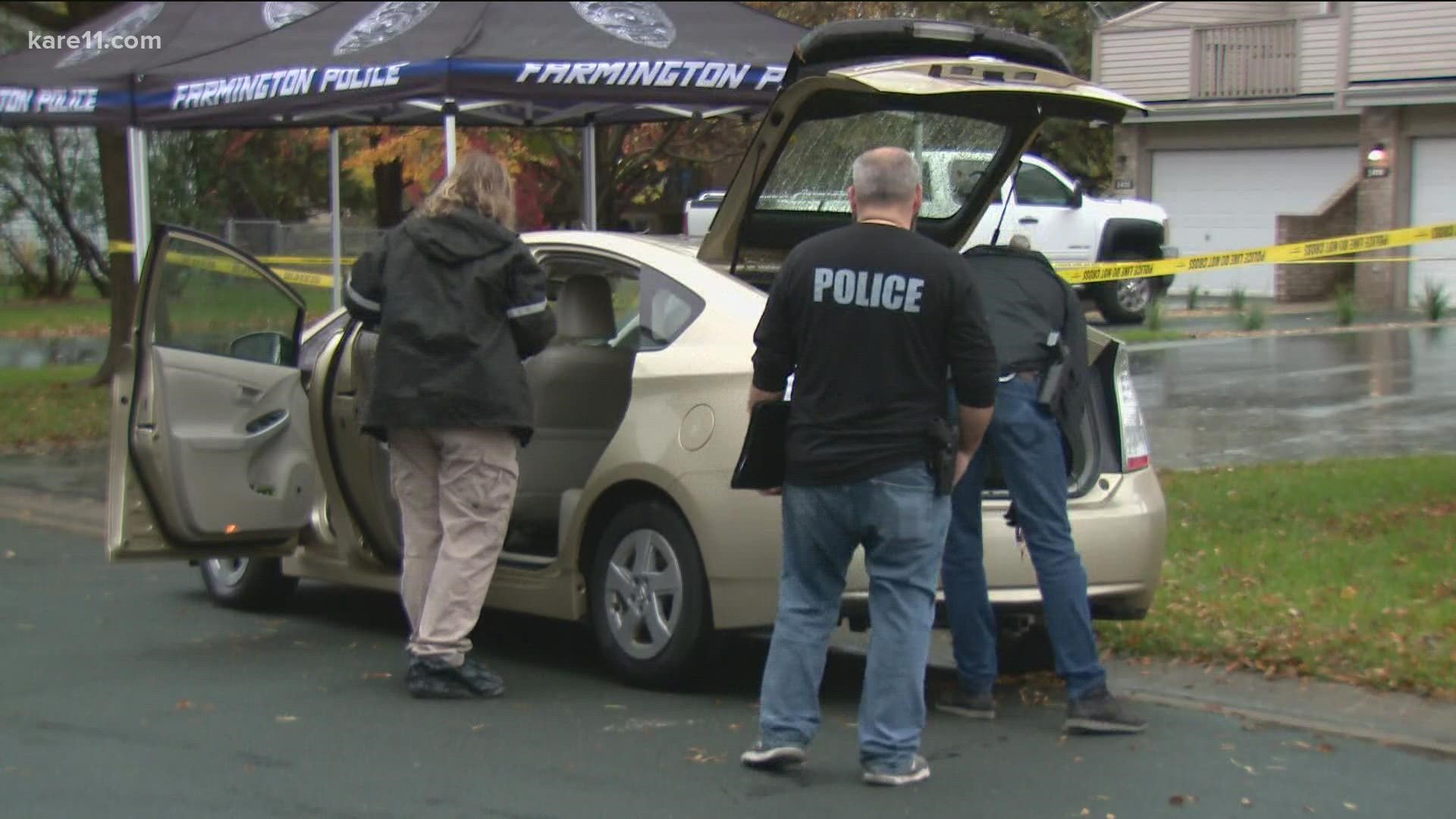 FARMINGTON, Minn. — A man is in custody after police located three people dead inside a home in Farmington Wednesday night.

Farmington police say squads were dispatched to a home on the 5400 block of 183rd Street West for a welfare check just before 9:30 p.m. When officers arrived at the address they found three people dead inside the home, and a man on the scene who was taken into custody.

That person is in custody at the Dakota County Jail pending charges. The jail roster shows he is being held on three counts of probable cause second-degree murder.

“I want to reassure the community that this was not a random incident and there is no ongoing danger to the public," said Farmington Police Chief Gary Rutherford in a released statement. "We are not looking for any additional suspects.”

Agents from the Minnesota Bureau of Criminal Apprehension (BCA) are helping Farmington police with the investigation, along with the Hennepin County Medical Examiner's Office.

Police are searching a couple cars parked outside the residence. Next door neighbors tell me they did not hear any noise last night. Farmington Police arrived at 9:28 pm last night to check on the welfare of a person visiting the residence, when they found three dead. @kare11 pic.twitter.com/bSSSWdI2Qv

KARE 11 is following this developing story, and will have additional information as it becomes available.