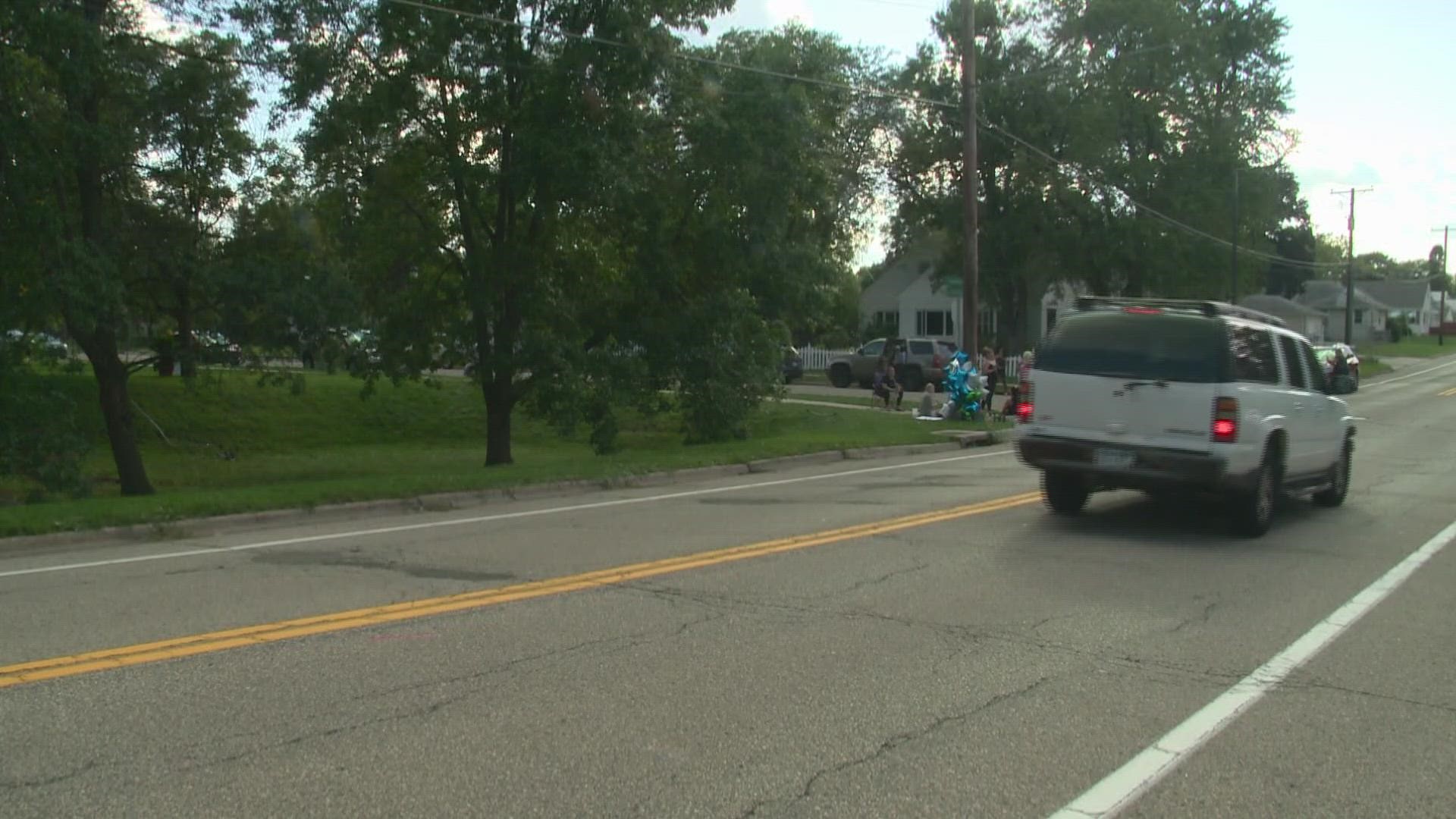 MAPLEWOOD, Minn. — The Ramsey County Attorney's Office says the 15-year-old driver of a stolen vehicle carrying five other teens has been charged in two of their deaths.

The vehicle crashed in a yard following a police pursuit in Maplewood Sept. 3.

Due to the boy's age, Minnesota law prohibits the release of his name, or any other identifying information.

At a vigil Saturday afternoon family and friends identified the two teens who were killed as 14-year-old Marcoz Paramo and 15-year-old Alyjah Thomas.

According to a press release from the Ramsey County Sheriff's Office, a deputy located a stolen vehicle around 3:40 p.m. that afternoon and subsequently tried to initiate a traffic stop on Beebe Road North and Holloway Avenue East.

Police said the driver of the vehicle did not pull over, prompting a pursuit that lasted until the deputy lost sight of the stolen vehicle. The officer continued to search until locating a crash scene in a yard near the intersection of Larpenteur Avenue and Chamber Street.

Police say three individuals from the vehicle ran from the scene on foot, while three others remained trapped inside. Emergency personnel attempted life-saving measures, but two of the teens died from their injuries.

Two of the suspects who fled after the crash were found and taken into custody. Police said officers later arrested the driver.

"My baby was so sweet, he had a big heart," said Tanya Gile, the mother of Marcoz Paramo. "He had a family that loved him and cared about him and tried to teach him right from wrong, did everything the best that they could."

"They were all good kids, they just made some bad choices," she added tearfully.