Devon Glover, 20, and Marshawn Davison, 19, were both charged Monday with attempted first-degree murder with intent while committing a felony.

BLOOMINGTON, Minn. — Two men have been charged after an armed robbery last month at Penn Lake Roast Beef in which the restaurant owner was shot.

Devon Dwayne Reginald Glover, 20, and Marshawn Michael Davison, 19, were both charged Monday with attempted first-degree murder with intent while committing a felony.

According to the criminal complaints, the two are known by law enforcement to be affiliates of the "EBK/PBK" street gang.

Video surveillance from the business where the victim was working showed Glover and Davison entering the dining area of the restaurant from behind a swinging kitchen door. Glover opens the door and both he and Davison are seen walking towards the front of the restaurant where the cash register is located, and the owner Kevan Tran is seen counting the till, according to the complaint.

The complaint states the video shows Glover pull his gun and point it at Tran, who still has the cash register open. Tran then shuts the register and steps towards Glover, who fires at Tran. Tran is seen immediately falling to the ground in a seated position behind the counter. The video then shows Glover grab an unknown amount of money from the register and then walks back towards the back of the restaurant. Davison is also seen running to the back of the restaurant after the gunshot. Davison then runs back and looks behind the counter, towards the cash register, pauses and goes back, at which time the victim is attempting to get up, the complaint says.

According to a statement from Tran, he was able to get up and make it to a nearby liquor store, yelling that he had been shot. First responders were able to administer life-saving procedures and Tran was transported to a local hospital, where he is still recovering.

Investigators took Davison into custody on July 1 after they said he fled from police and was later located at an apartment building where he was living. During questioning, Davison admitted to being at various businesses in Bloomington, and did not deny he was one of the individuals on the surveillance footage. When asked who his associate was, Davison said he didn't know his government name, but referred to him twice as "Chiraq," which is Glover's street name, according to the criminal complaint.

When asked about the restaurant where Tran was shot, the complaint says Davison stated he was nervous and told Glover he didn't want to be there. He later said Glover went into the restaurant and told him to come with him.

According to the criminal complaint, Davison said he didn't know Glover had a gun until the gun went off. Davison admitted to seeing the victim on the floor and said he felt bad and that the victim was innocent and didn't deserve to be shot. Davison then admitted that the victim had not threatened them and claimed he wanted to help him and asked him if he wanted some water. but Glover yelled at him and asked him as to why he would ask that, the complaint says.

When asked why he didn't help the victim, Davison said he thought about it, but that he was on probation, so he didn't offer to help.

The criminal complaint states Glover was also taken into custody on July 1 after a separate chase. On July 2, detectives obtained a post-Miranda statement from Glover where he adamantly denied being involved in any crimes in Bloomington. Detectives showed Glover multiple still images that appeared to be Glover from surveillance video, including an image of him in a liquor store in Bloomington. Glover admitted he was the person in the photo.

When asked about the shooting victim, Glover denied it and became "uncooperative," according to the complaint, at which time detectives attempted to end the interview. Glover later admitted to entering the restaurant where Tran was shot, but claimed he didn't know why he entered. He indicated the victim looked like he was going towards his waistband, so Glover drew his weapon and the gun just went off, according to the complaint. He stated he didn't intentionally shoot the victim.

When asked why he didn't help the victim, Glover said because he was on parole "and it would have been a mess."

Glover is currently being held at Ramsey County Jail and Davison is at Hennepin County Jail. 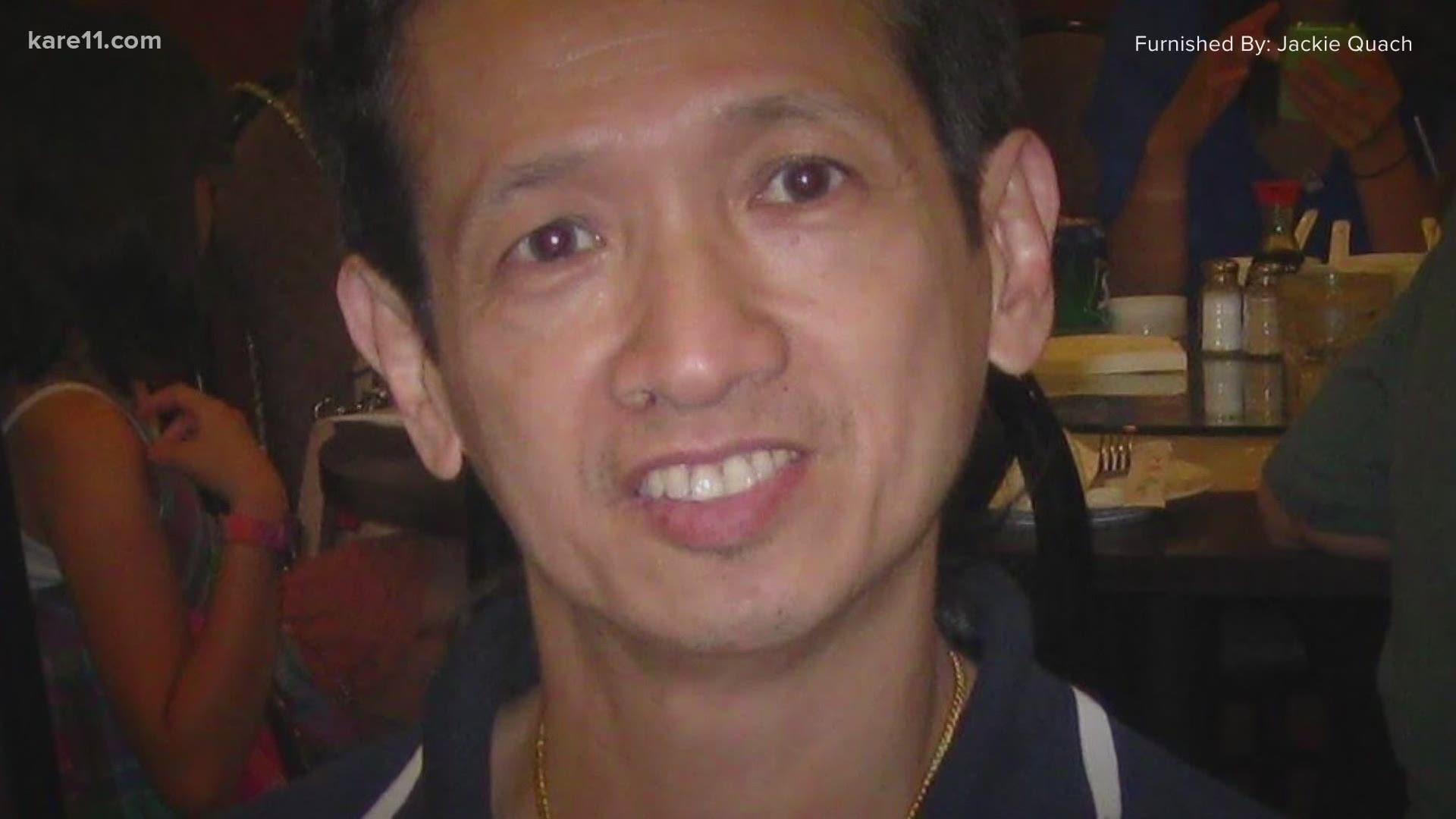