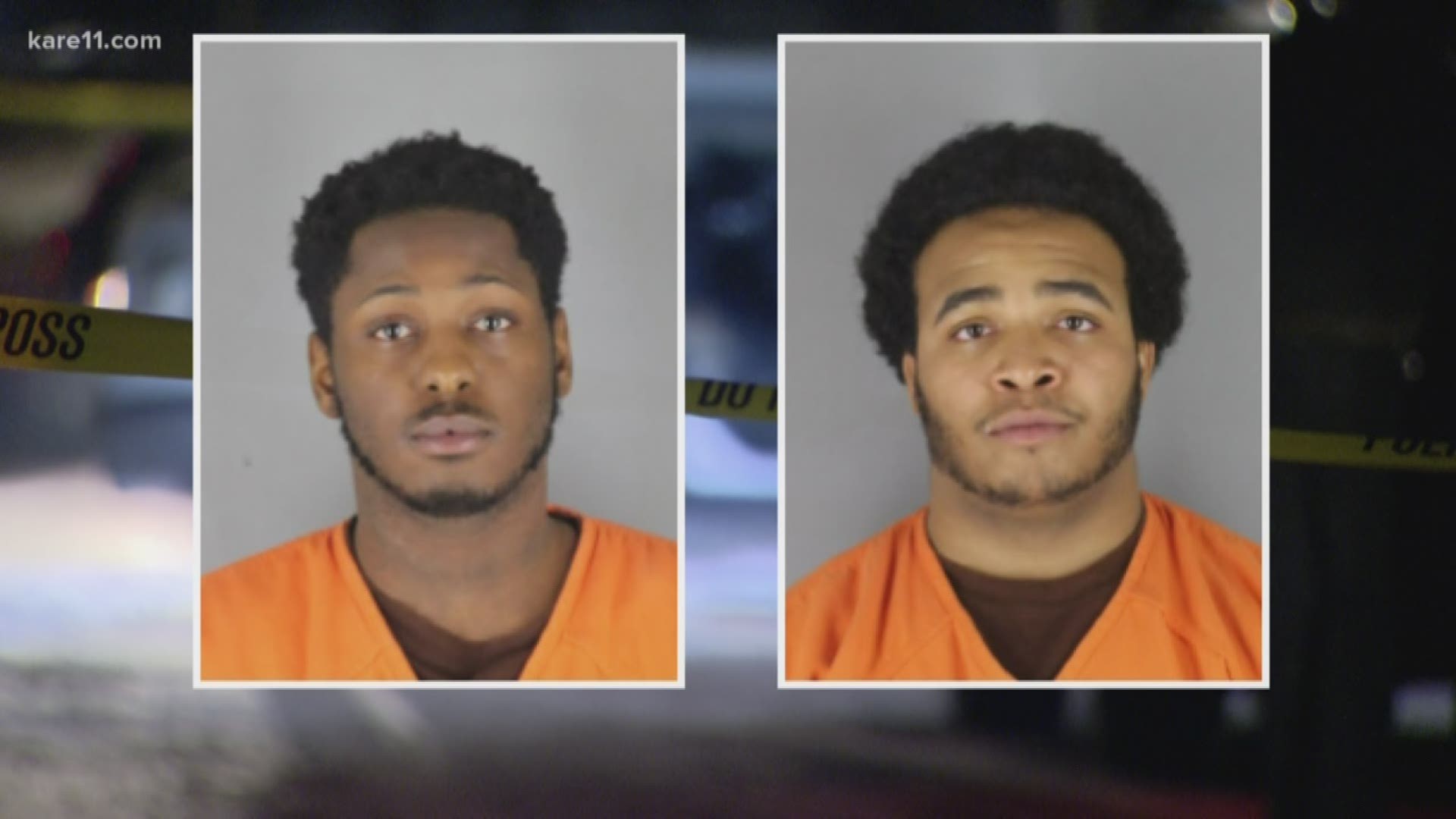 MINNEAPOLIS — Two men have been charged in Thursday's shooting death in north Minneapolis.

James Moore and Tyreik Perkins were charged early Friday morning by the Hennepin County Attorney's Office in the death of a man in the driver's seat of a crashed SUV on Russell Ave. N. Thursday evening. Police rendered aid to the victim, who had been shot in the back, and was then transported to North Memorial Hospital where he was pronounced dead. The victim has been identified as 21-year-old Malik Smith.