Police say they have identified two male suspects who allegedly drove a vehicle out onto the soaking wet fields and did a number of donuts, destroying an estimated 200,000 square feet of turf. 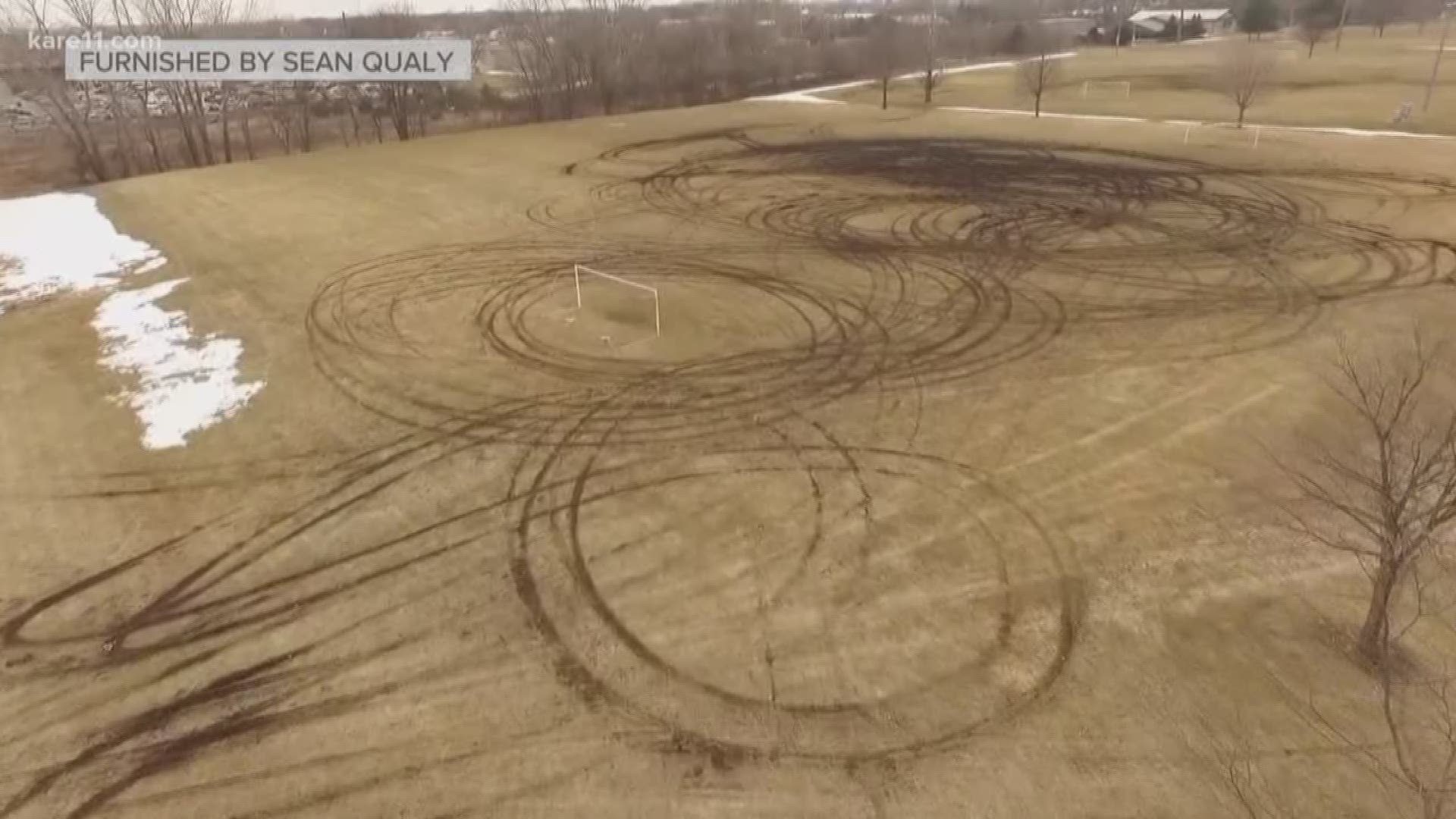 HASTINGS, Minn. — The City of Hastings is considering its options after vandals caused significant damage to a busy athletic complex last Sunday.

A post on the city website shows an aerial picture of three soccer fields with torn-up turf at Veterans Athletic Complex. Police say they have identified two male suspects who allegedly drove a vehicle out onto the soaking wet fields and did a number of donuts, destroying an estimated 200,000 square feet of turf that will likely cost tens of thousands of dollars to repair. City officials are hoping some of the costs will be covered by insurance.

"They're talking about four acres in total of damage," said Phil Vargas, the Sports & Recreations Coordinator for the city, "Some of the ruts are about six to eight inches deep, so it's definitely going to make the fields unplayable."

As significant as the financial hit is the disruption to the Hastings Futbol Club (HFC), a local youth soccer organization with 580 youth currently register for both rec and traveling soccer. HFC has 125 games scheduled at Vets Park between April 30 and June 3 alone.

"We had 125 games scheduled for out here that are not going to happen and we've got to find in the next couple weeks, some place for them," said Dan Schaack, Vice President of the HFC, "This is five large fields and it's not an easy thing to find different large fields in town."

“Vandalism and damage at any facility is discouraging; willful damage to this degree is both frustrating and disheartening,” said Parks & Rec Director, Chris Jenkins. “These fields are a place where our community’s youth are learning a sport, developing skills, building and maintaining fitness, building friendships, learning responsibility and more.” Jenkins continued, “This damage will be corrected, and play will resume, but it will require a lot of effort and expense to get there.”

City staff have already met with multiple contractors to examine the extent of the damage and get quotes on a variety of options to restore the fields. Some sections of the fields suffered tire ruts from 8 to 10 inches deep, causing significant damage and requiring extensive repair efforts.

The city says options include leveling off the field and planting new grass, which would take over a year. They're also considering laying new sod, which would only take about a month, but would cost a lot more.

Hastings Police anticipate criminal charges will be filed against the suspects in the next few days. They say they haven't arrested them yet, but are "hopeful" that they'll do so before the end of the week.

Police also believe they have the vehicle that was used in the vandalism. They have not found a connection between the suspects and the field and say the vandalism "appears random."