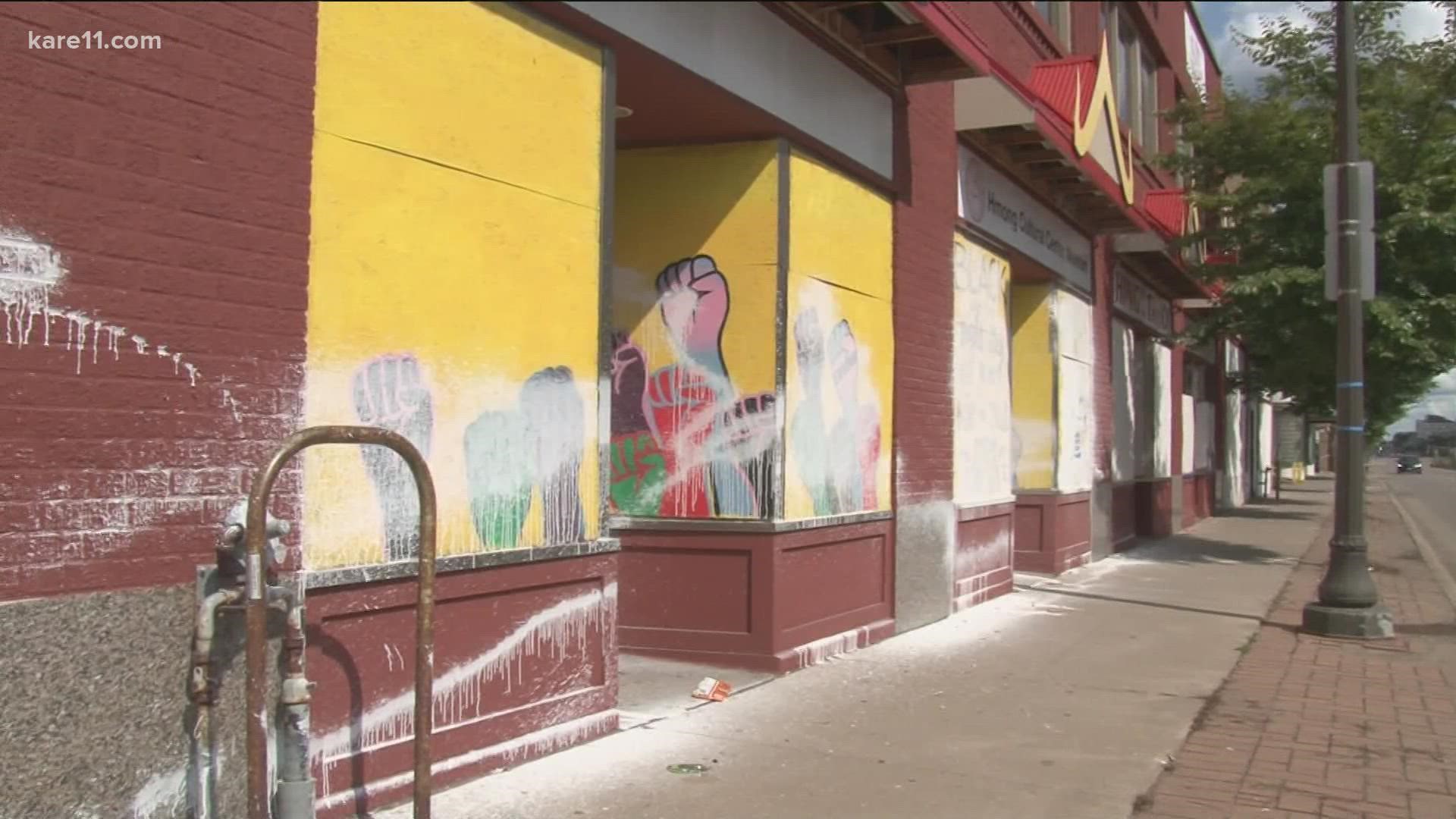 ST PAUL, Minn. — Police are investigating vandalism at the building where the Hmong Cultural Center and Museum are located. Early Wednesday, the vandals used whitewash paint to cover up artwork painted on plywood sheets in the aftermath of George's Floyd's death in 2020.

At least one surveillance camera picked up the crime. Three white men in dark hats and covered faces walked directly to the May's Market building on University Avenue and began splashing paint on artwork devoted to racial equity with depictions of Floyd.

They also left behind a calling card -- painting the words "Life, Liberty, Victory" on the panel closest to the cultural center's front door. It's a slogan often used by members of the Patriot Front, which is known as a white supremacist, neo-fascist group.

"I hope that there will be a safe place for everyone and in the future nothing like this happen again," Txongpao Lee, the organization's executive director, told KARE Thursday.

"We try to be nice, and we try to educate and respect each other, so we know that the property belongs to others and cost a lot of money to build. So, we need to respect people’s property."

Lee said it wasn't clear whether the racist vandals were targeting the Hmong Cultural Center Museum specifically or were just looking to wreck all of the art panels that have covered the May's Market building since civil unrest erupted.

In the first 24 hours after the vandalism was discovered Lee heard from Mayor Melvin Carter and Congresswoman Betty McCollum with offers of help and support.

His nonprofit research center and museum is dedicated to educating the public about Hmong history and culture, but Lee theorized the vandals might have mistaken the center for a political group.

"The museum and the Hmong Cultural Center is an education place," he explained. "We have students from elementary, high schools and college students, and people from around the U.S. come in to see what we have here and to learn more about the Hmong community and Hmong people."

He said the building's owner isn't prepared to remove the plywood panels yet, leaving glass windows exposed. So, the wrecked artwork might end up being covered in a neutral color for the time being.