Victim's family in Minneapolis carjacking speaks out after 3 teens die

"That kind of blatant attack in the middle of the day to an elderly person who was there just feeding a cat, it's like, that's not right." 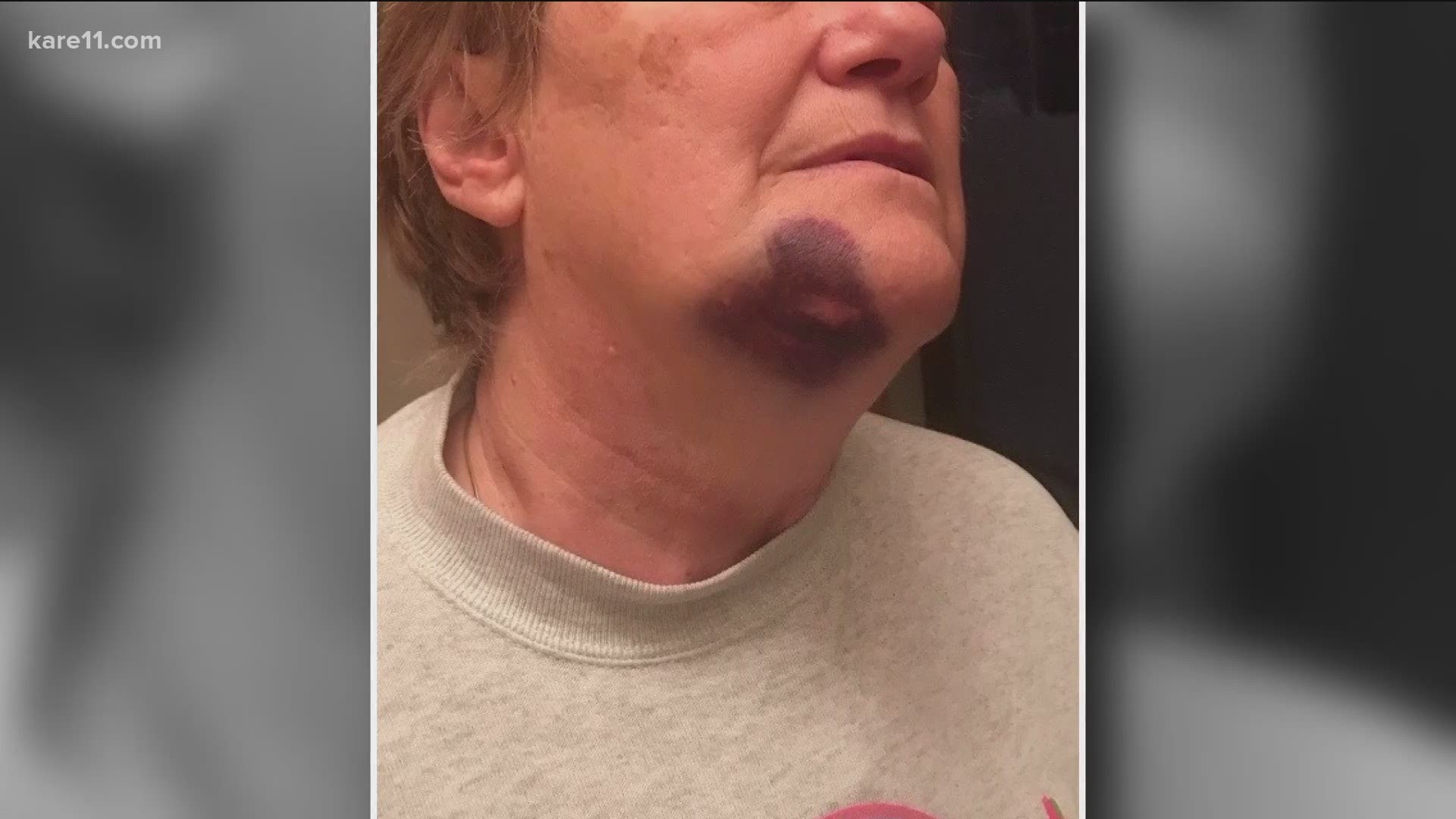 MINNEAPOLIS — "She's a strong woman, she really is," said Theresa Schlee who's husband's aunt was involved in a carjacking incident Sunday.

Pictures capture the marks left on a 72-year-old woman's face after she was the victim of a carjacking in north Minneapolis.

It's an experience Schlee says has also left a mark on her aunt's overall well being.

"They punched her and knocked her to the ground to get her purse. They took off in their car, got halfway down the alley, realized they had the keys to her car backed up and she was standing up by now they got back out, hopped in her car," said Schlee.

Schlee says her aunt's car is the one Minneapolis police were chasing through north Minneapolis early Monday morning, with three teenagers inside.

All three teenagers in the car died when they lost control and crashed. Schlee says her aunt had been in the area near Dowling Ave. N, taking care of a relative's cat.

"That kind of blatant attack in the middle of the day to an elderly person who was there just feeding a cat, it's like, that's not right," said Schlee.

Now, four families are left trying to make sense of it all.

"I don't know if they were the attackers, my heart goes out to those families, to that community, it really does because these kids were young and it shouldn't have happened," said Schlee.

With the recent spike in carjackings in the Twin Cities, Schlee says she hopes this tragic situation makes people think twice before following suit.

"They look at this and not see, oh they're just victims because the police chased after them. No, they suffered some awful consequences for some bad choices," said Schlee.

Police say this is an ongoing investigation and the BCA is now involved.

There have been over 60 car-jackings so far this year, according to police. That's up 13%.

Both Minneapolis and St. Paul Police Departments are responding by adding new teams of investigators dedicated to tracking auto thefts.