The video shows a deputy pursuing the vehicle, including through some residential areas, before crashing in a yard near Larpenteur Ave and Chamber St. 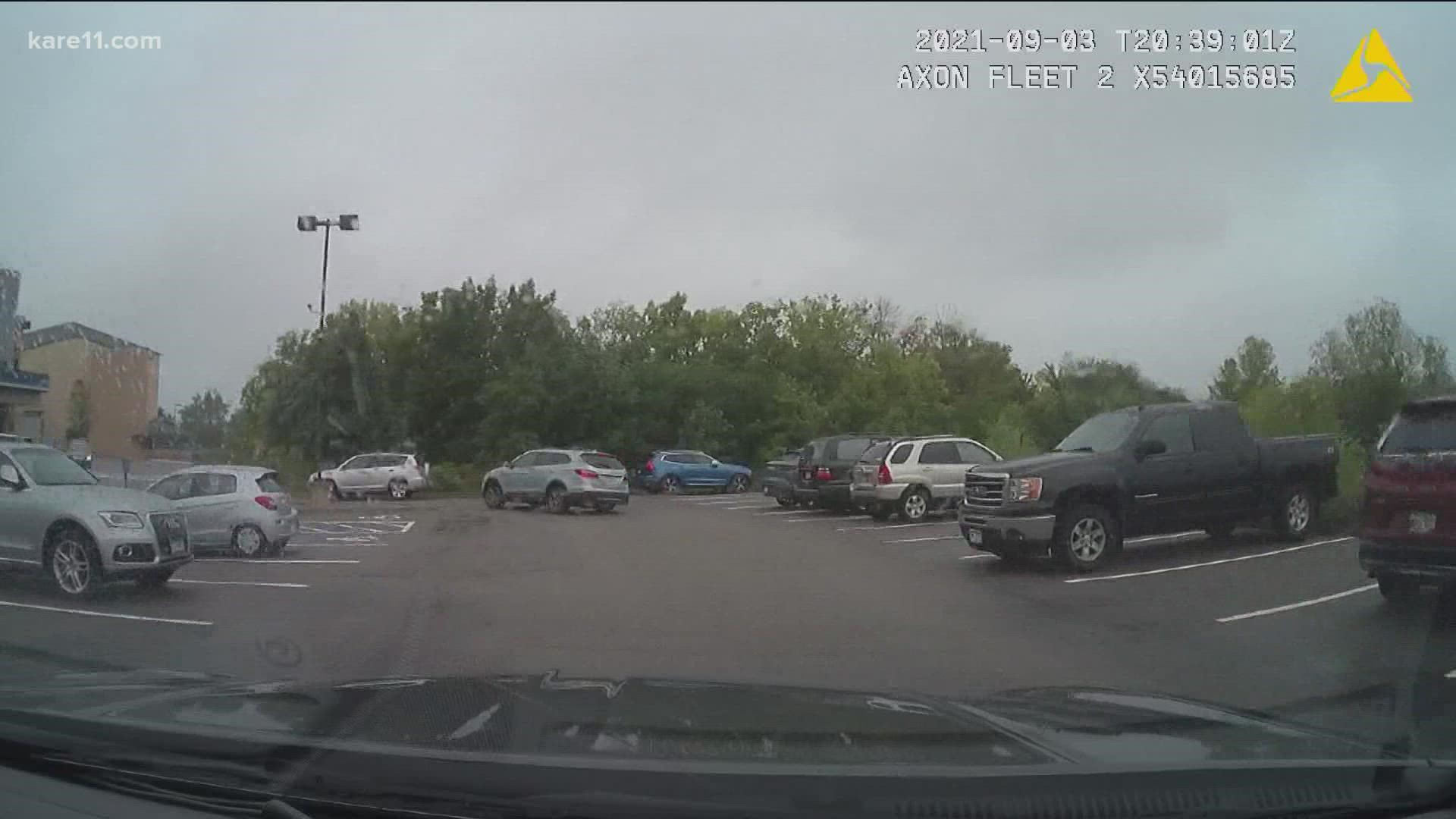 The Ramsey County Sheriff's Office released the video, which shows a deputy pursuing the vehicle, including through some residential areas, before crashing in a yard in the area of Larpenteur Avenue and Chamber Street. Throughout the pursuit, the vehicle can be seen weaving in and out of traffic, and also driving through the parking lot at Mounds Park Academy.

The crash wasn't captured on camera, but one person can be seen fleeing the crash scene. While updating other officers about where the crash occurred, the officer inside the squad car can be heard saying three people were fleeing.

According to a press release from the Ramsey County Sheriff's Office, a deputy located a stolen vehicle around 3:40 p.m. that afternoon and subsequently tried to initiate a traffic stop on Beebe Road North and Holloway Avenue East.

Police said the driver of the vehicle did not pull over, prompting a pursuit that lasted until the deputy lost sight of the stolen vehicle. The officer continued to search until locating a crash scene in a yard, which is captured on video.

Police say three individuals from the vehicle ran from the scene on foot, while three others remained trapped inside. Emergency personnel attempted life-saving measures, but two of the teens died from their injuries.

Two of the suspects who fled after the crash were found and taken into custody. Police said officers later arrested the driver.