Police say the toddler was walking alone through an apartment complex when he was hit by a car. 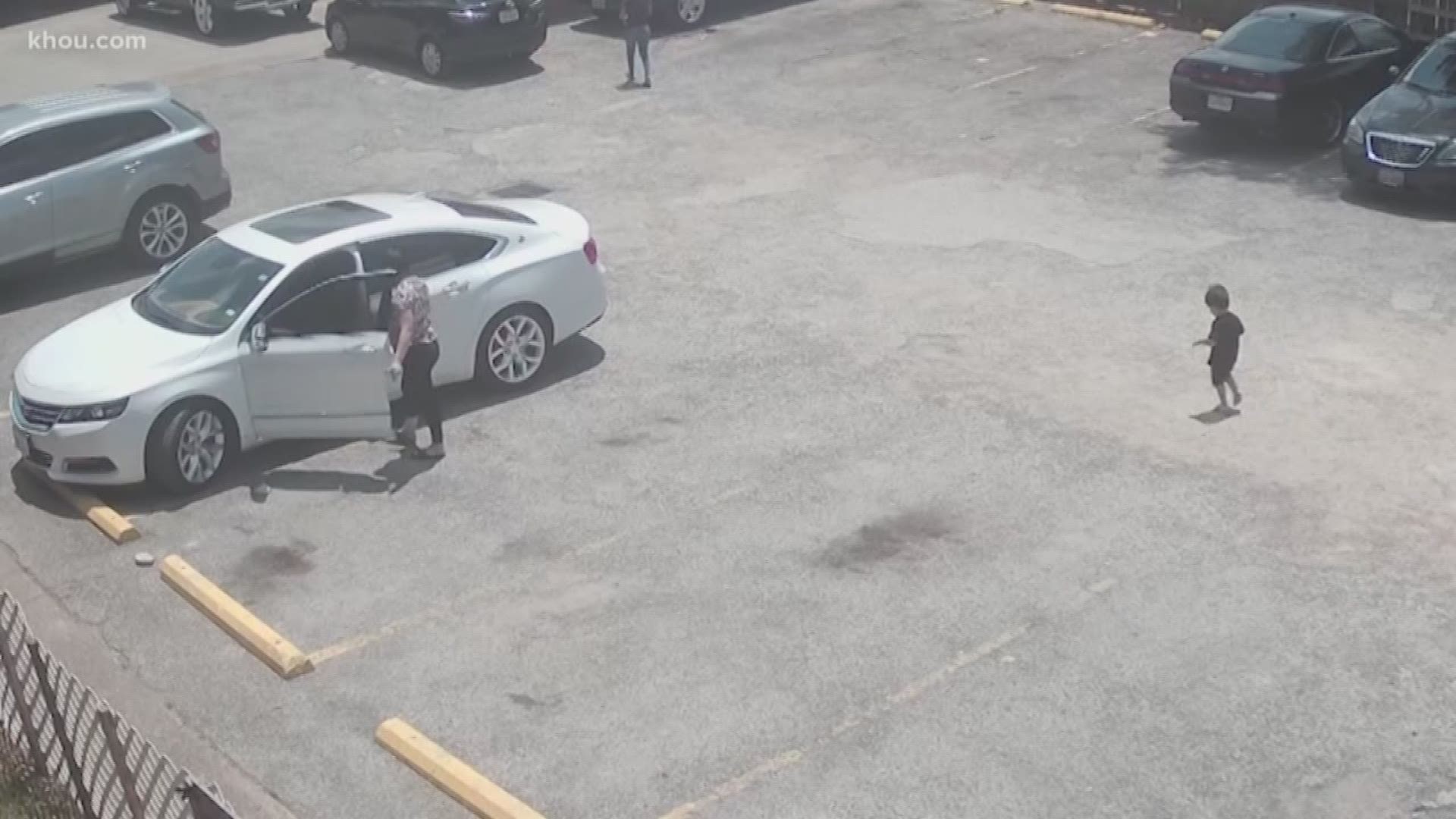 HOUSTON — The mother of a little boy who was struck and killed by a car in Third Ward has been charged and arrested, Houston police said Thursday.

Gissel Vazquez, 18, is charged with endangering a child in the 209th State District Court.

Her 18-month-old boy, Alan Villeda, was hit and killed early Wednesday afternoon in the 6300 block of Tierwester, according to the Houston Police Department.

At the time of the incident, police at the scene said Vazquez and her toddler were walking across the parking lot of an apartment complex when the toddler fell behind.

A woman can be seen getting inside her white Chevrolet Impala, backing out, then pulling forward and hitting the victim.

Video shows Vazquez walking with her infant, while her 3-year-old nephew and her 18-month-old son toddler behind her.

“The charges needed to be filed in our opinion,” Teare said. “The distance between (Vasquez) and that little boy, the disregard with which she walked through the parking lot and allowed this little baby to chase her those are all factors that went into our charging decision.”

Prosecutors motivation was to protect Vasquez’s other child and perhaps provide support for the teenage mom, Teare said.

“We’re putting (Vasquez) in a position where she can raise that child appropriately and so I think that was the driving force,” he said. “This is not a murder charge. Probation, deferred adjudication, things like that are available.  And again we’re at the very beginning of this case.”

He added probation is one of many possible punishments for Vasquez. Meanwhile, the driver could face charges. HPD is still investigating that woman’s actions.

Credit: HPD, KHOU 11
The suspect, Gissel Vazquez, 18, is charged with endangering a child in the 209th State District Court for her role in the death of her one-year-old son.

The driver of the Impala left the scene but returned a short time later and was questioned by police.

Police said the mother was charged with a crime because she left the child unattended in the parking lot.