One dead, multiple suspects in custody after violence erupts outside funeral in north Minneapolis

Bishop Richard Howell earlier confirmed for KARE 11 that the shooting happened at Shiloh Temple, where a funeral was being held for Christopher Jones Jr. 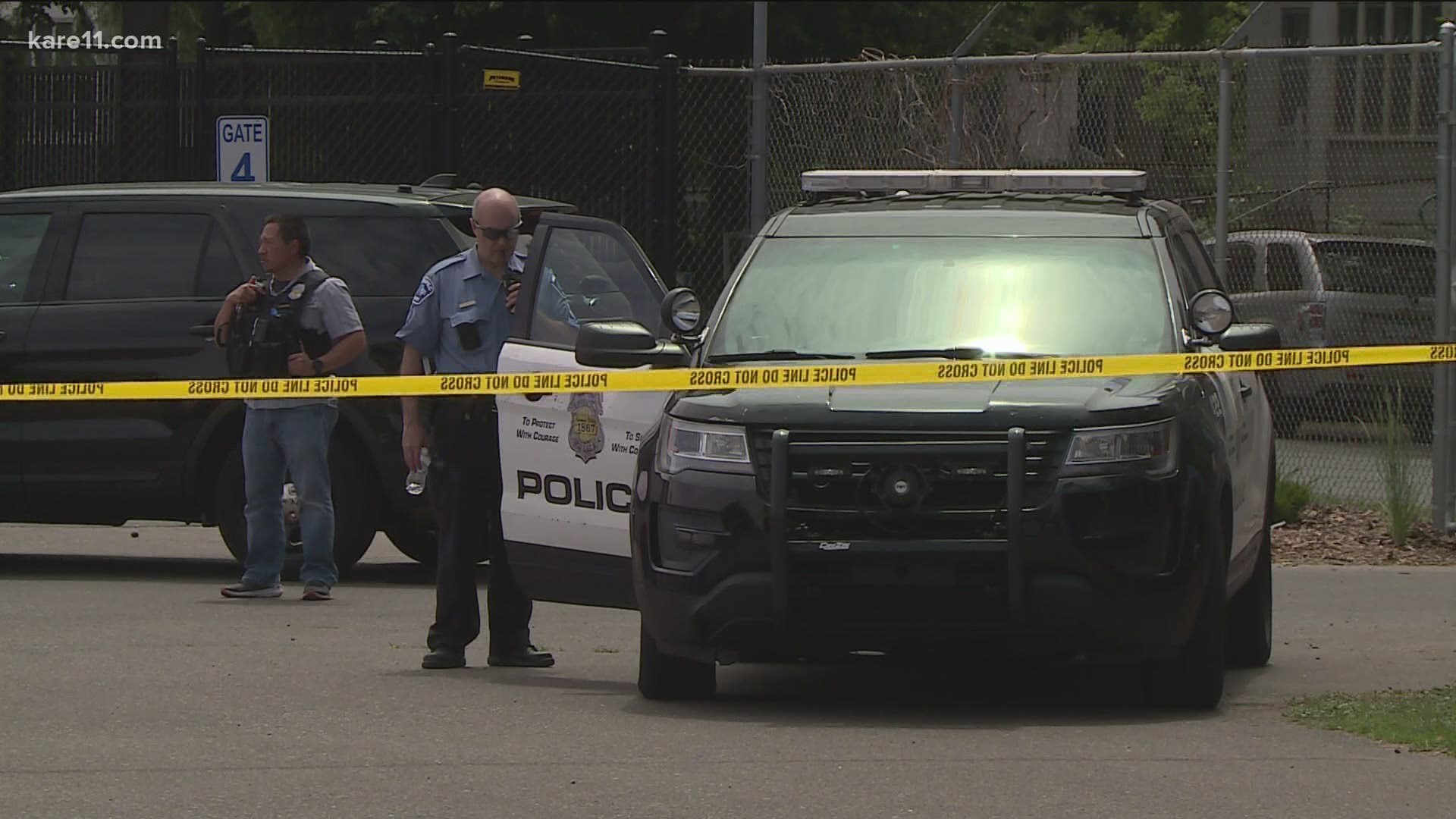 MINNEAPOLIS — Minneapolis Police spokesperson John Elder says one man is dead and another injured following a shooting that took place near Shiloh Temple International Ministries in north Minneapolis, during a funeral.

Police say they arrived on scene around 1 p.m. Friday, and learned a suspect vehicle had fled the scene.

Shortly after, the vehicle description was transmitted to officers, who were able to stop the vehicle in the area of Cretin Avenue in St. Paul.

Police say multiple people have been arrested following the incident, but could not go into detail regarding their identities.

Elder says a man believed to be in his 20s was taken to the hospital in critical condition, where he later died around 2:30 p.m.

An additional individual arrived by private vehicle at North Memorial Medical Center following the shooting with what authorities say were non-life-threatening gunshot injuries.

"The fact that we have shootings during the day…speaks to the brazenness of these crimes, the lack of caring of what people are putting in danger," said police spokesperson John Elder in an evening press conference. "It’s amazing that we can have shootings with ten, fifteen shots fired…bullets don’t just go to their target and drop, they continue on, and if they miss they can go quite a distance.”

Bishop Richard Howell earlier confirmed for KARE 11 that the shooting happened near Shiloh Temple, where a funeral was being held for Christopher Jones Jr.

Jones was the man fatally shot outside a nightclub in downtown Minneapolis on May 22, during an incident that also claimed the life of pending University of St. Thomas graduate Charlie Johnson.

"We need help from everyone," Howell said. "This is our community. And if we won't do something, who will?"

Howell said it appears an argument inside Shiloh Temple spilled outside, where gunshots were fired. The Bishop said the violence may be related to a "rivalry" between some of those attending the funeral.

"This happened to be two friends who know each other, and decided to pull their guns out and shoot at each other," Howell said.

A criminal complaint filed against Jawan Contrail Carroll, the man charged in the death of Jones Jr., detailed how investigators say Carroll is known to them as someone who is associated with the Tre Tre's, a violent north Minneapolis street gang. Prosecutors say Carroll and Jones Jr. had a verbal exchange outside the Monarch nightclub, Jones was punched, and then Carroll pulled a gun and opened fire, killing Jones.

It is unclear at this point if Friday's shooting had anything to do with the fatal incident from late May.

Police are urging anyone with information of Friday's shooting to submit anonymous tips to Crime Stoppers at 1-800-222-TIPS (8477).