Who will decide Mohamed Noor's case?

The 16 jurors and four alternates include a firefighter, a doctor and an immigration officer. 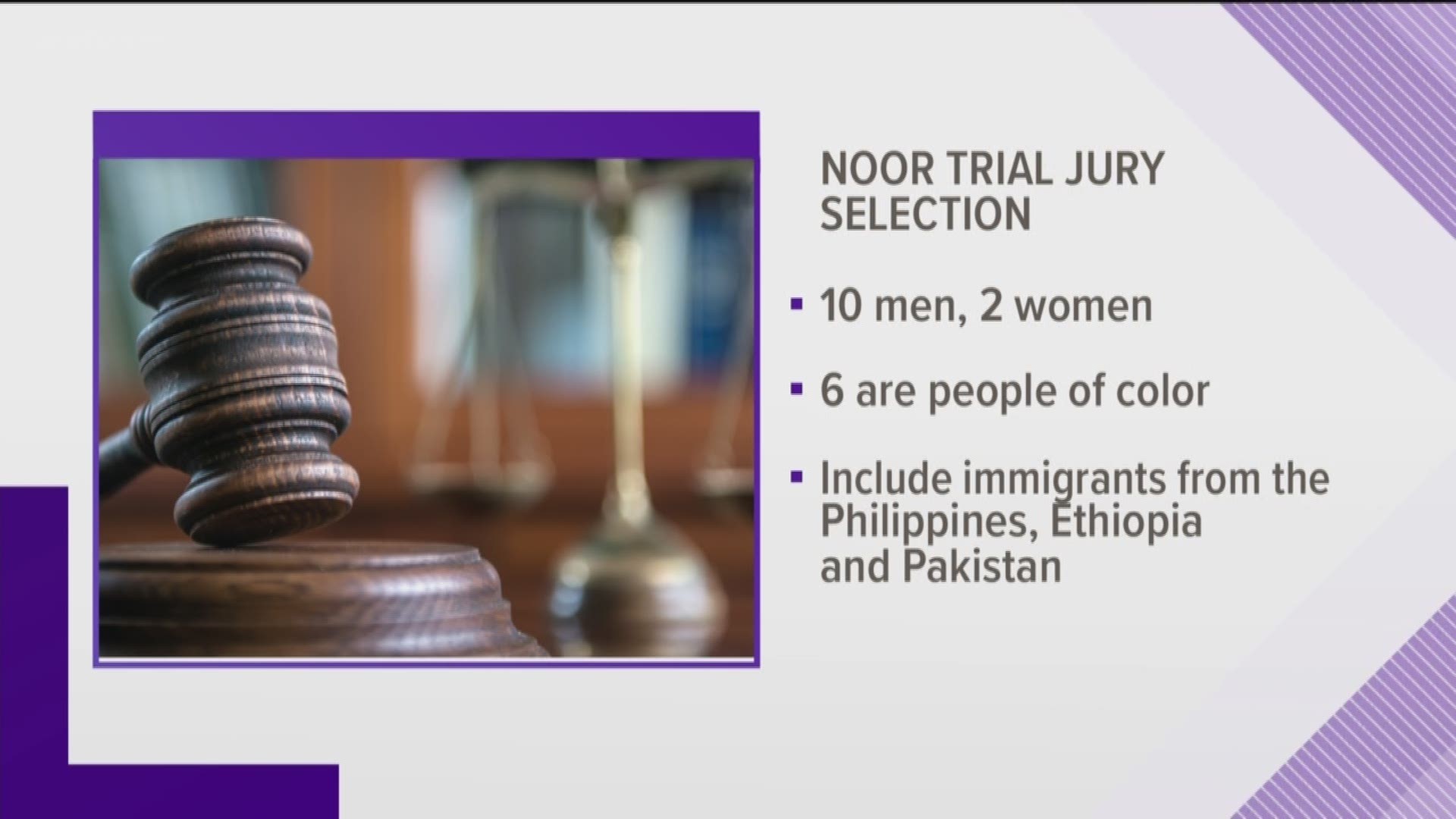 MINNEAPOLIS — A jury of 10 men and 2 women, along with 2 men and 2 women serving as alternates, will hear the evidence in Mohamed Noor's trial in the shooting death of Justine Damond.

Here is a summary of each of the people serving on the jury.

(Note: Jurors were numbered when they were brought into court and their names were never shared in open court.)