Tangletown neighborhood incident comes as carjackings rise 537% in November when compared to the same month in 2019. 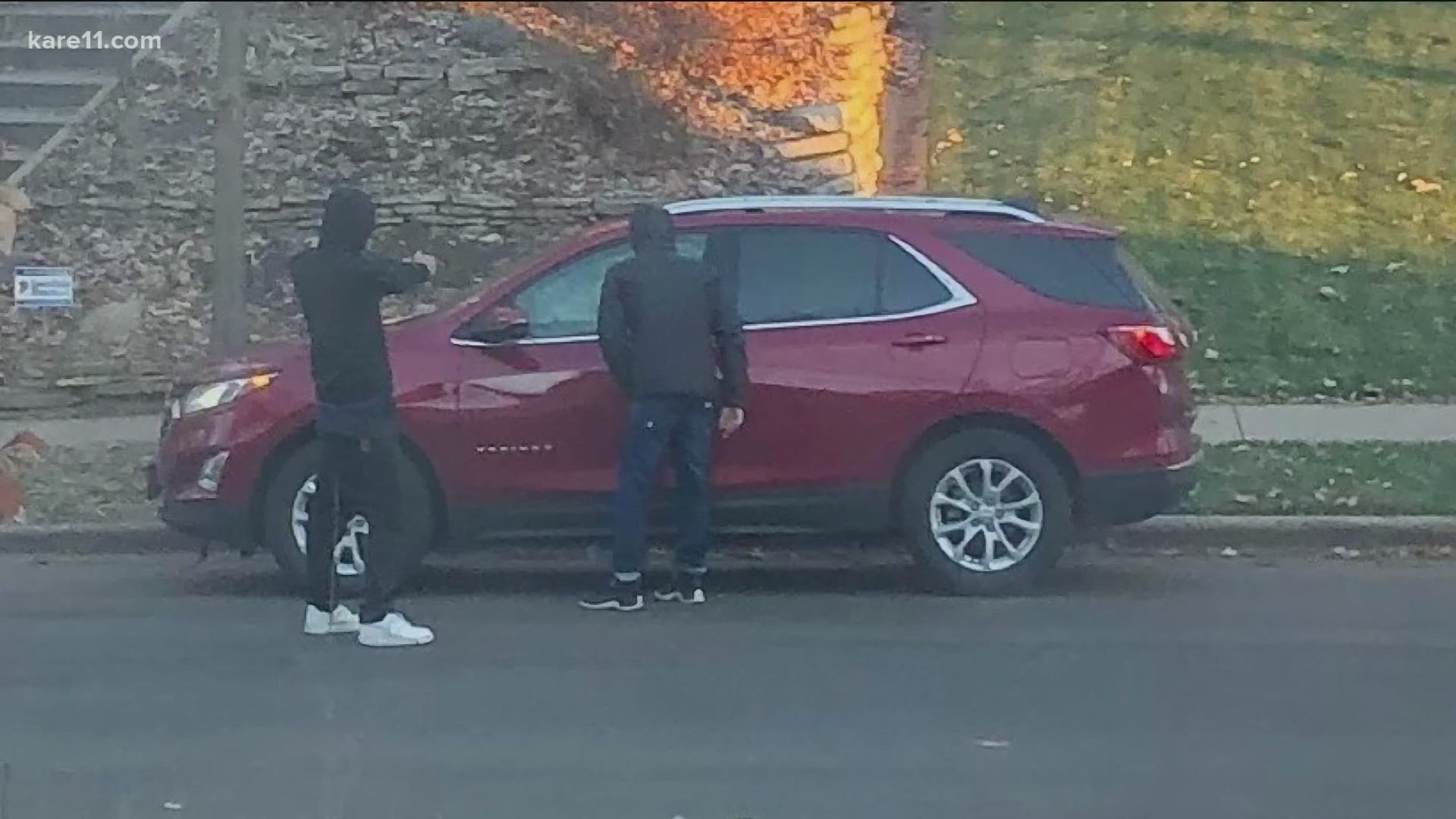 MINNEAPOLIS — A photo taken before 8 a.m. Friday, Nov. 27, shows two young men pointing a gun at a woman inside her car in the Tangletown neighborhood of south Minneapolis.

Audio from a nearby surveillance camera captures them telling her to get out, gunshots, and the sound of the woman squealing her tires hitting the gunman's vehicle.

It was an attempted carjacking that nearly turned into murder.

“And despite her showing them pictures of her children and pleading for her life, they fired three shots at her car, hitting her car in the driver's side window,” said Kathy Higgins Victor.

Higgins Victor says the victim was her housekeeper who had just arrived and is now extremely traumatized.

“She has dreams and nightmares about this,” she said.

Police say the suspects had stolen the car they arrived in after another carjacking just northeast of the U of M campus in the lower Como neighborhood. The gun they used was a low caliber, so luckily the rounds ricocheted off the car – and didn't hurt the woman.

The carjacking trend hasn't slowed down yet in Minneapolis, with the number in November up 537% from last year. It includes one Monday night, where police managed to disable a stolen car after a chase and arrest the suspects in White Bear Lake.

The neighbors in Tangletown say they hope the city can find a way to accomplish police reform after the death of George Floyd – while still doing what's needed to curb the disturbing crime trends like the carjacking.

“We can do both. And I think our leadership has the ability to do both. It just cannot be politicized any longer,” Reuter said.