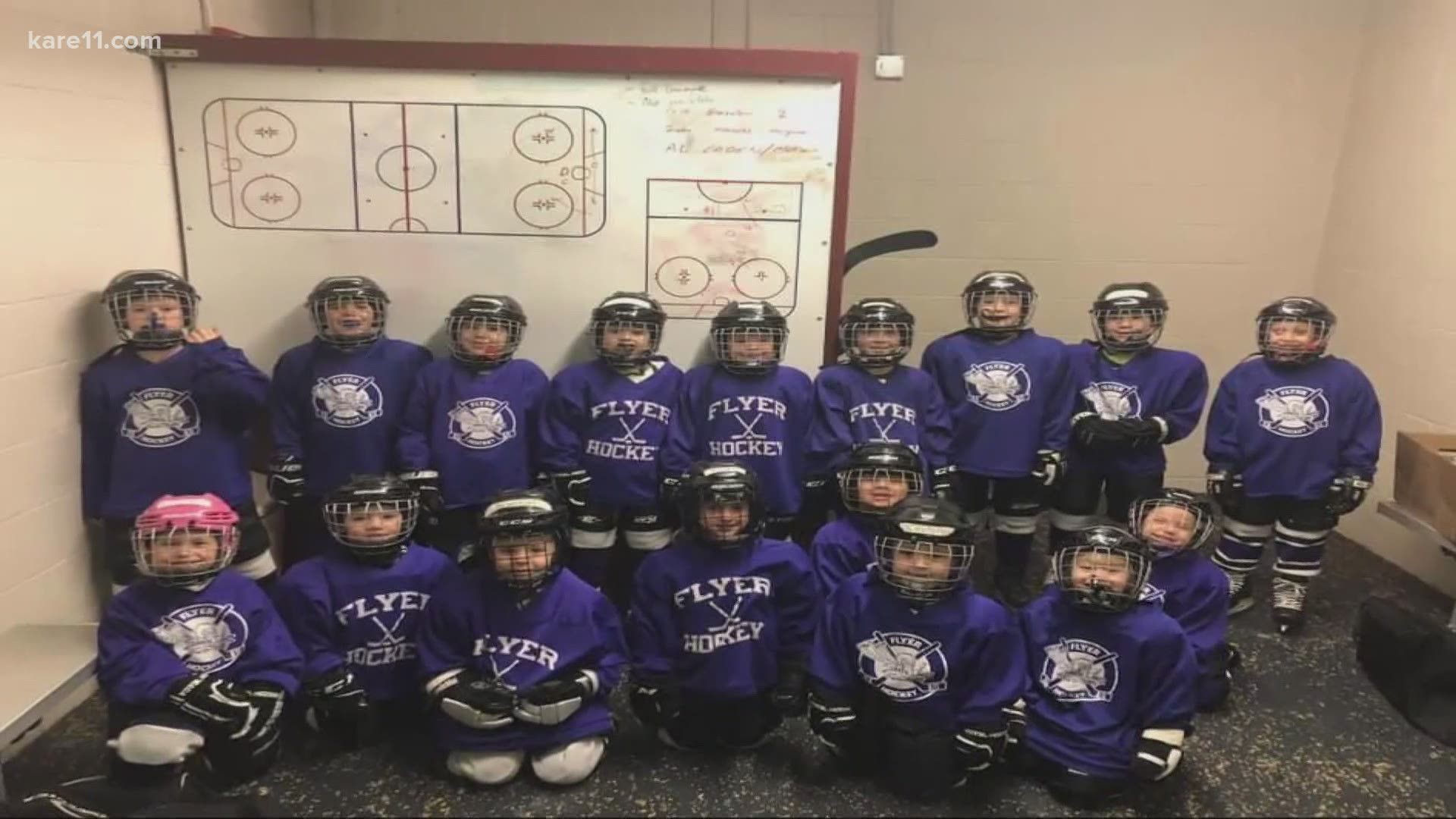 LITTLE FALLS, Minn. — A Morrison County woman is charged with embezzling more than $90,000 from a youth hockey association over the four years she served as the organization's treasurer.

Prosecutors say Kelly Beth Alonso-Heath wrote checks to herself and for cash, and also withdrew funds electronically from the account of the Little Falls Youth Hockey Association to pay personal bills.

The alleged criminal activity came to light in June of 2020, when Little Falls Police were contacted by Carmen Johnson, president of the hockey association. She told investigators that after Alonso-Heath was replaced as treasurer Johnson accessed the association accounts and found there was a large discrepancy in funds. While the association account balance should have been close to $130,000, Johnson found that it was down to approximately $13,000.

"I've been on the board for 10 years, president for two years, and never in a million years thought somebody on the board would do something like this," Johnson told KARE 11 in an interview.

Although Johnson said insurance will cover about half of the missing $90,000, it puts the Little Falls Youth Hockey Association and its 140 players of all ages in a tough spot.

"We feel like we can make it through this year, at least. We're just not going to be able to do any of the improvements we've been talking about," Johnson said. "It's gonna be hard to scholarship some players."

The association is now accepting donations through Venmo at @LittleFalls-YouthHockey, or physically through PO Box 91 Little Falls 56345.

"We're going to do the best we can," Johnson said. "We want to keep as many people in hockey in Little Falls as possible."

But it's still a hard situation for the small community of Little Falls to swallow.

Johnson told police she began digging through account records and found that the former treasurer Alonso-Heath had written out checks for cash, to herself and to the local Quik Trip that added up to more than $85,000. The association president also found electronic withdrawals totaling more than $5,800 used to cover Alonso-Heath's utility bills.

When questioned by police Alonso-Heath reportedly admitted that she was in dire financial need during the years she served as treasurer for the Little Falls Youth Hockey Association, a situation that only got worse when she moved out of her parent's home in April of 2018 and had to rent her own residence.

Investigators say that starting in the second half of 2018 Alonso-Heath began writing checks out to herself that totaled several thousand dollars each month.

"I know she didn't go out maliciously doing it, so I do really feel she got in over her head," Johnson said. "My biggest concern is just helping our kids, and her kids, get through this."

If found guilty of theft (over the amount of $35,000) Kelly Beth Alonso-Heath faces the potential of a 20-year prison sentence and $100,000 fine. She will make her first appearance in court in October.