A Somali man in St. Cloud said a dead deer was placed on his car this week, and police say charges against two suspects are expected. 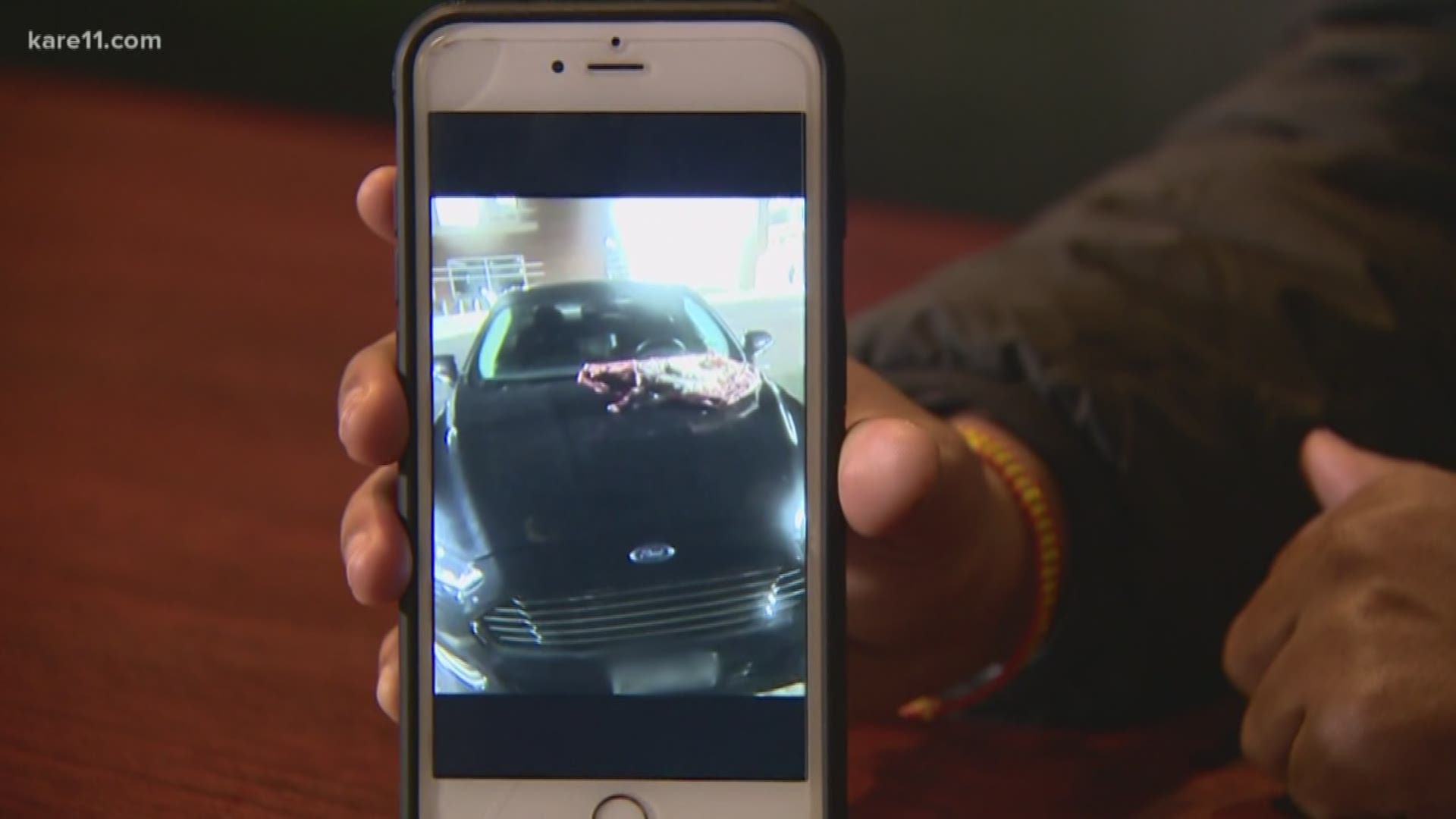 ST. CLOUD – After an elliptical workout and a relaxing trip to the steam room, Ali Abdullahi walked out of the YMCA two nights ago in a pretty good mood.

Then he stepped into the parking lot and everything changed.

“I lifted my head up,” Abdullahi said, “and there was a carcass. Just sitting on the hood of my car.”

It was a dead deer.

Then he glanced over and saw another dead deer, sitting on the hood of a vehicle belonging to four Somali teenagers.

“My feet were so heavy, my jaw dropped,” Abdullahi said. “My heart stopped. I couldn't’t believe it.”

Utilizing surveillance video from the facility, police quickly identified two suspects: A 62-year-old white man from St. Cloud and his 14-year-old son. According to St. Cloud Police, the video captured the 14-year-old taking the deer out of their pickup truck and placing them on the two cars in the YMCA lot, all while his father watched from inside their vehicle, "knowing what was happening."

According to a statement released to the media, police said “considerations were given as to whether (race) was a factor in their cars being chosen,” although nothing visible on or inside the victims’ cars identified their race.

Abdullahi, however, said he believes the two suspects spotted him and the four Somali teens as they left their cars to go inside the YMCA. Abdullahi said he remembers seeing the pickup truck with its lights on before he entered the facility for his workout.

“Yeah, I would definitely think that we were targeted for who we are,” Abdullahi said. “I did feel threatened. I did feel a lot of different emotions.”

The two suspects told police in a taped statement that “they needed to get rid of their carcasses and dumped them at that location in that manner.” Police do not believe the suspects knew the victims.

Charges are expected, according to police, but the city attorney and Stearns County Attorney’s Office must first review the case. It is unclear what type of charges the two suspects would face.