Human rights organizations believe the system has created a humanitarian crisis where asylum seekers are victimized, assaulted, raped and kidnapped. 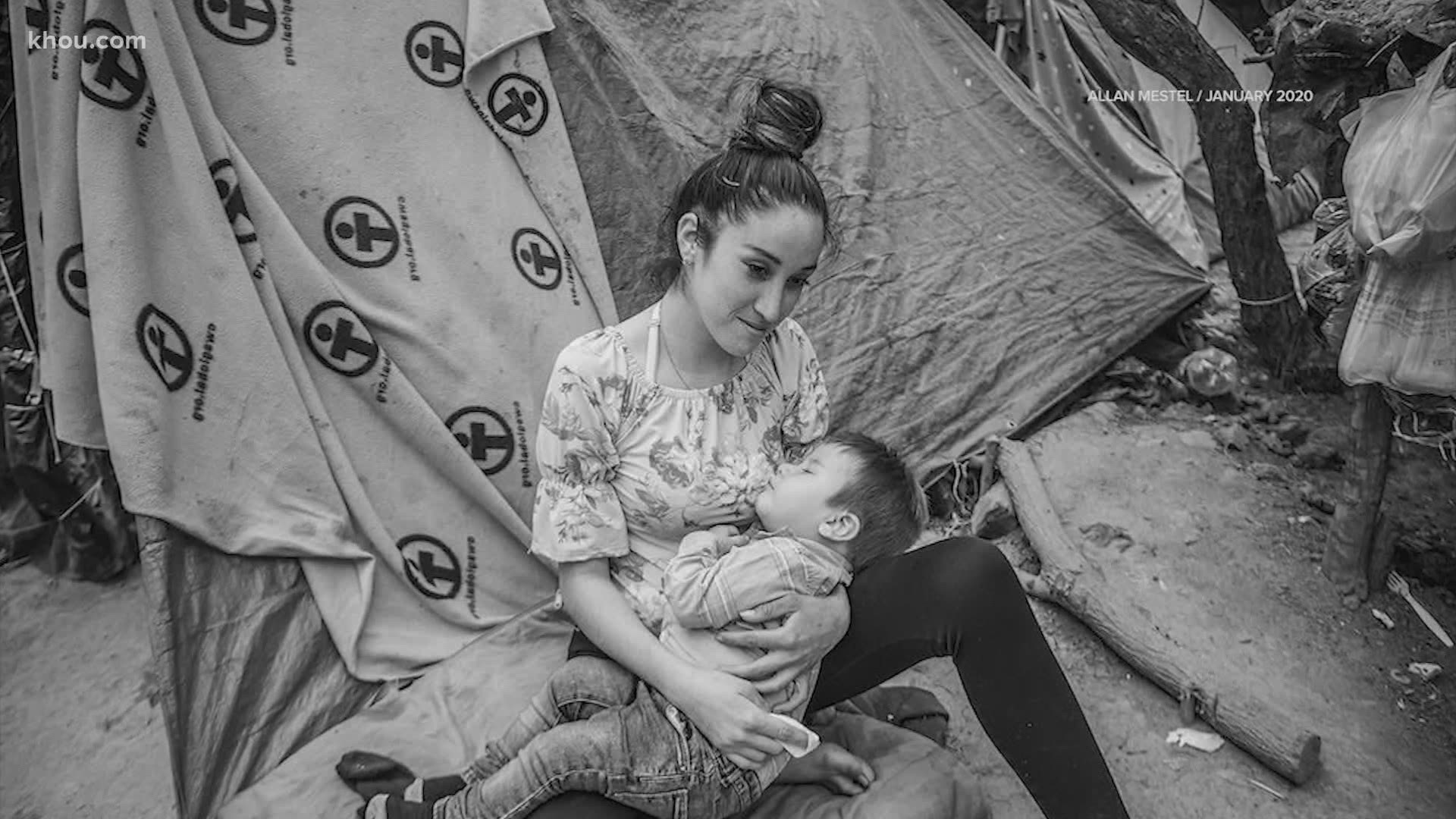 TEXAS, USA — With a change in the country’s leadership, many hope for a revision of the current immigration system and practices.

The outgoing administration has said the changes it made to the nation’s asylum policy, the building of the wall and other measures have made the country safer.

But critics point to the child separation policy, as one example, which at the very least resulted in the U.S. government not properly tracking or losing parents of hundreds of children and created a situation where the ACLU and a number of nonprofits are trying to reunite them.

The Migrant Protection Protocols (MPP) implemented by the U.S. Department of Homeland Security, which keeps asylum seekers in Mexico while they wait for a U.S. court date has also drawn criticism. In a 2019 press release, DHS described MPP as a way to “address the urgent humanitarian and security crisis at the Southern border,” and a way to “restore a safe and orderly immigration process ... and reduce threats to life, national security, and public safety, while ensuring that vulnerable populations receive the protections they need.”

Photos show what it's like at the U.S.-Mexico border

Joshua Rubin is one of the human rights activists who want the new administration to change immigration practices. In 2019, Rubin said he was watching stories about child separations at his New York home and was tired of yelling at the TV.

“This was a particularly egregious case of abuse. The suffering of the children was so strong, so vivid. The video, the audio of a crying child that it became impossible for me to look at it and not want to do something,” Rubin said. “Now, I could have. And I think that's what most people do, is turn it off. You can turn it off and you can look away and you can think about your own life. Unfortunately, I wasn't able to stop thinking about it.”

He said he got in his car and drove to the Texas border and set up outside a tent detention facility in Tornillo, a small town near El Paso, where the U.S. government was holding migrant children.

“The concept was to witness what was going on,” Rubin said. “Very few people from El Paso even ever visited the small town, the small port of entry. It deserved to be seen, and if it was seen, perhaps that would make some sort of a difference.”

That’s how Witness on the Border came about.

“There was a movement, people from Congress showed up and the finally the child prison closed down in Tornillo,” Rubin said.

From there, Rubin said he went to Florida, to a detention facility there, then back to Texas. The grassroots movement grew. Rubin said people joined him at different stops in his journey, pre-pandemic, of course, bearing witness and sharing what they saw.

“I'm hoping that by witnessing it, we modified the behavior of people that we force them to acknowledge that their happiness depends on the happiness of everyone, and not look away,” he said.

Rubin said with the new administration, he wanted the MPP to go away and for people seeking asylum to be able to pursue their claims on the American side of the border.

“Away from the criminal element that preys on them in the border towns of Matamoros and Juarez, and other places as well,” Rubin said.

Rubin said he wanted a review of deportation policies, and among other things, a change in how the country looks at people who need help.

“On a bigger level, I think we just need a policy that acknowledges the humanity of the people that are coming to us,” Rubin said. “Right now, the people in Honduras are suffering enormous floods, for instance, the people of Guatemala are suffering famine. And these are things that have to be dealt with as if they were people like we are, as opposed to what we've been doing, which is basically saying they are not all of us. We will not treat them as people. This has got to change.”

In October, Chad Wolf, Acting Secretary of Homeland Security visited the U.S.-Mexico border. During the ceremony marking the 400th mile of the border wall, Wolf celebrated a number of milestones, including what he called “quick immigration results” and the expansion of programs that fast track asylum review.

According to non-partisan data analysis by the Transactional Records Access Clearinghouse at Syracuse University, the fiscal year 2021 started with the largest backlog of immigration cases to date. In October, 1,273,885 immigration cases were pending before courts, a press release from the Transactional Records Access Clearinghouse said.

According to the press release, in the fiscal year 2019, immigration judges decided more asylum cases than ever, totaling 67,641 cases.

President-elect Joe Biden has nominated Alejandro Mayorkas to lead the Department of Homeland Security. If confirmed, Mayorkas would be the first immigrant to lead the agency.

KHOU 11 reached out to the Biden-Harris transition team for comment about the new administration’s immigration priorities. We have not heard back.