The Metropolitan Mosquito Control District says a new study shows in 2018, deer tick levels on mammals in the seven-county metro have more than doubled since 1990. 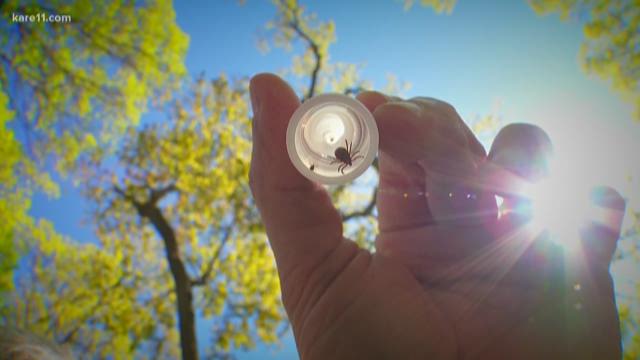 A beautiful spot which can bring some pests.

"Activity stirs a lot so ticks are very prevalent. You've got to check when you're out in the woods," said Drake.

Ticks continue to be a concern, according to the Metropolitan Mosquito Control District. Their new study shows in 2018, deer tick levels on mammals have more than doubled since 1990 in the seven-county metro area.

"Expanded out to most of the wooded areas," said Dave Neitzel with the Minnesota Department of Health's Vectorborne Disease Unit.

He says deer ticks (black-legged ticks) have spread to the majority of the counties within the state.

"What we're seeing with the adult stage of the black-legged tick, about 40 percent of the ticks are carrying Lyme Disease bacteria," said Neitzel. "Now we basically tell people if they're in any part of the wooded part of the state, better take precautions against ticks."

He says wear bug spray with DEET and check for ticks when returning from wooded areas.