Denny Hecker: His life behind bars, future in our community

After seven-and-a-half years in prison, Denny Hecker is now a free man. We sat down with him to talk about the past, the present and the future. 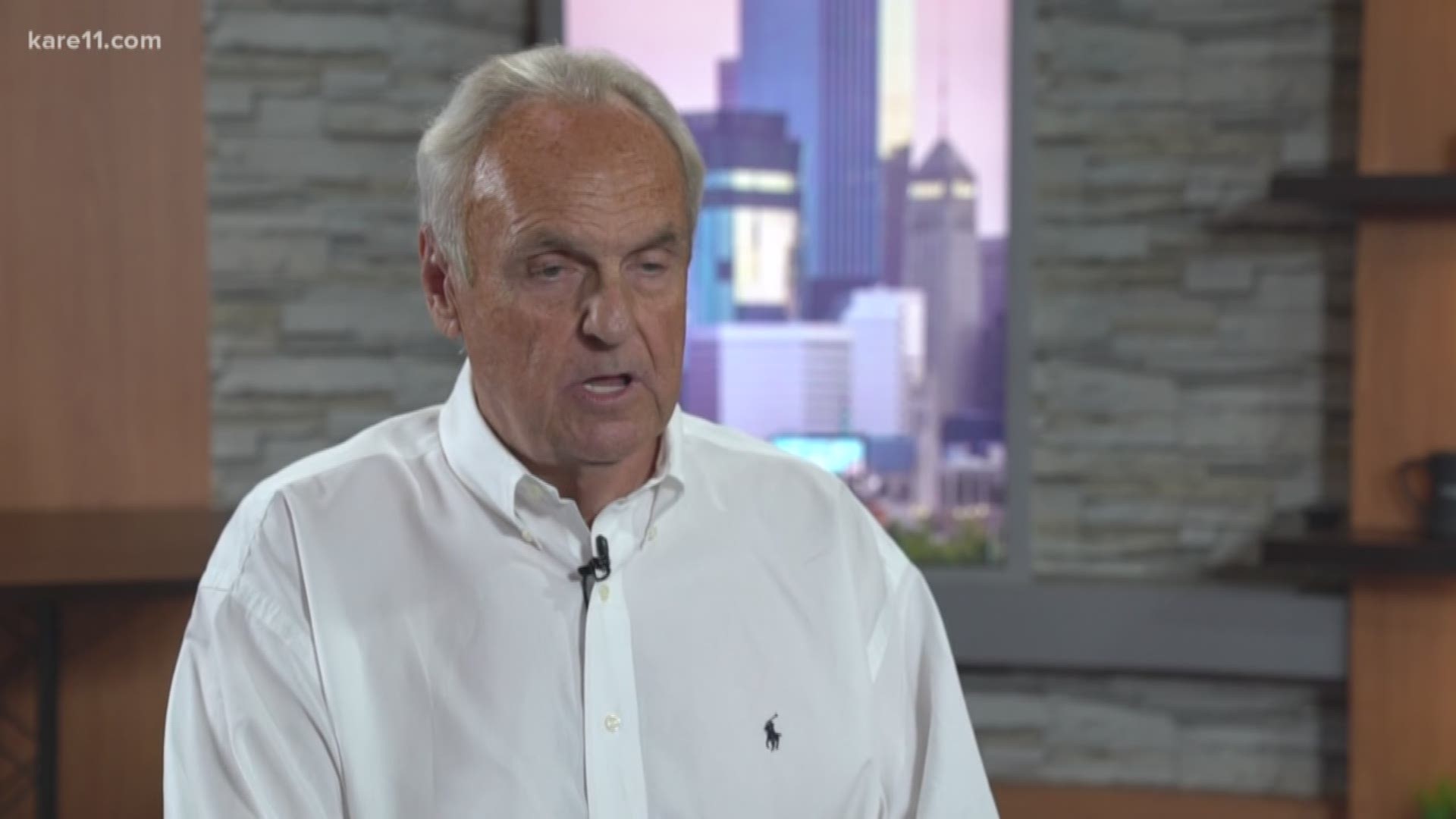 GOLDEN VALLEY, Minn. - If you’ve lived in Minnesota for more than a minute, you know the name Denny Hecker.

Hecker owned an auto dealership empire, among other things, and ran in the circles of some of the wealthiest people in this country. That all came crashing down around him in 2008. The economy was in the tank, the auto industry among the hardest hit, and Hecker could no longer keep things afloat. His dealerships closed, he had to sell off his personal belongings to pay off creditors and he ultimately went to prison after pleading guilty to bankruptcy fraud.

After seven-and-a-half years in prison, Hecker is now a free man. We sat down with him to talk about the past, the present and the future.

THE PAST AND REMORSE

When it all started to unravel, Hecker says he turned to drugs and alcohol.

DH--"During this time I developed a Vicodin problem. Quite frankly it started with hurting my knee, to being able to get, I was taking 10 a day maybe 15 a day. And, having some interest in some bars downtown turned into having an alcohol problem. The thought of having this pressure, and no way knowingly to get out and being influenced by some drugs and alcohol, made some poor choices.

RS- “I know people watching are going to wonder if you feel some sense of remorse?”

DH- “Well, yes I do, but we've really got to put this into perspective.”

DH- "This happened right in the middle of Tom Petters, and a week before Bernie Madoff, and so I merged into traffic that was really bad. My victims were Chrysler and one or two other lenders. There wasn't 20 people in wheelchairs that came in and lost their life savings."

RS- “Don't you feel that people watching this just want to hear you say, I'm so sorry?"

DH-- "Well, I am sorry for the people who were affected, and I think most people know that."

RS- "You moved around eight times in seven-and-a-half years.”

DH- "I think today it's a blessing because I was able to have a different set of circumstances and surroundings. My background on a number of cultures and people with different lifestyles really has expanded."

DH- “When I to Pennsylvania, shackle and chains getting off the bus, the place looked a little like Shawshank Redemption.”

DH- “They sort you out right away by what gang you're going to be with. They search you for tattoos first, and I'm not a tattoo guy."

DH- “I went from there to Denver and Denver is a camp. At Denver Rod Blagojevich was there, the Sheriff of Orange County, the Enron guys were there. There was a lot of white-collar people."

RS- “You actually taught classes while you were in there?”

DH- “Yes, I had fun teaching. I was able to do some business classes. I was the tennis coach for two years in Denver and it killed some time."

RS- “How is your relationship with your children?”

DH- “It's good. I just spent the weekend with my son and we had just a marvelous time. And, some of the things he's missed in his life with having an adult male in his life, we've really been able to catch up on."

RS- “Are they angry at all? Angry at the system or angry at you?”

DH- “Well, I think in the beginning, when they didn't really understand. My son and daughter were at Breck. And, when you have rich kids going to school with other rich kids, and something happens to their dad, the kids aren't so mean, but the parents are mean, and the parents pass that on to the kids, and all the sudden my kids are wearing all my drama, and that might have been the hardest part for them."

RS- “Do you need to work for finances right now?”

DH- “I'm fortunate that I have what do you call it? Social Security. I have little or no overhead. I don't have a posse of people demanding money all the time."

DH- “For all the people that have money coming I'm sure they'll be my cheerleader, because the better I do, the better they're going to be."

DH- “I've paid my dues, I've got nothing to be ashamed of. I put that behind me, and if people choose not to like me or have anything to do with me, that's their choice, but I can just do the right thing every day, and worry about taking care of my family, and do what I've got to do."

Denny Hecker is working on a new book called, “Overcoming My Impossible”. It’s set to be released in September. He’s also working as a consultant to businesses in the auto industry. He says his business knowledge can help others and, perhaps, stop others from making mistakes. He also says he wants to do what he can to help raise money for children. A cause Hecker says he was always passionate about and continues to be.