With a rope tied around his waist, a Douglas County deputy jumped in and pulled a woman from her submerged car. 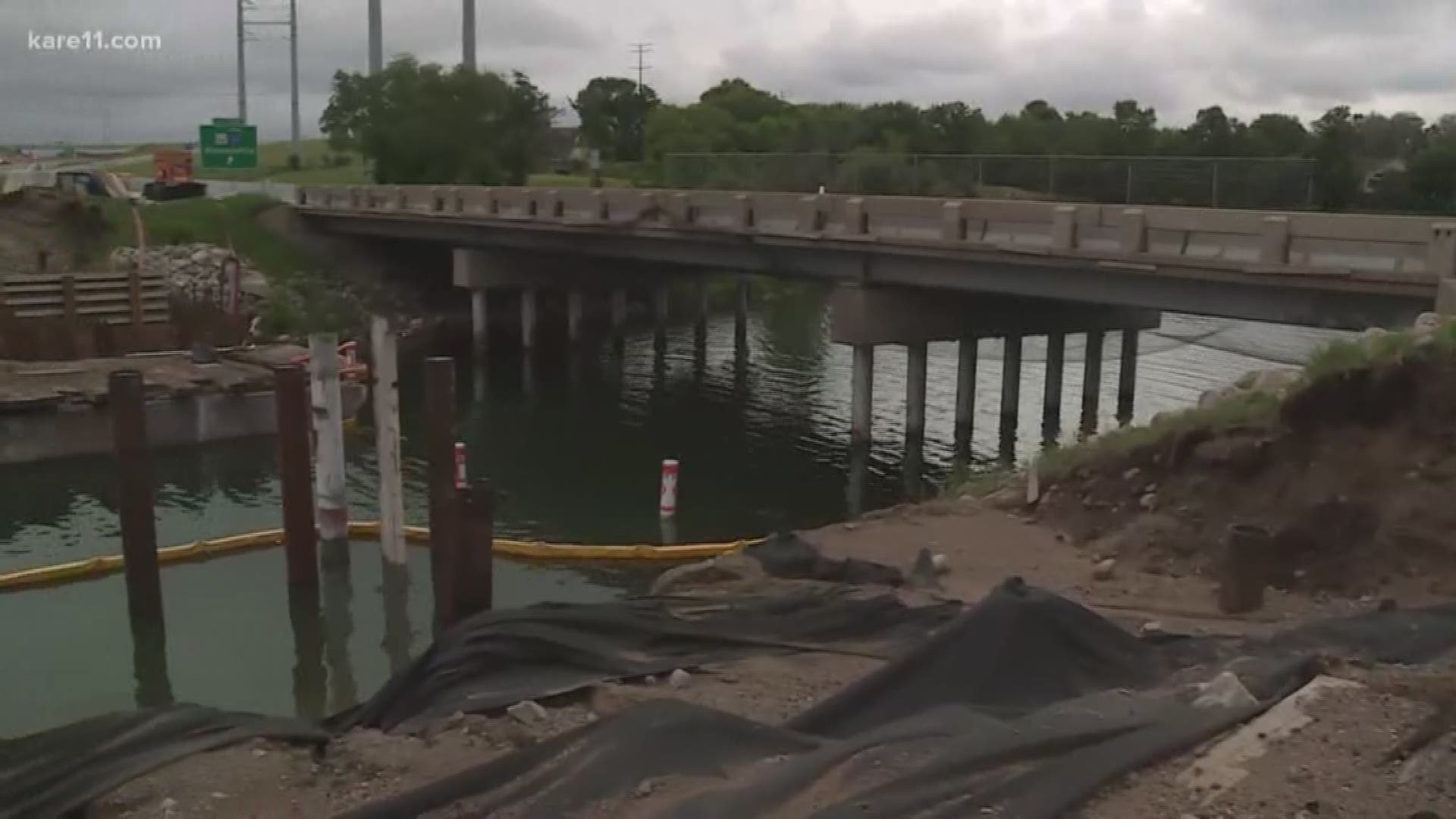 ALEXANDRIA, Minn. - A Douglas County sheriff's deputy rescued a woman after her car plunged into Lake Latoka on Saturday night.

According to the Douglas County Sheriff's Office, it happened around 9:15 p.m. near exit 100 in Alexandria.

Beverly Toso, 76, of Hoffman, was traveling east in the westbound lanes of I-94 that were closed for construction. She was in an area where a bridge was being replaced. According to the Minnesota State Patrol, her Toyota Avalon did not stop in time at the bridge that had been removed, and the car launched off the road surface into the channel of Lake Latoka.

Deputy Ben Jarvi was nearby when the call came in. Witness Kenneth Fletcher of Fargo was able to direct Jarvi to her location.

Douglas County sheriff&#39;s deputy Ben Jarvi saved a woman after her car went off a bridge in Alexandria on Saturday night. (Photo: KARE 11)

"I was able to tie the rope around my waist and give the other end to Kenneth, who was the witness," Jarvi said.

Jarvi said the car was at an angle, partially submerged, with the water about 4 inches from the roof of the car.

He was able to open the driver's side door and get her out of the car. Witness Kenneth Fletcher pulled them both to shore.

North Ambulance then took Toso to Alomere Health. The state patrol says her injury was not life-threatening.

"It's a miracle. Like I said, a lot of people came together to make sure that she was pulled out of the vehicle safely and it was a group effort," Jarvi said.

Sheriff Troy Wolbersen said, "It was fortunate that he was close and he was able to act safely... Very proud of what he did, very proud of the way he responded and I can't say enough about that."

While Jarvi has trained for water rescues and has been a part of them, this was a first.

"It's nice to be able to be there when it really matters," he said.

State Patrol is investigating the incident.