The DNR has finished field work for a comprehensive walleye study on Lake Mille Lacs, where walleye numbers have diminished in recent years. 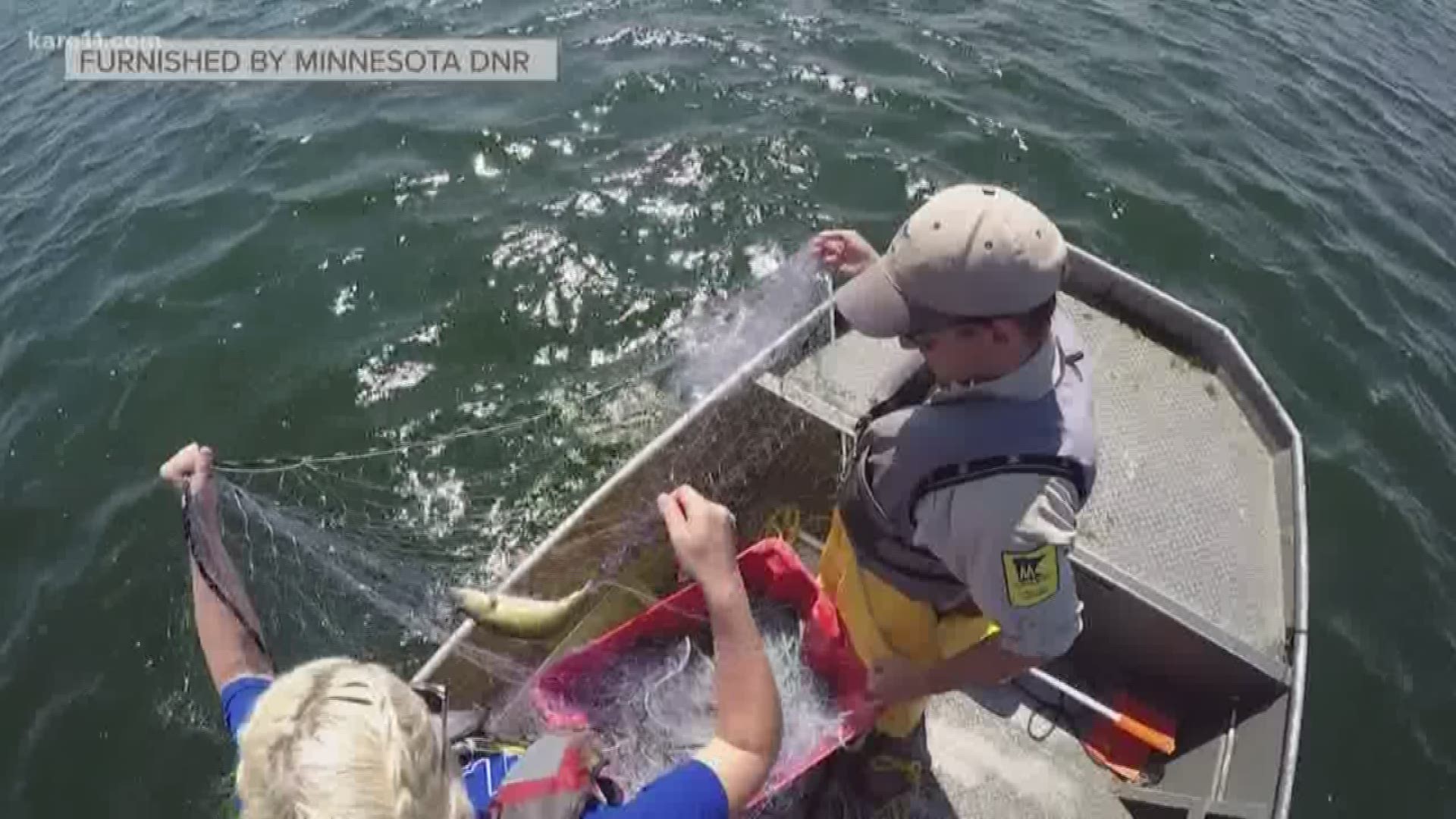 GARRISON, Minn. - The DNR has new indications that walleye numbers on Lake Mille Lacs are up, after finishing field work for a comprehensive walleye study.

In May, the DNR tagged 20,000 walleye 14 inches and bigger. Then they came back and pulled in gill nets to count the fish. The ratio of tagged walleye to non-tagged walleye will help them know how many total walleye are in the lake.

"Yeah, I feel good about it," said Brad Parsons, who next week takes over as the DNR's fisheries chief.

Parsons said they're still working on the final numbers. But so far they look very good.

If those numbers hold up, it would mean there are at least twice as many walleye in Lake Mille Lacs as 2014, the last time they did a study like this, when they counted 249,000.

But that would still be far less than the 1.1 million counted in 2002.

The DNR blames climate change and invasive species like zebra mussels for affecting the walleye count. Parsons says the lake has a high number of walleye born in 2013. And now that they are fully grown, it's helping the overall count.

"That's the issue we've had in Mille Lacs is survival of little fish to become big fish. That's dropped in the past 10 years pretty substantially. So that's what we need to see turn around," Parsons said.

If there are signs of a turn-around, next year the catch-and-release rule could be reversed.

The DNR will have the full estimates from this study finished by this fall, when they do their annual assessment. That number will then determine whether people will be able to keep walleye they catch next summer.