Lexi Ann was severely burned in a house fire. Now that she's healed, her new owner hopes she can give courage to other burn victims. 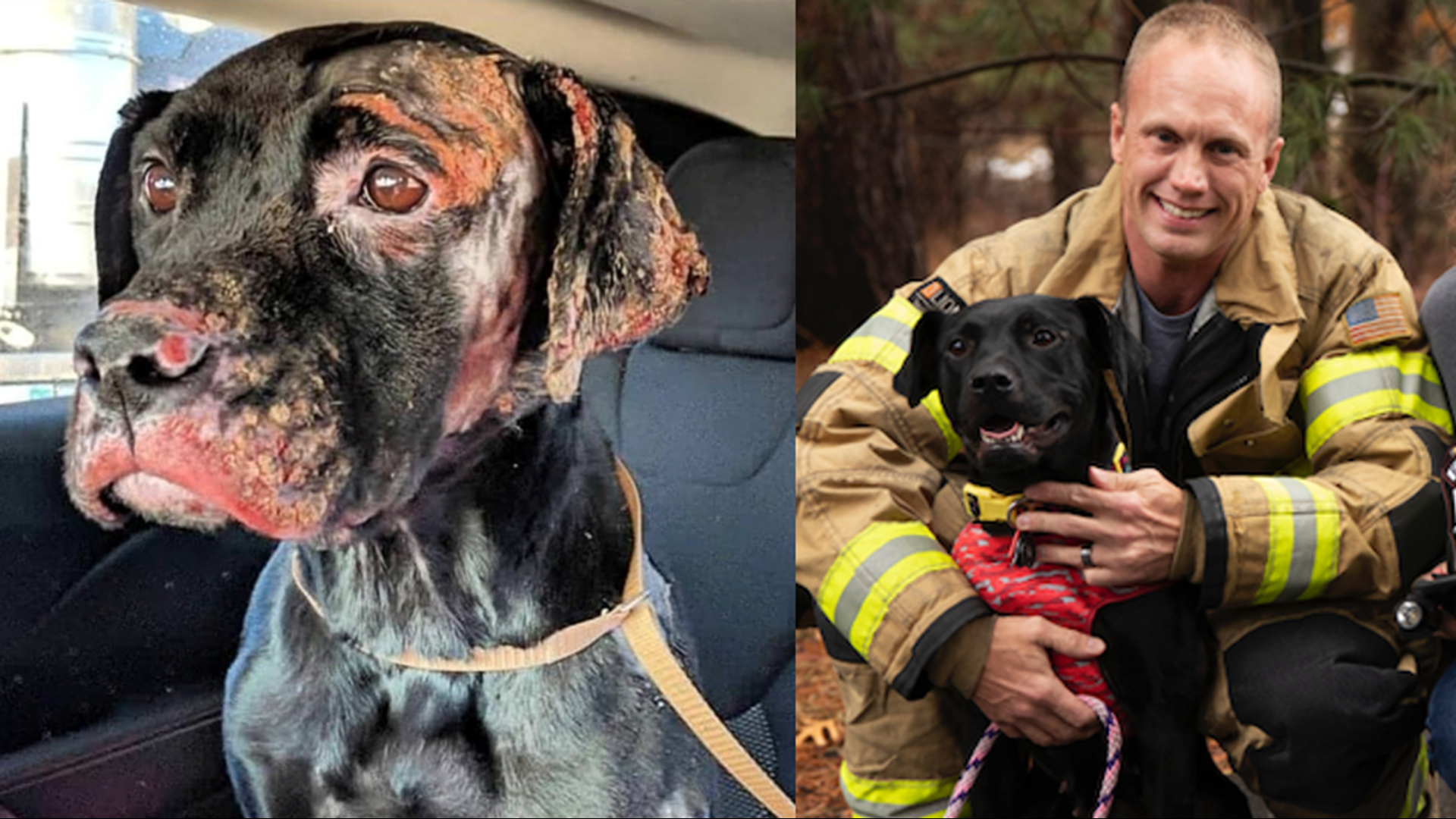 ZIMMERMAN, Minn. — A dog that went through a terrifying ordeal is now on a mission to give hope to others.

Lexi Ann, a black lab-boxer mix, survived a house fire at her previous owner's house back in January. She suffered severe burns, and was brought to Ruff Start Rescue to heal.

Lexi Ann is now recovered and has been living with a foster family in Zimmerman, Minnesota. But over the weekend she found a forever home - and a new purpose.

Firefighter Travis Oliver lives in Lafayette, Indiana. When he saw a picture of the brave pup, he knew she was the right fit for his family. He hopes to train Lexi Ann to comfort children at a camp for burn victims.

“Now that she’s better, we hope her bravery will give other burn victims courage to continue their own healing," said Ruff Start Rescue’s Founder and Executive Director Azure Davis.